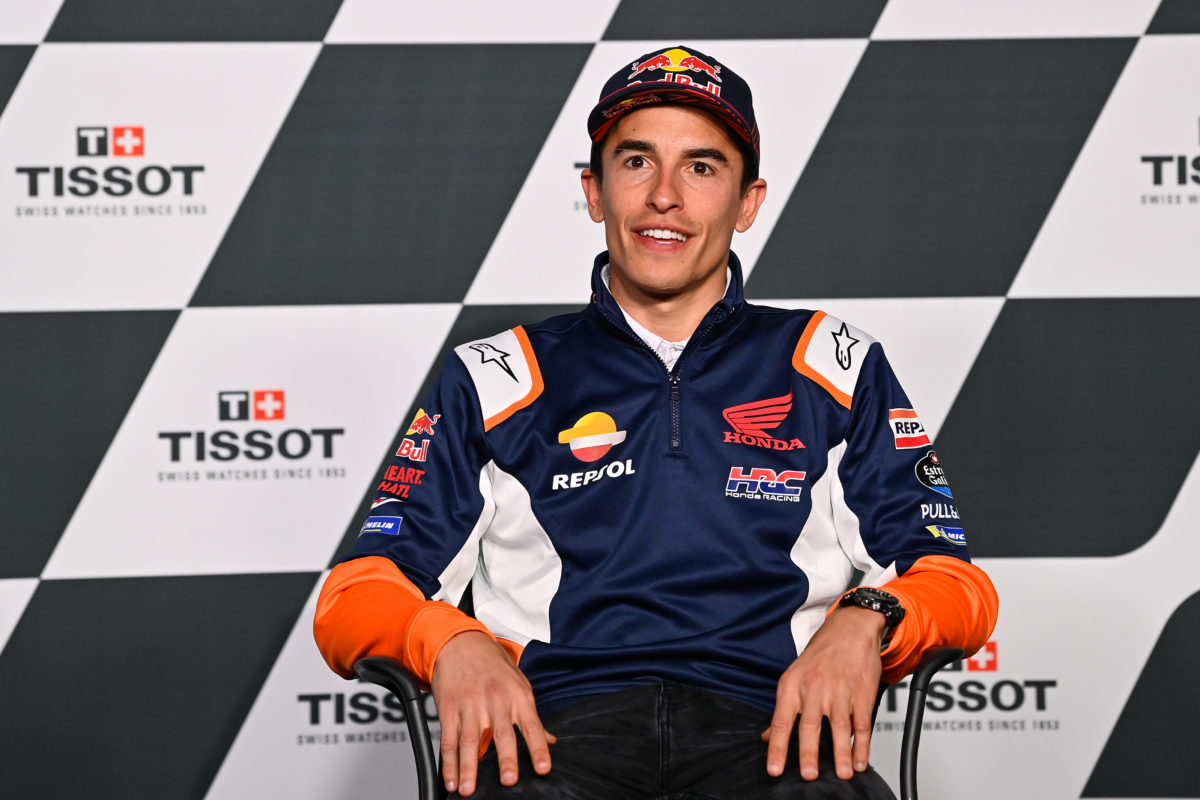 Honda has resolved the issue which affected Marc Marquez at the start of the Grand Prix of the Americas, according to the man himself.

Marquez finished sixth at the Circuit of The Americas, last time out, having charged back through from the very rear of the field after a very tardy getaway when the lights went out.

The Spaniard was tight-lipped about what the issue actually was, but says it will not be a problem in this weekend’s Portuguese Grand Prix.

“We had a technical issue at the start, and it’s something that can happen with a new bike,” he remarked.

“The most important thing is Honda found the problem and resolved it for the future.

“It’s important, and it’s time to think of this weekend and to continue our progression.”

The Grand Prix of the Americas has been held nine times now, and this year’s was only the second that Marquez has failed to win.

However, the six-time premier class champion was forgiving about his mishap a week-and-a-half ago in Texas.

“After the race, I said, ‘Guys, in 10 years we didn’t have a problem on the bike, so sometimes it can happen,’” he recalled.

“Sometimes I’ve made mistakes, sometimes I crash four times in a weekend like in Indonesia, and the mechanics never say anything to me and always have happy faces.

“This is a team and we are working in the same way in the good and bad moments.”

The Grand Prix of the Americas was Marquez’s comeback event after two races on the sideline as a result of the Warm Up crash in Indonesia which left him initially with concussion and then more double vision.

Even after only starting half of the races in the year to date, #93 is 13th in the championship and only two points behind Repsol Honda team-mate Pol Espargaro.

His Austin fightback led his team principal Alberto Puig, to say that Marquez is still a “step above” his MotoGP rivals.

However, the 29-year-old’s manager, Emilio Alzamora, says Honda needs to give him a more competitive bike if he is to fight for the championship.