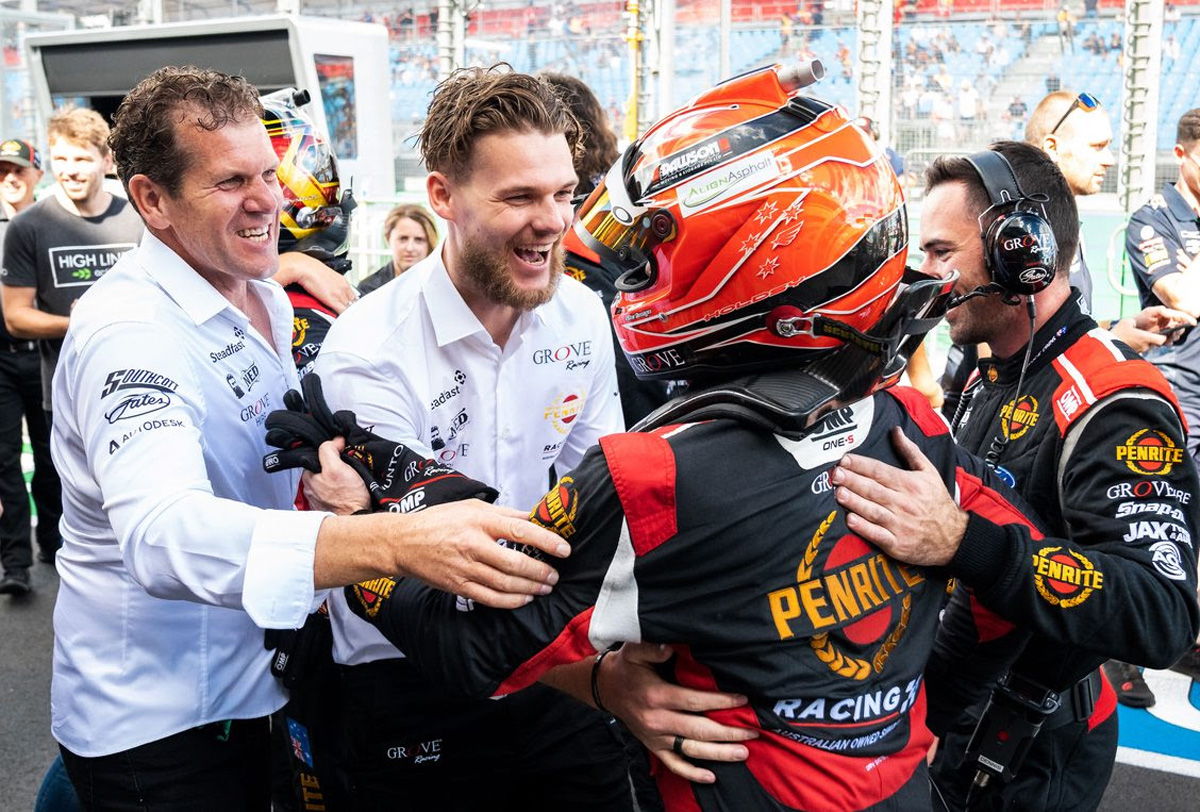 Grove Racing’s rapid charge up the Supercars pecking order has taken even Lee Holdsworth by surprise.

He made no secret of the potential he saw in the project, which has evolved from the Kelly Racing outfit of old, but admits five podiums is a better than expected return after just three rounds of the 2022 campaign.

Team-mate David Reynolds has taken four of those podiums, while Holdsworth broke through for third place in Race 7 at Albert Park earlier this month.

“I don’t want to get too confident but we’re improving and that’s the main thing that we wanted to do from the start of the year,” the 39-year-old told Speedcafe.com.

“I’m certainly surprised how quickly we’ve shot up and the team is operating at a seriously high level.

“They have been taking massive steps every round in terms of their processes and just the mentality and the culture and everything is changing so rapidly, it’s really cool. It’s great to be a part of.”

Having made a slow start at the Sydney season-opener, Holdsworth feels confident about his race pace and is now focused on improving his qualifying.

“There’s better things to come throughout the year so I’m feeling really positive and motivated and pumped,” he continued.

Holdsworth’s career has taken him to various respected organisations including Garry Rogers Motorsport, Stone Brothers Racing/Erebus Motorsport, Team 18, Tickford Racing and Walkinshaw Andretti United, but he continues to be impressed by what he’s seeing at Braeside.

“Every team tries to do everything they can to improve the cars, but I just love the Groves’ attitude and [team principal David] Cauchi as well,” he said.

“Obviously they run a successful business and I think they have taken a very business-like approach to this where they’re not here to be runner-up; they want to be the best in the business.

“That’s what’s making everyone so positive and so upbeat about the future.”

Further on Cauchi, a multi-championship-winning race engineer during his Triple Eight days, Holdsworth added: “When you look at the other team principals in pit lane, they need an element of aggression about them.

“Some principals probably take that too far, some probably don’t take it far enough, and he’s that perfect balance.

“He demands respect in here, everyone gives him respect. He’s a great leader.”

Round 4 of the Repco Supercars Championship, the Bunnings Trade Perth SuperNight, will be held on April 30 to May 1.