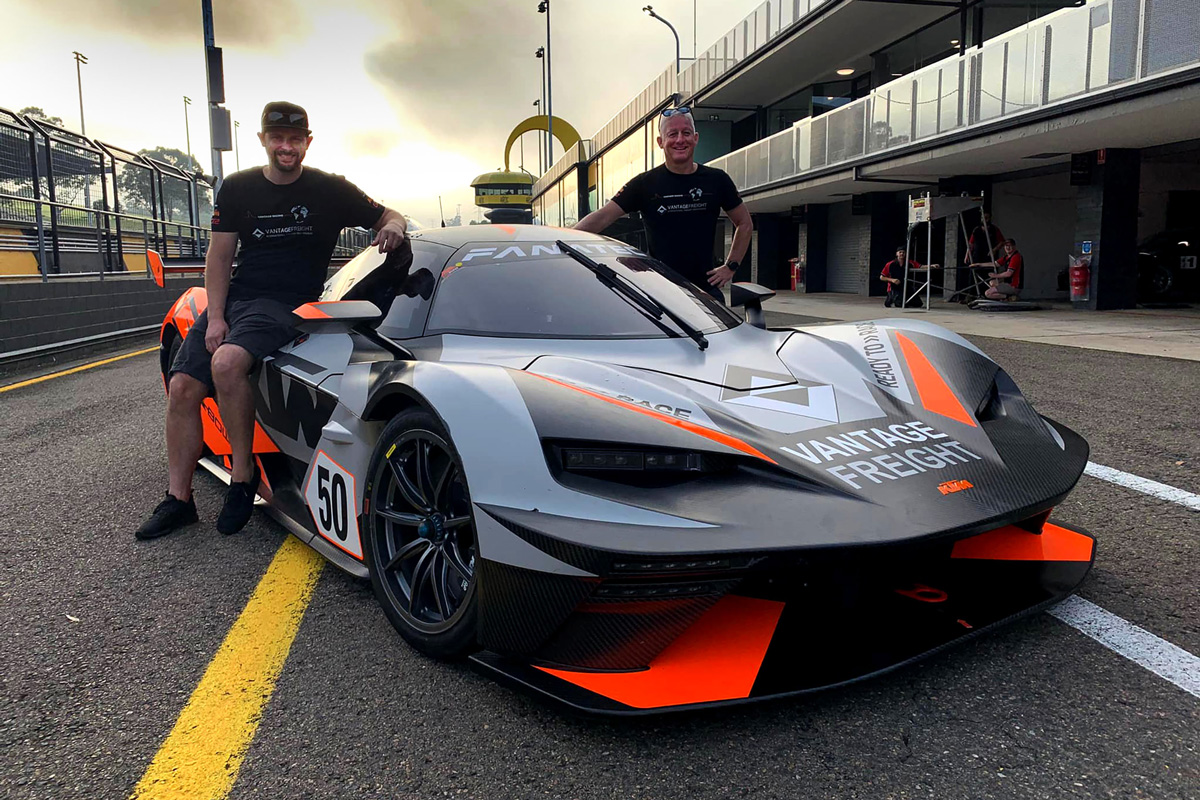 For the first time ever this year’s Liqui-Moly Bathurst 12 Hour field will feature a GT2 specification KTM X-Bow.

The 600hp car will be run by M-Motorsport and Vantage Racing, with driving duties shared between David Crampton, Trent Harrison, Glenn Wood and his brother Dale Wood.

It marks the debut of a GT2 specification car at Mount Panorama and the second appearance for the car on Australian soil.

Entered in the Invitational class, the turbocharged, 2.5-litre five-cylinder KTM will race against a multitude of MARC Cars Australia machines.

“It’s a strong car and should be very competitive,” said Justin McMillan, who will call the shots from pit lane.

“We’re in the invitational class because there’s only one of them, but it will go well. The car is perfect for this kind of race and they already have had a lot of success running in Creventic races over a long distance.

“Glenn, Dale, Trent and Dave are all driving together for the first time but it’s a strong line-up. For Glenn and Dale, in particular, it might be a challenge to stay within the Invitational class lap time requirements! (minimum of a 2:06).”

KTM has extended its factory involvement with the team to include the GT2 project.

“We didn’t have many spares for the car here, so we approached KTM for some assistance with a spares package for the 12 Hour and they assisted greatly. They’re keen to see it run,” added McMillan.

“The car gives away downforce to GT3 cars but it will be quicker in a straight line. It’s going to be interesting to see how it goes.”

The 2022 Bathurst 12 Hour takes place from May 13-15, with more entries to be confirmed in the coming days.