Talabani most recently worked with Andre Heimgartner at Kelly Grove Racing, before leaving the squad in recent months.

That represented their second stint together, after he was also race engineer on the Tickford-run Super Black Racing entry which Heimgartner piloted during his formative years in the Repco Supercars Championship.

Now, the Iraqi-born technical mind will work with another youngster at the Campbellfield squad.

The news was revealed by Thomas Randle, yet another former Tickford Super2 driver, who cut a handful of laps in Best’s #78 FGX Falcon in a test day at Winton earlier this week.

The outing came ahead of Round 2 of the Super2 Series, at Wanneroo Raceway at the turn of the month, where the Benalla steerer will arrive on top of the standings after victory in the latter of two races at Sydney Motorsport Park last month. 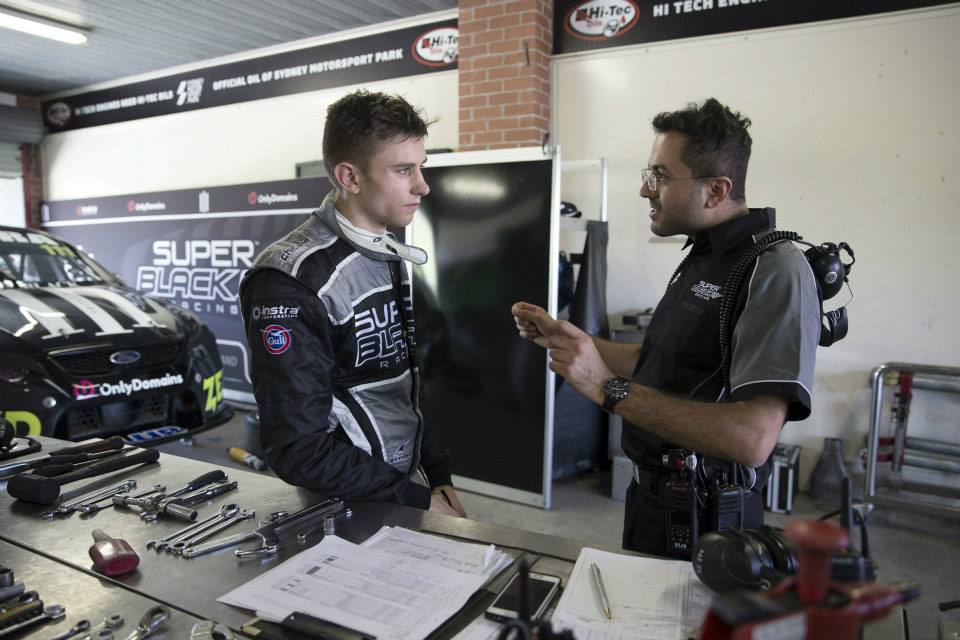 Andre Heimgartner with Talabani during their Super Black Racing days

“I think he’s going really well,” Randle said of stablemate Best on the Parked Up podcast.

“After one round, he’s leading the championship, had a pretty strong weekend at Sydney, which was a couple of months ago now, but [the test was] really just to validate a few things that we decided to do.

“He’s got a new engineer now actually, Dilan Talabani, so he’ll be engineering Zak for the Super2 Series, for the rest of it, so you’ll be seeing him in Perth next week.

“So, that was maybe one of the big ticket items, just to build up that relationship between Zak and Dilan, and just run through a few things, do a green tyre run, and just sort of get back in the groove of the car, because he hasn’t driven that car since Sydney, which was way back at the start of March.

“So, just getting back into the groove of things, and I think that’ll be loaded on Friday and the big trip to Perth will commence on Sunday for the truckies, so a nice, lovely drive across the Nullarbor.”

Practice for the Super2 round at the Bunnings Trade Perth SuperNight will be held next Friday week (April 29).