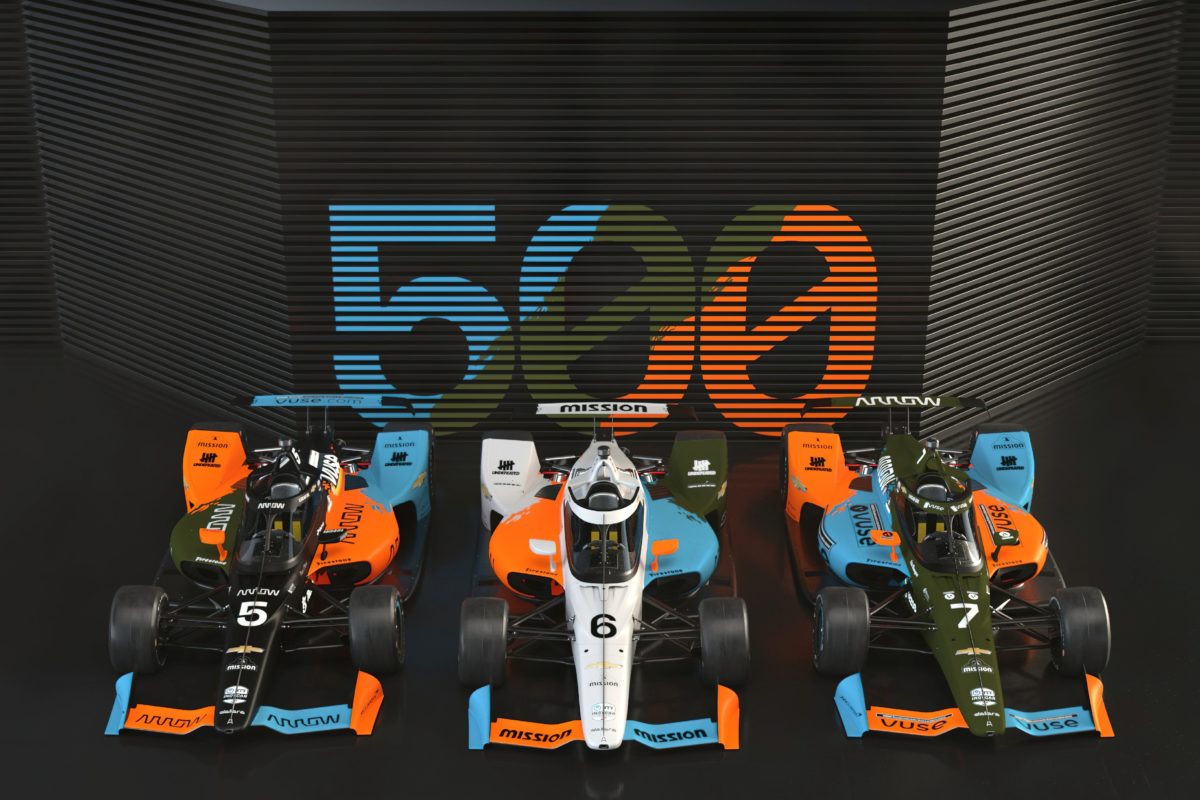 McLaren SP has unveiled a new look for all three of its entries for next month’s Indianapolis 500.

Car #5 of Pato O’Ward, Car #6 of Juan Pablo Montoya, and Car #7 of Felix Rosenqvist, will all sport the olive green hues of sportswear brand Undefeated in some form or another.

The partnership with Arrow McLaren SP and Vuse will also see Undefeated designing the drivers’ racesuits and the squad’s garage for the ‘Greatest Spectacle in Racing’.

It comes after those parties came together last year in a tie-up which saw Rosenqvist’s car run in a ‘tiger camo’ livery.

This time around, Undefeated founder James Bond and his designers have opted for an asymmetric look for the McLaren SP fleet. 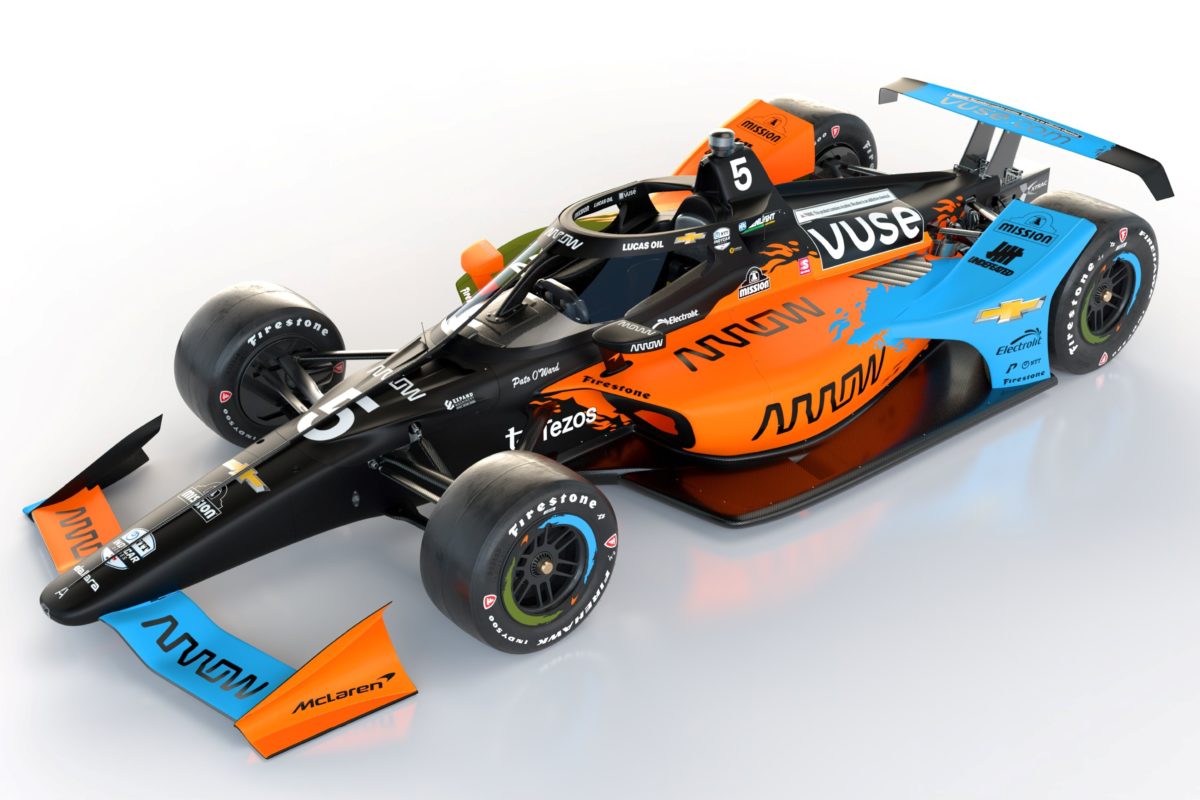 “With the success of last year’s design, the team was ecstatic to welcome back this partnership between Arrow McLaren SP, Vuse and Undefeated to elevate our position on and off the track,” said the squad’s president, Taylor Kiel.

“Collaborating with a brand like Undefeated through innovation and art during IndyCar’s biggest moment of the year helps to bring the sport forward, drive creative innovation, and foster additional interest in the sport.”

Bond remarked, “Continuing our partnership with Arrow McLaren SP, and partner Vuse, for the second year to bring streetwear designs to racing canvases at the Indianapolis 500 is a huge opportunity for the brand and industry.

“I’m excited about the expanded design collaboration and to bring to life Undefeated’s vision across the Arrow McLaren SP team, unifying our brands on and off the racetrack during the month of May.” 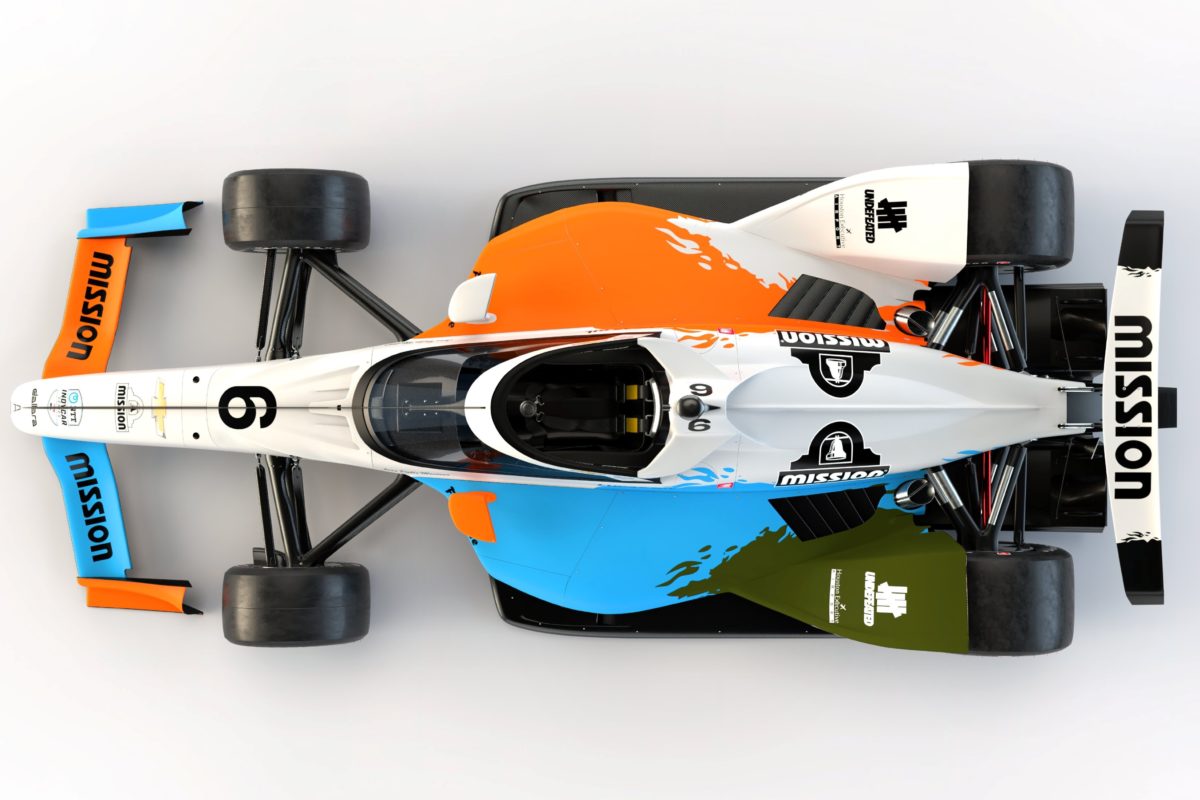 For Montoya, who is back behind the wheel for not just the 500 but also the road course race at Indianapolis which precedes it, there is extra significance in the liveries.

“This partnership is close to home for me because my cousin was part of the design process with James,” explained the Colombian.

“To be able to drive a car that I know was designed by family, that’s special.”

All three McLaren SP drivers will be in action from tomorrow (AEST) in the Open Test at the Brickyard.

The Indianapolis 500, and all other IndyCar races, are streamed live and ad-free on Stan Sport. 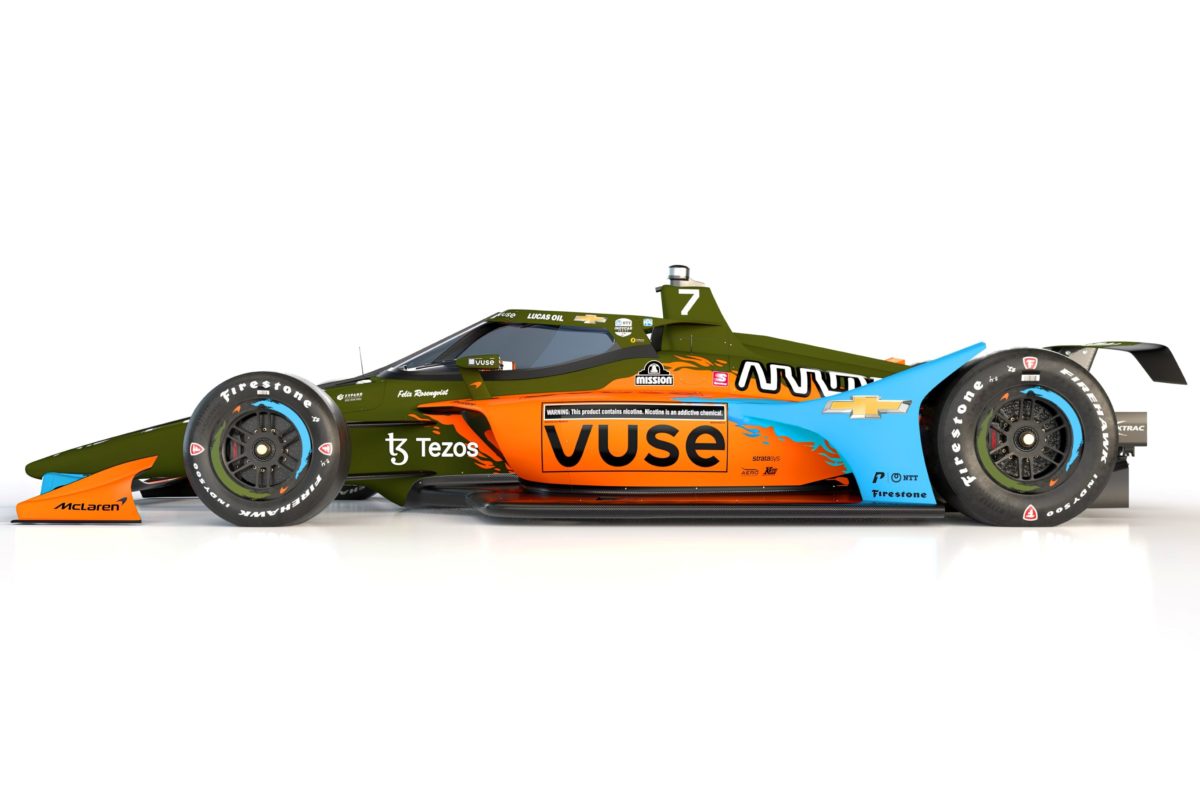