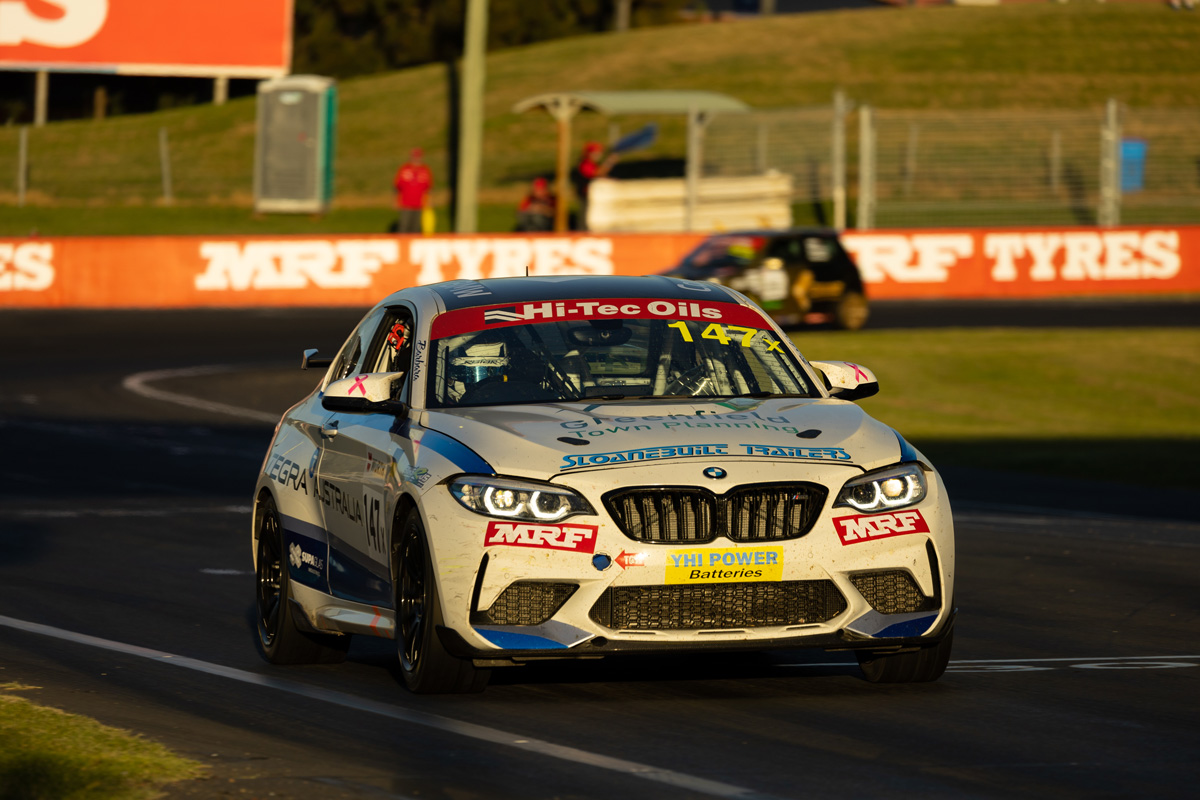 The winning car of Tom Sargent and Cameron Hill

The BMW M2 Competition proved to be the winning weapon of choice for Cameron Hill and Tom Sargent last weekend, the #147 entry appearing to be easily the fastest car in both qualifying and race trim.

The only other M2 in the 60-plus field was that of the Yellow Pages/Race for a Cure #92 driven by brothers Ben and Michael Kavich to seventh, despite a couple of excursions into the run-off at Murray’s Corner.

The bulk of the Class X field instead opted for the M3 or M4 model, including second-placed finishers Tim Slade and Brad Carr.

Slade was full of praise for the build and on-track performance displayed by the #147, but called on event organisers to avoid a situation where any competitor hopeful of contending for outright victory in 2023 would need to fork out to buy or build an M2 Competition of their own.

“It does make some sense,” he said of Slade’s comments.

“You don’t need an arms race when it comes to the 6 Hour because really the whole idea of it is – look, all motorsport is expensive, let’s face it – but it’s one of the more affordable levels of motorsport.

“There’s always going to be a dominant road car, but I think his comments were very valid, so what exactly can or can’t be done as we move forward, that certainly needs to be looked at.”

Rogers would also like to see a scenario where other brands can challenge BMW at the pointy end of town, given the German marque has won all six editions of the 6 Hour to date.

“There’s no point having 50 BMWs racing each other because that will take away from what it is all about,” he continued.

“You’d like to think, I’m not sure exactly how or what, better brains than mine will probably work that out, but you want to make it appealing for a number of brands certainly in that open class.

“I think something will need to be done there.”

Rogers overall hailed the event a “great success” which he feels “harks back to what Bathurst was built on”, and pointed to huge fields in support categories as well.