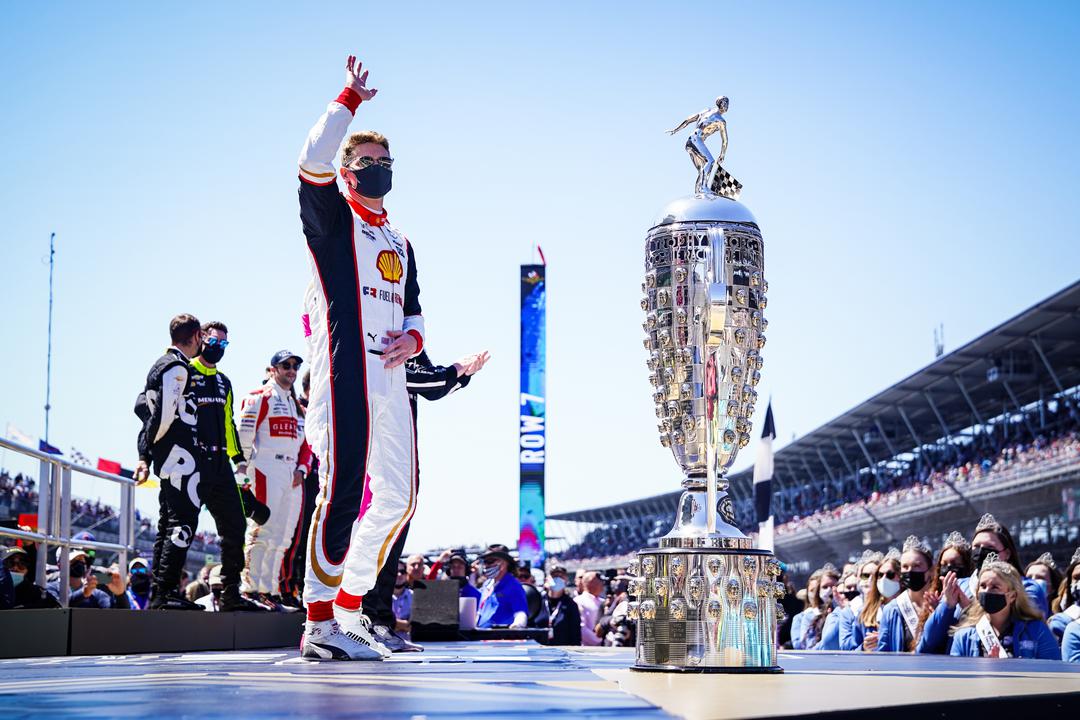 Josef Newgarden before the start of the 2021 Indianapolis 500

Two-time IndyCar champion Josef Newgarden says he is not putting any extra pressure on himself to finally win the Indianapolis 500 next month.

The Team Penske driver has won the last two of three races in the year to date, including in the only oval event so far, when he passed team-mate Scott McLaughlin at the last corner at Texas.

He is now the series leader with a career tally that stands at 22 IndyCar victories, but none have come in the big one.

Indeed, Newgarden’s best result in the Indianapolis 500 is a third placing back in 2016, his last season with Ed Carpenter Racing before linking with ‘The Captain’.

His record since then is three top 10 finishes in five attempts, the best of those results being a fourth in 2019, when Simon Pagenaud triumphed in another Penske car.

However, the 31-year-old is not particularly worried about the monkey on his back.

“I’m focused on it,” he said of the prospect of collecting the Borg-Warner Trophy for the first time.

“I can’t do more than what I’ve done in the past, I can tell you that.

“So, I’m not putting extra pressure on myself that I have to do some superhuman feat.

“For whatever reason, it’s just not clicked yet, so I’m just staying the course, I’m going to put my best effort forward, like every year, and I’m going to try and put myself in a position to maybe win the race.

“One of these years, it’s got to work out. I would love to do that for our team.

“You know, it’s a tough one to win [and] I think that’s what makes it so special.

“You can go your whole career and not win the Indy 500, and I accept that if that’s the case, but I’m not going to go down without a fight.”

Since victory in Long Beach last time out, Newgarden and wife Ashley have become parents, with the birth of Kota Nicolai paving the way for him to head to Indianapolis for an uninterrupted Open Test, starting tomorrow morning (AEST).