Marquez being held back by Honda MotoGP bike, says manager

Marquez being held back by Honda MotoGP bike, says manager 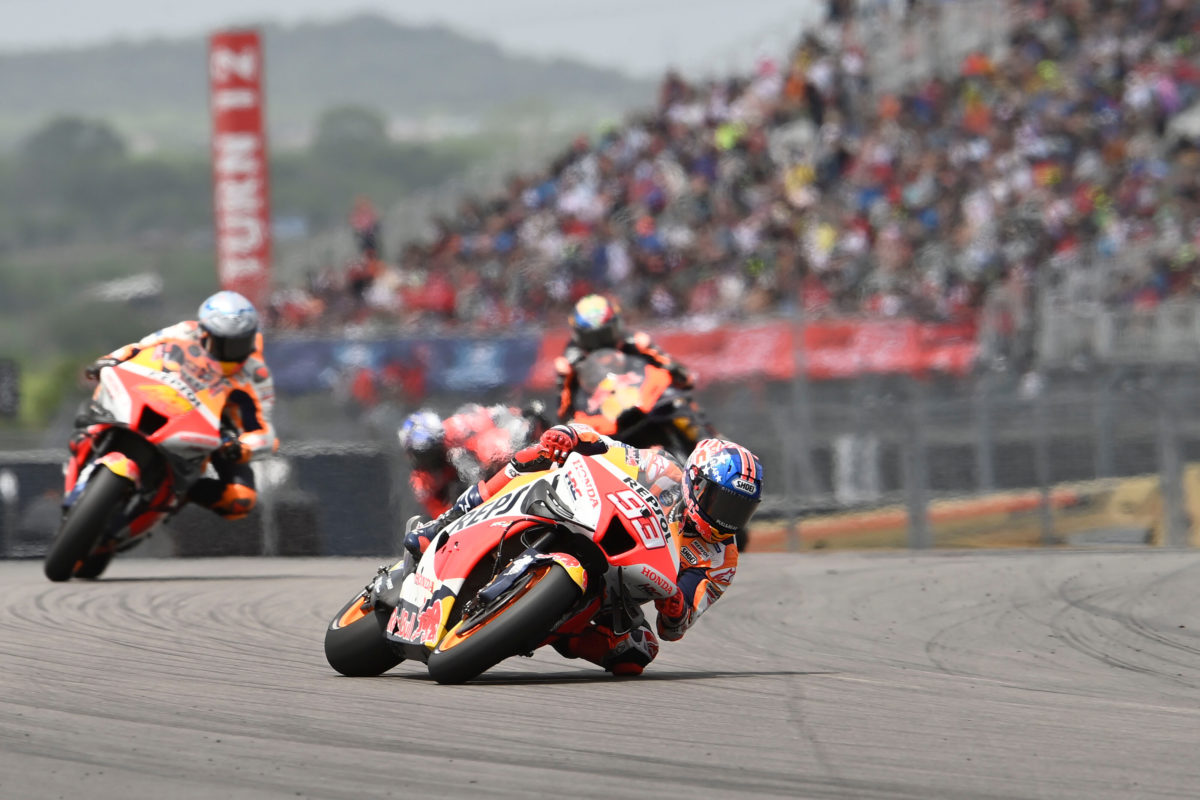 Marc Marquez is being held back by the performance of Honda’s MotoGP bike, according to his manager, Emilio Alzamora.

The six-time premier class champion is 13th in the riders’ standings having missed two of this year’s four races to date due to his crash in the Warm Up session at Mandalika.

However, in his return event at the Circuit of The Americas, just over a week ago, he charged to sixth by the chequered flag after dropping to the very back of the field as a result of a technical problem at the start.

Marquez had admitted last month, prior to the monster highside in Indonesia, that he was still missing the “special feeling” which he had with the front end of his Honda.

However, how much of that can be attributed to the lingering effects of the crash at Jerez in 2020 in which he badly broke his right arm, and how much to the radical off-season revisions to the RC213V, remains to be seen.

Honda has made a big effort to make its bike more user-friendly for other riders, and Marquez said on the eve of the season-opening Qatar Grand Prix that it felt like something from a different manufacturer, although he did broadly endorse the changes.

After a second bout of diplopia in the space of six months, which had some questioning the 29-year-old’s future in the sport, his manager is bullish about picking up a seventh MotoGP title, if his team comes to the party.

“Honda has made a great effort, and Marc is pushing and giving instructions, but he needs Honda to give him a more competitive bike.

“I think they’re on the right track, otherwise the comeback will be impossible. Even so, we need more support from them.”

Repsol Honda team principal Alberto Puig, himself a former rider, said Marquez’s fightback in the Grand Prix of the Americas showed he remains a “step above” his rivals.

Alzamora, in his own words, was left “angry” by the drama at the start, but had similarly effusive praise for his client.

“I always say that athletes must pursue their own luck and he’s doing that, but he’s not really gotten any yet, because that technical failure at the start complicated his race after the immense effort he made to get here.

“For us, this sixth place is a victory and gives Marc and Honda some oxygen to continue working, because the road is long.”

On the other factory Honda, Pol Espargaro finished 13th at COTA as he battled illness.

He is 11th in the championship, two points ahead of Marquez, on the way to this weekend’s Portuguese Grand Prix at Portimao.