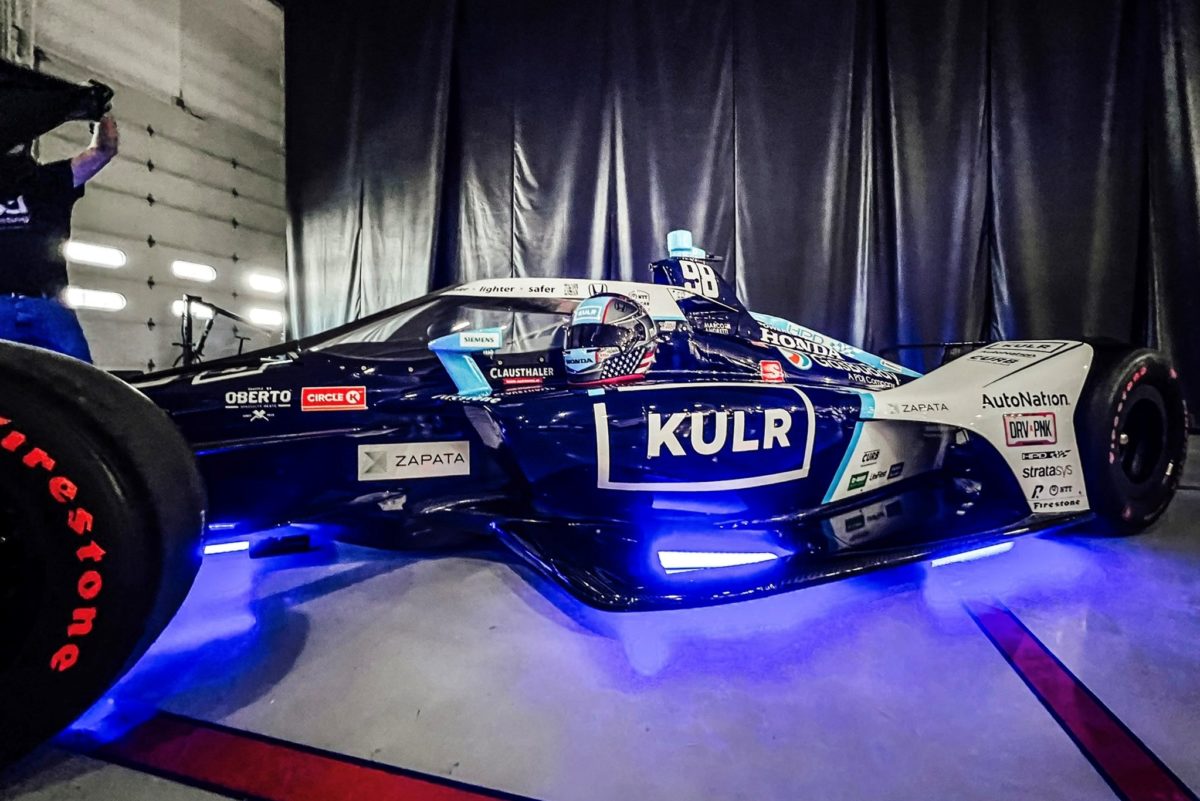 The livery which Marco Andretti will race with at next month’s Indianapolis 500 has broken cover.

The #98 Andretti Herta w/ Marco & Curb-Agajanian entry which he will drive will sport the backing of thermal management technology firm KULR.

Andretti announced his retirement from full-time IndyCar competition in January 2021 but committed to contesting that year’s Indianapolis 500, and is once again undertaking a one-off programme this time around.

His entry at the Brickyard takes Andretti Autosport, owned by father Michael, to five cars for IndyCar’s flagship race.

The #98 Honda joins a squad which is ordinarily comprised of Car #26 of Colton Herta, #27 of Alexander Rossi, #28 of Romain Grosjean, and #29 of Devlin DeFrancesco.

As it stands, Grosjean, in his first year with the Andretti team, is best placed of that quartet in fifth in the standings.

Herta, however, qualified on pole position for the Grand Prix of Long Beach, last time out, and was in the podium positions when he crashed out with 30 laps to go, while Rossi won the Indy 500 as a rookie in 2016. 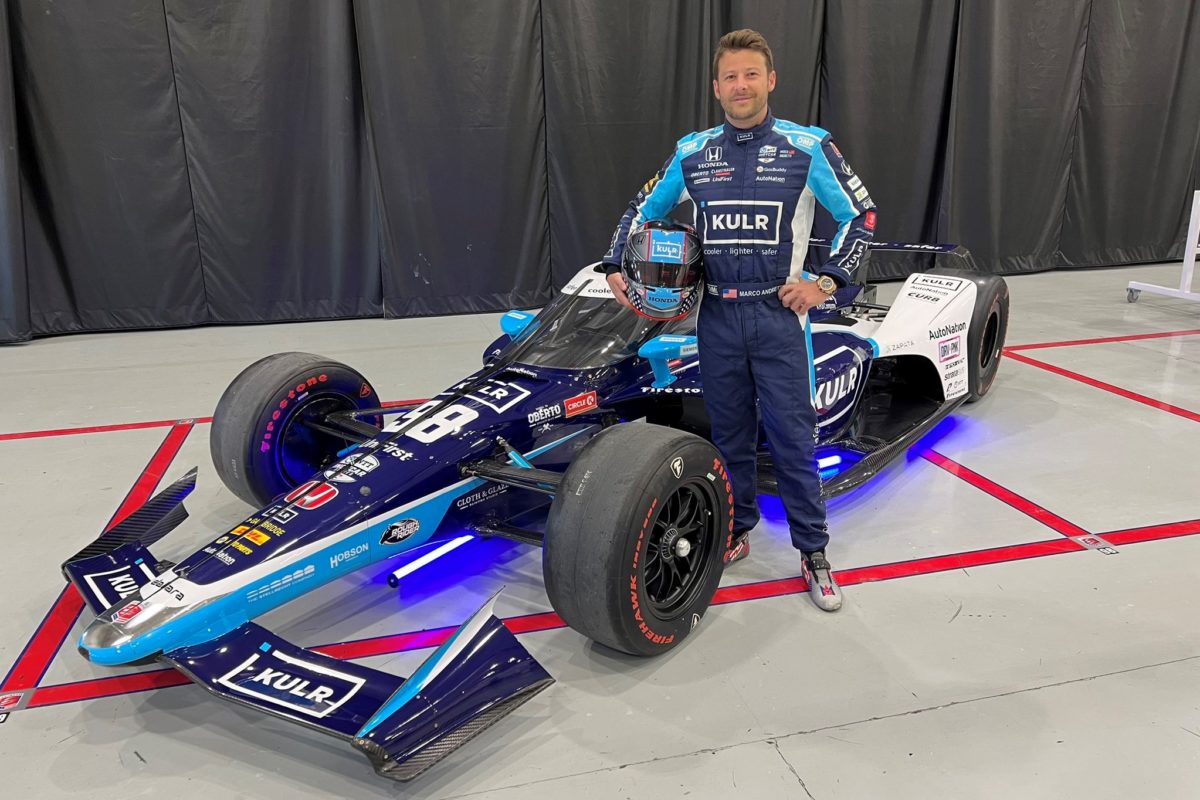 Marco Andretti can also count his first Indy 500 as statistically his best so far, having finished second in 2006, and was the pole-sitter in 2020.

Andretti Autosport is one of two teams committed to running five cars in the ‘Greatest Spectacle in Racing’, the other being Chip Ganassi Racing.

With Jimmie Johnson running the full season this time around, and hence making his Indy 500 debut, Tony Kanaan will be in an extra entry at CGR rather than filling the #48 seat for the ovals.

So far, there are 32 entries committed to the race, and the Open Test which takes place at the Brickyard tomorrow and Friday (AEST), although series chief Mark Miles is bullish about reaching the traditional figure of 33 cars.

Paretta Autosport, which made its only IndyCar start to date in last year’s Indianapolis 500, has announced it will be back in the IndyCar field for a part-time programme this year with Simona De Silvestro, but not until June’s Road America event.