Gardner: Start to rookie MotoGP season ‘a big slap in the face’

Gardner: Start to rookie MotoGP season ‘a big slap in the face’ 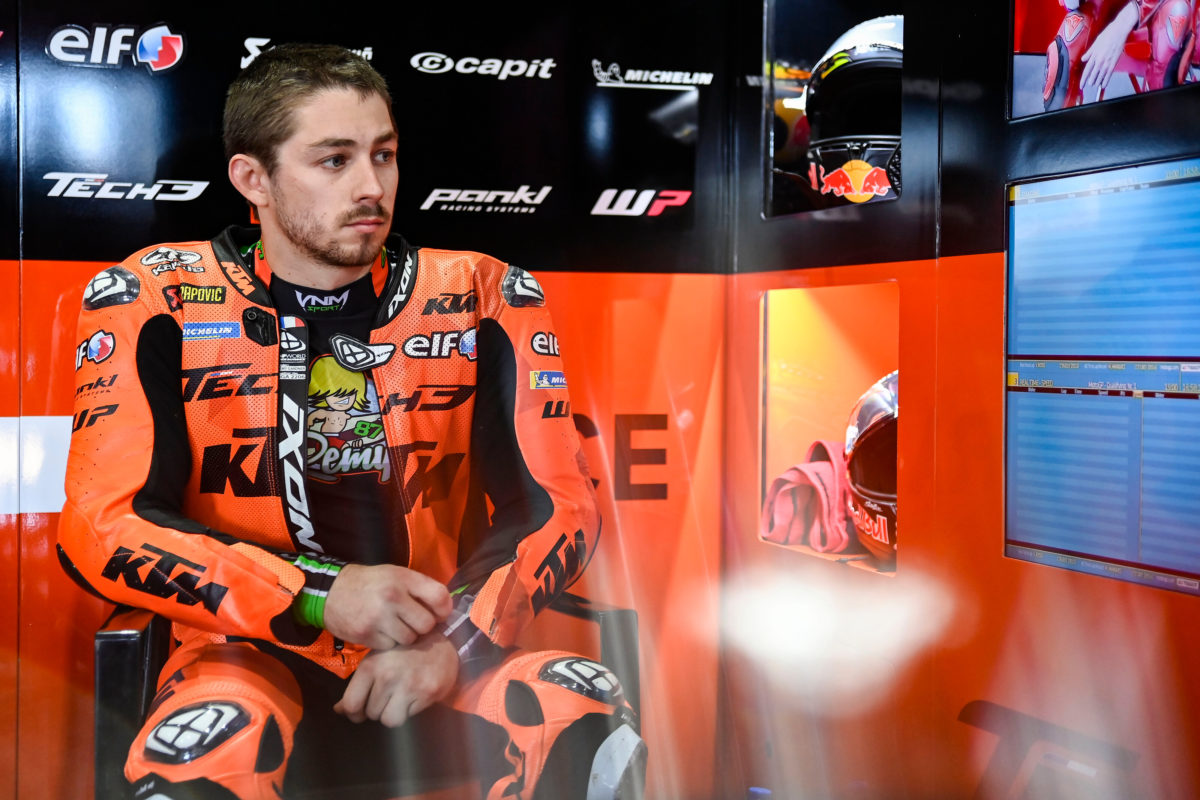 Remy Gardner has described the start to his rookie MotoGP season as “a big slap in the face” after scoring just one point in the opening four races.

The Australian and Raul Fernandez collectively dominated last year’s Moto2 world championship as KTM Ajo team-mates, and made the step up to the premier class together at Tech3 KTM Factory Racing.

However, Gardner’s 15th in Round 1 of the season in Qatar represents the only pointscoring finish between the two of them so far.

The 2021 intermediate class champion finished 20th last time out at the Circuit of The Americas, where the wrist fracture which he sustained in off-season training was still causing grief.

Even so, he is far from happy with what has transpired so far in 2022, and hopeful that a spell in Europe will bring with it an upturn in form.

“I expected a little better if I’m honest with you, seeing what other guys have done in the past and I think how we finished the Moto2 year so dominant,” said Gardner.

“So, if I’m honest with you I expected more.

“It’s been a really tough first few races; hopefully getting back to Europe can bring a bit of stability.

“Still a lot to learn; that was a big slap in the face, that’s for sure, especially here [COTA].”

The 24-year-old, and team boss Herve Poncharal, have often noted that their reference should be the factory Red Bull KTM riders, Brad Binder and Miguel Oliveira.

The Austrian marque held the lead in the teams’ and manufacturers’ championships after Oliveira won Round 2 at a wet Mandalika, but struggled somewhat in Argentina and particularly in the Grand Prix of the Americas.

There, while Gardner was 42 seconds slower than the race winner at COTA, Binder was the only one of the KTM quartet to make the points, in 12th position.

“For KTM, I’m hoping they can take something away from here on how to improve the package that we have,” added Gardner.

“They’ve got four riders giving their best and got two amazing riders at the factory team and one of them not in the points, and we’re obviously finishing at the end of the pack, giving our 200 percent every corner.

“Hopefully they’ve got good data from that and they can try and think of a way to move forward.

“For sure it’s not the easiest track for KTM, [as] we’ve seen in the past.”

The second-generation rider, whose father Wayne won the 1987 500cc title, is 22nd in the championship ahead of this weekend’s Portuguese Grand Prix.