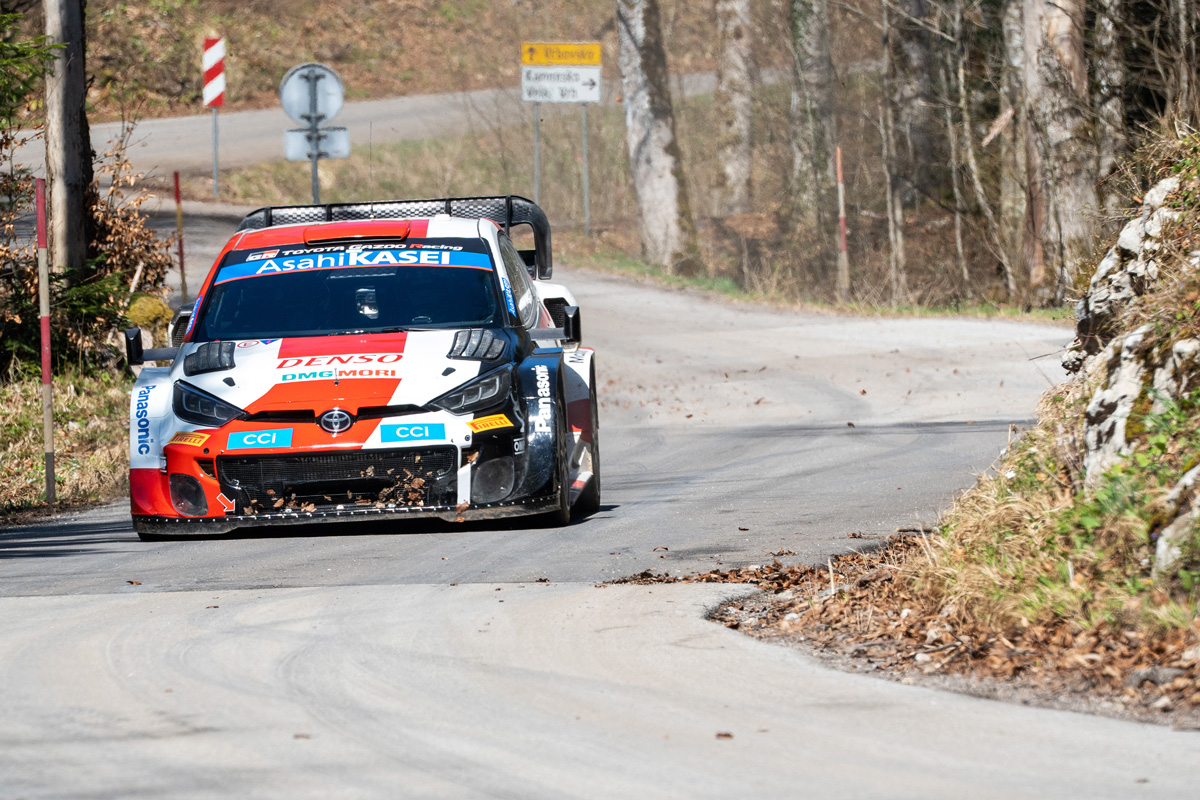 A Toyota GR Yaris Rally1 during a pre-Croatia Rally test

Kalle Rovanpera returns to Croatia in a familiar scenario.

By the completion of its opening stage, he’d gone from hero to zero, crashing out almost immediately.

The Finn subsequently relinquished the championship lead and never got it back.

Twelve months on, Rovanpera is perched atop the WRC standings for the first time since that fateful day – 14 points ahead of Thierry Neuville of Hyundai – and he’s desperate not to have a repeat of his 2021 Croatia Rally fate.

“I have been waiting to get back in the car for Croatia and that’s always a good sign,” said the 21-year-old.

“We’ve only had two rallies but it’s always nice to have some good points in the beginning of the season.

“We are in the same situation as last year leading the championship going to Croatia and hopefully we can do better there this time around.

“It will be a big challenge for us because we didn’t get to experience most of the stages last year, but we have been in this situation before with less experience than our rivals and I will do my best to manage.

“The feeling in the test was positive and I think there has been really good progress with the car. Hopefully it will go well on the event too.”

Toyota team principal Jari-Matti Latvala believes his outfit is now in a position to focus on the performance of its new-for-2022 hybrid Rally1 package, in a positive sign for their title ambitions.

“The first two events of the season with the new regulations were very intense and the break in the schedule has given us the chance to evaluate what we have learned and to keep developing the GR Yaris Rally1,” Latvala said.

“We had some test days on gravel in Sardinia and then the pre-event test in Croatia last week.

“Until now, a lot of the focus has been on reliability and the function of the hybrid system, but now we can really work on optimising the setup of the car and trying to make it even stronger.”