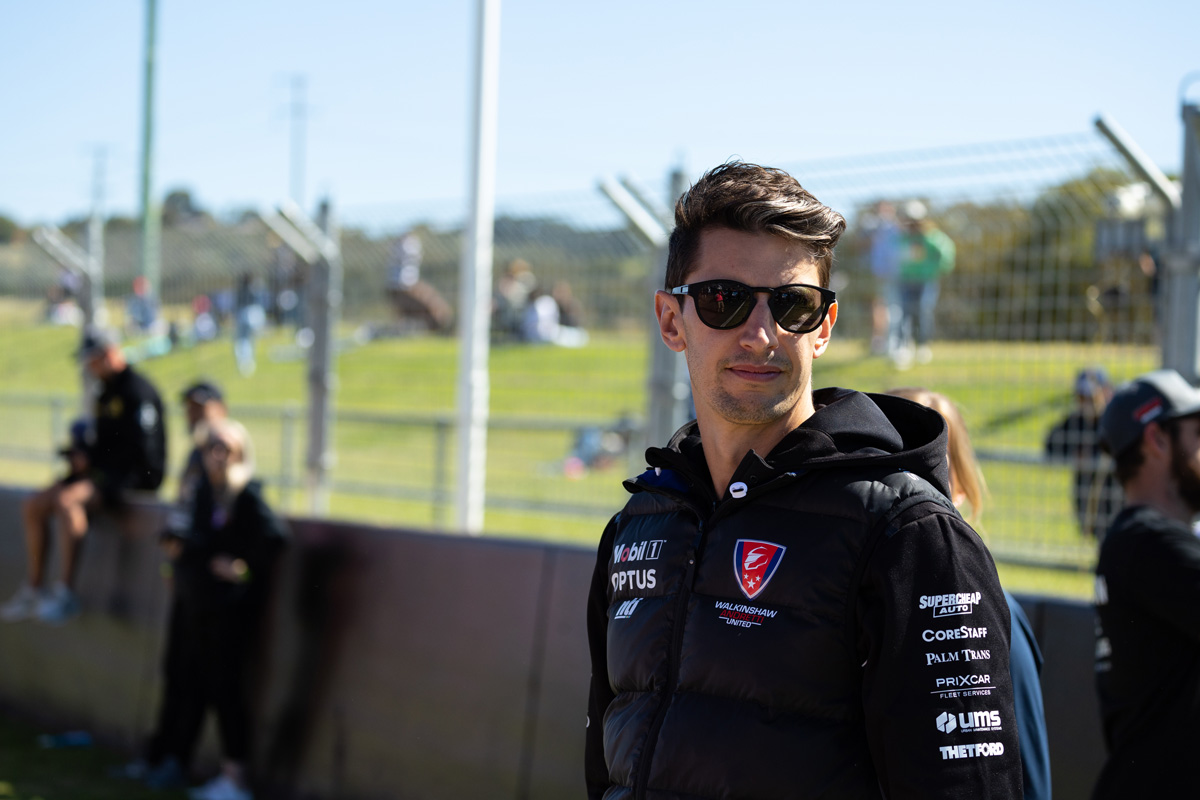 Nick Percat signed with Walkinshaw Andretti United to test himself against the best. He wanted to be pushed to new heights. And he believes he’s already reaping the rewards of that move.

Percat’s return to Clayton hasn’t necessarily been straightforward on the track, perched 13th in the championship after three rounds – 10 spots below team-mate Chaz Mostert.

That’s not been helped by a hot-and-cold Sydney SuperNight, a visit to Tasmania where the entire squad struggled, and a Saturday “disaster” at Albert Park that included being turned around at the penultimate corner of Race 7 by Anton De Pasquale.

But Albert Park was the most promising run for the #2 Mobil 1 NTI Racing Holden yet, bookending the four-race weekend with finishes of fifth and sixth (from respective starting slots of sixth and seventh).

“It’s been good. Chazzie is probably driving the best he has and he’s having a good crack at it and when it all goes his way, he gets a win,” Percat, who on Sunday finished third in the Hi-Tec Oils Bathurst 6 Hour, told Speedcafe.com.

“So far it has been really enjoyable and I feel like I’m driving quite well as well.

“It has definitely lifted my level and as you can see between the two of us, his outright speed is probably a little bit better too because we are quite close when it comes to the data and stuff like that and the way we set up the cars similar so we are developing the cars quicker.

“What we wanted is working, and I’m sure once we get further into the season and myself and Geoff [Slater, race engineer] are at 100 percent with the car, it will probably be a little bit closer again between the two of us.

“But I don’t expect to have rocked up and be beating Chaz in the first three or four rounds because he obviously knows the car very, very well and he’s also driving very well.”

Having punched above his weight at Brad Jones Racing year after year, the 2011 Bathurst 1000 winner sees a higher ceiling with the new package underneath him.

“It always feels like the car is good enough to be in the top five or six, so that’s the best thing about it, I guess not having to throw the kitchen sink at it overnight and stuff like that.

“The cars are that little bit better than what I have had before so it’s just about maximising it.”

Walkinshaw Andretti United are currently third in the teams’ championship – they haven’t finished that high come the end of a season since their days as the Holden Racing Team.

The Supercars circus next heads west for the Bunnings Trade Perth SuperNight on April 30 to May 1.