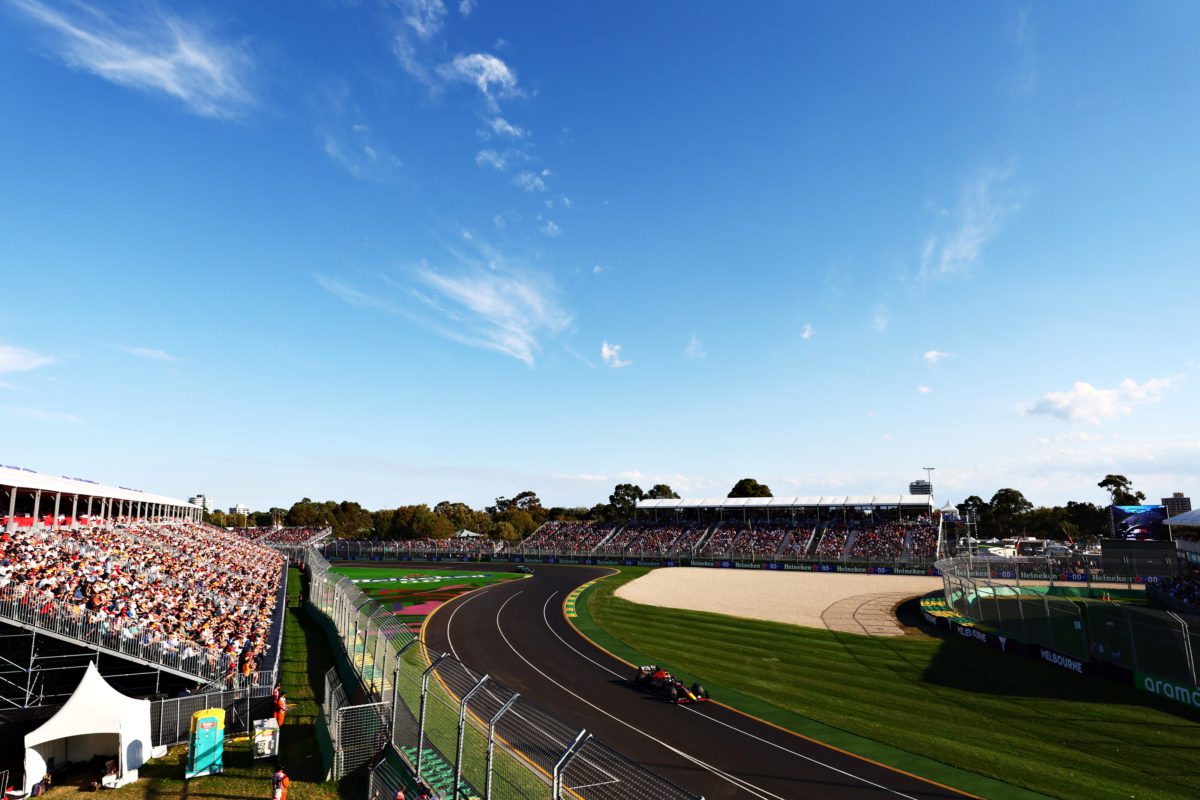 While there is broad support for Formula 1 to take in new events in new locations, there is also concern that it may come at the expense of some of the sport’s more traditional events.

F1 next year will add a third race in the United States, with Las Vegas to join the calendar in the latter part of the year.

It joins Miami, as the state of Florida next month hosts Formula 1 for the first time since Bruce McLaren won in Sebring in 1959.

Qatar, Saudi Arabia, and a raft of others have also joined the calendar in recent years, while venues such as Germany has not been a regular on the schedule since 2014.

There is currently pressure on the French Grand Prix, which is set to host the final race under its current contract in July. Monaco too is no longer the sacred cow it once was.

“It’s always exciting to go to new places, providing they are the good places, the right places for us to be at,” opined Sebastian Vettel when asked by Speedcafe.com about the sport’s growth, and the prospect of losing some ‘traditional’ races.

Only two events have been held every year the world championship has run, namely the British and Italian Grands Prix. However, Monaco, Germany, France, Canada, and even Australia, are considered traditional events.

“Going to new places, I think there’s like, call it a double upside,” Daniel Ricciardo said when Speedcafe.com asked him the same question.

“You get to explore, if you’ve never been to that place, the new city, new country, as it is.

“Then, as a driver, trying to suss out a new circuit, and try to break it down, and break it down quicker than anyone else, that’s something we also enjoy and thrive on.

“I love getting to a new track and trying to just master it quicker than the others, so there’s definitely some enjoyment and satisfaction for going to a new venue, absolutely.

“Obviously the flipside, whether it’s your Monzas or your Spas, your Silverstones, these tracks we’ve competed on our whole life.

“There’s also a lot of history but also it’s kind of nostalgic and sentimental to race there, and continue to compete there.

“I think for those home fans and that crowd, it’s very special to them. And probably generations or whatever ‘I’ve been going to those exact races and those exact venues’.

“So there’s definitely some special places which I would obviously want to keep continuing to go to, but equally excited to explore new ones.”

Of the venues Formula 1 still visits, Monza has been the most prolific, hosting the Italian Grand Prix every year bar 1980, when it moved to Imola.

Elsewhere Silverstone hosted the inaugural round of the world championship, the European Grand Prix in May 1950, while Spa-Francorchamps has long been a fixture dating back well into the 1950s.

Mexico City too has come and gone, while others like the Canadian Grand Prix have been a mainstay since the 1960s. COVID interruptions aside, Australia has been on the calendar since 1985, and in its current home since 1996.

Japan is in a similar position, while the return of the Dutch Grand Prix saw F1 revisit a venue it first raced around in 1952 (in a world championship event) and missed just four years until the mid-1980s.

Brazil owes its place on the calendar to the popularity of Emerson Fittipaldi in the early 1970s. Though its event is now known as the Sao Paulo Grand Prix it remains at Interlagos, where it has been since 1990.

More recently, the sport has moved into new territories, with an expansion in the United States but also venturing into the Middle East.

Bahrain was the first such event, appearing in 2004, with Abu Dhabi and others following. Qatar is slated to join the calendar permanently next year after stepping in for Australia last year, though there is an expectation the venue will fill the gap on the calendar left by the cancelled Russian Grand Prix this year.

And while many of those events have been added to the calendar and contributed little to Formula 1 in anything more than a financial sense, the same cannot be said of Singapore.

In the years since it has solidified itself as a popular addition to the schedule, an event known for its gruelling test of drivers that often runs a full two-hours.

It is proof that modern additions to the calendar can transcend into modern classics, as Australia once did, and it is something Vettel in particular is cognisant of.

“There was an absence of racing in America, then Austin sort of came back on the calendar, which was very exciting and established a great place,” he noted.

“Maybe another is Singapore – we’d never been there before and now it’s great to be back this year. You know, the first night race, I think there’s something special about that track and the place.

“So it’s good to explore new sites, and obviously you hope that all the new places you go to are an addition.

“Equally, you don’t want to lose out on the places you’ve come for so long.

“But there’s only so many weekends in a year,” he conceded.

“I don’t know, maybe alternating one year and another year could be an option, but there’s plenty of interest.

“Obviously there’s financial interest in new places that we’re going, and in the end F1 is a business. I think we see it more as a sport.

“I think it needs a sort of mixture between exploring but also holding on to places that have history.

“It’s unimaginable to lose Italy, for example, off the calendar for many reasons, even though they probably pay the least. This is something we need to hold on to.”