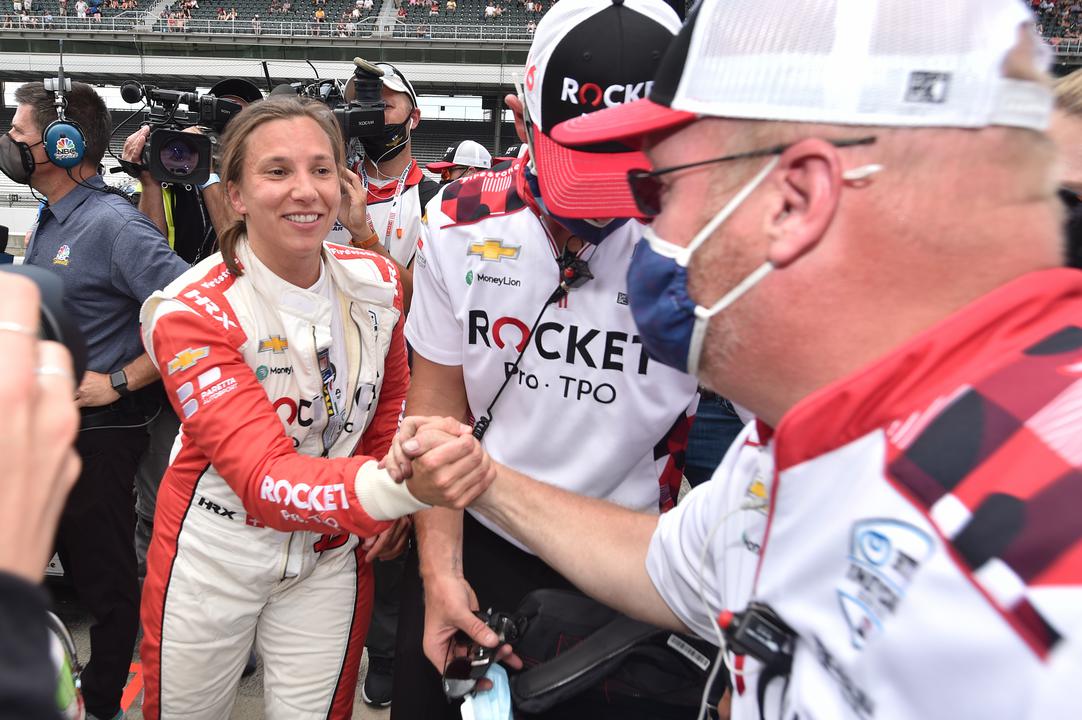 Simona De Silvestro is poised to return to IndyCar competition, with a media call issued on behalf of her 2021 Indianapolis 500 team.

While that press conference will be held on the eve of the two-day Open Test for the Indianapolis 500, it should not necessarily be taken as indicative that De Silvestro will be added to the entry list for the fortnight-long May event.

Thus far, 32 cars have been confirmed for the test, representing all those committed to the ‘500’, with reports linking Paretta instead to a multi-race road course programme.

De Silvestro was classified 31st in last year’s Indianapolis 500 but had been an effective 22nd until the #16 Chevrolet locked up its rear brakes in its final pit stop, hardly a unique problem last May.

The one-off entry and its predominantly female crew did, however, manage to escape Bump Day and qualify in the 33-car field when two others did not.

Paretta Autosport continues to be part of Penske Entertainment Corp’s Race for Equality & Change programme, the stated aim of which is to “increase diversity across all roles in motorsports.”

It fielded De Silvestro for what was her sixth Indianapolis 500 start last year, her best result being 14th in her rookie appearance in 2010 as part of the first of four full-time IndyCar seasons to date.

After this week’s Open Test, 2022 competition resumes with Event 4 of the season at Barber Motorsports Park on April 29-May 1 (local time), with practice for the Indianapolis 500, Event 6 of the campaign, from Tuesday, May 17.