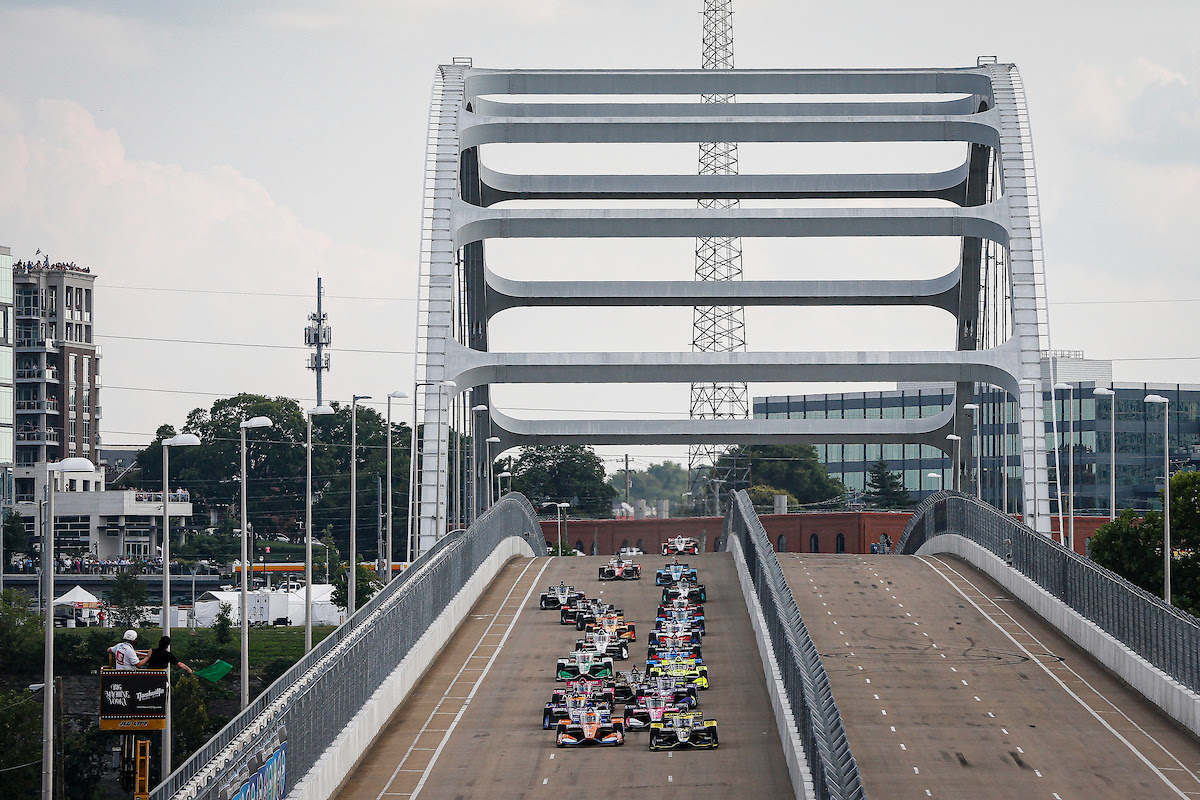 The start of the inaugural Music City Grand Prix

Changes to the Nashville IndyCar street circuit have been announced ahead of the second Music City Grand Prix, this August.

The most significant of them is said to be the movement of the restart zone, which was last year located at the finish line, in front of Nissan Stadium.

It will now be situated on the long, slightly curved run between the Korean Veterans Bridge (KVB) and the Turn 9 left-hander, where the start was held last year.

According to organisers, the change “should provide cleaner restarts and more immediate passing opportunities.”

Other modifications to the 2.17-mile (3.49km) circuit, per Music City Grand Prix’s announcement, are:

IndyCar raced at Nashville Superspeedway from 2001 to 2008, before returning to the Tennessee city last year.

The 2022 Nashville event takes place on August 5-7 (local time), with that race and all others to be streamed live and ad-free on Stan Sport.

In the meantime, the IndyCar field will test at Indianapolis this week, and race at Barber Motorsports Park at the turn of the month. 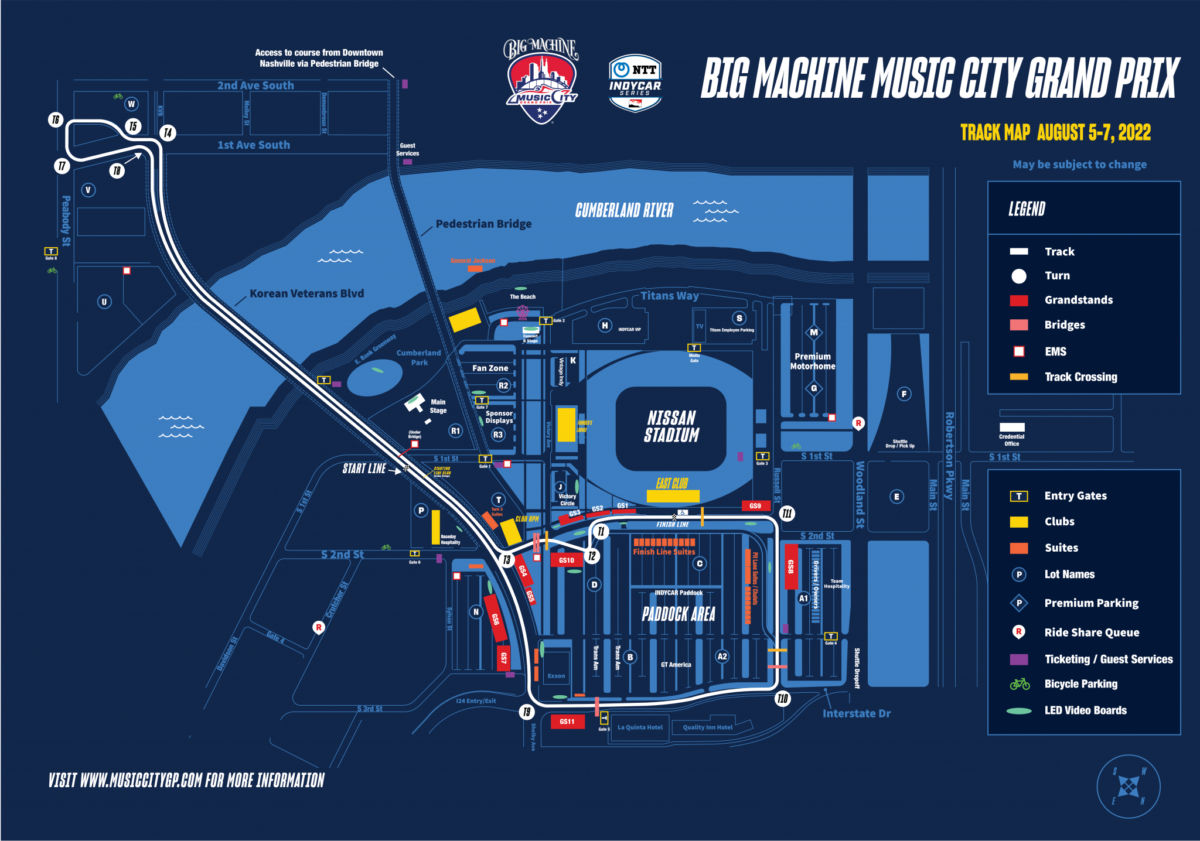