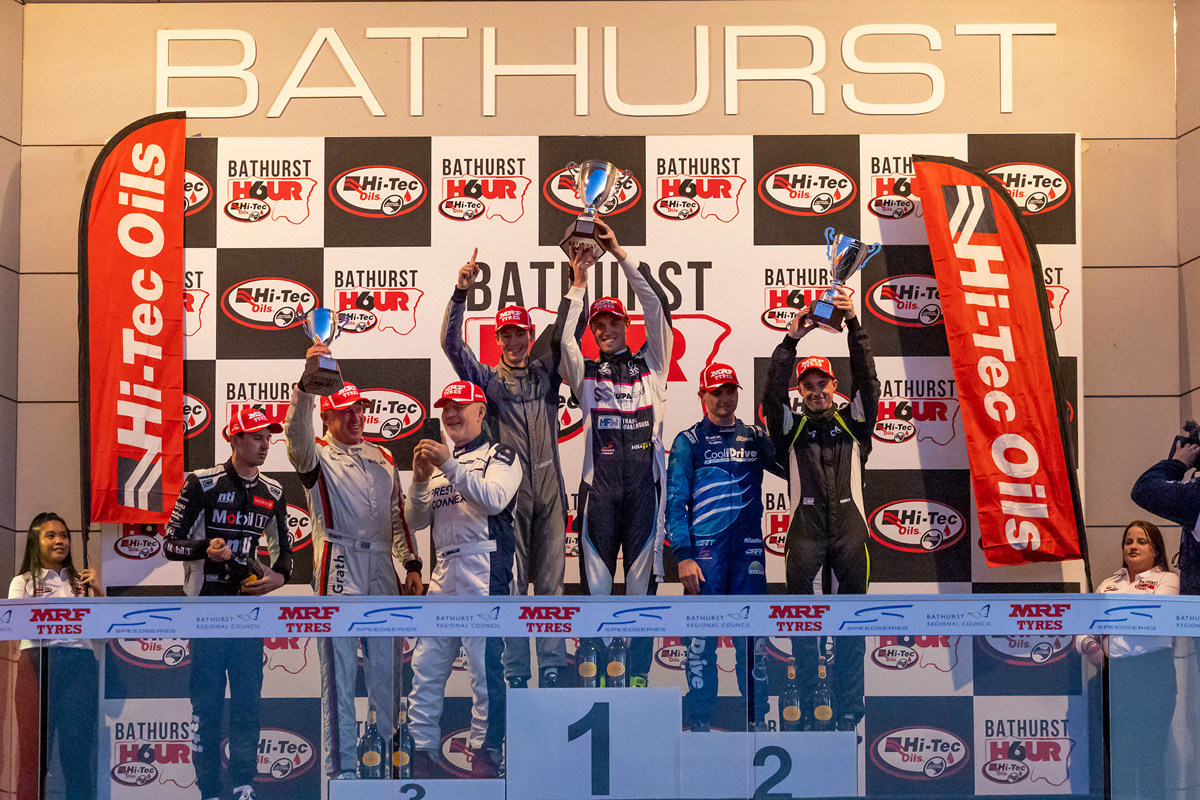 Tom Sargent and Cameron Hill have opened up on the long slog that paved the way for their names to be etched in Mount Panorama history.

The unheralded duo will be added to the newly opened Bathurst winners walk, designated for winners of the 6 Hour, 12 Hour and 24 Hour events at the revered circuit.

As has already been well documented, elements they had to overcome in the 2022 Hi-Tec Oils Bathurst 6 Hour included a frantic rush to get their BMW M2 Competition ready, and starting from 61st after being stripped of pole position for a technical breach.

“I was very fortunate that I was able to be heavily involved in the build,” said Sargent.

“A lot of us put in constant 100-hour weeks to get this car here and at the time I was questioning whether it was worth it, but I can say right now that it was worth it.

“All those times getting home at 2am and living off pizza for a week made it a bit how you going, but it’s all worth it now.

“The amount of people behind the scenes that have gotten this car here blows my mind.”

Sargent, who was behind the wheel for the eventually excluded qualifying effort, said the penalty “hurt” and had made “the fire in the belly really strong”.

“I think for us to drive through the way that we did really proved that our speed wasn’t just on that technical infringement,” he added.

Hill, who brought home the win with a spectacular move on then race leader Tim Slade at Skyline, admitted there was an element of luck, however.

Slade, who was co-driving with Brad Carr, lost roughly 80 percent of a lead that had hovered at around 50 seconds due to the race’s sixth and final Safety Car period.

“We took tyres because if the race stayed green, I don’t think we would have got them, so we took tyres banking on a safety car and the Bathurst gods delivered,” said Hill.

“I just hunted him down, I think we broke the lap record along the way. I was really struggling to find a way past him, I could see he was struggling, but he put the car in the right places and I couldn’t do much.

“I realised he [Slade] was always weak at McPhillamy Park and I just thought if I could get a run through here, and send it up there, it’s on. We did it, it stuck and the rest is history.

“I think we’ll have to come back next year and defend.”