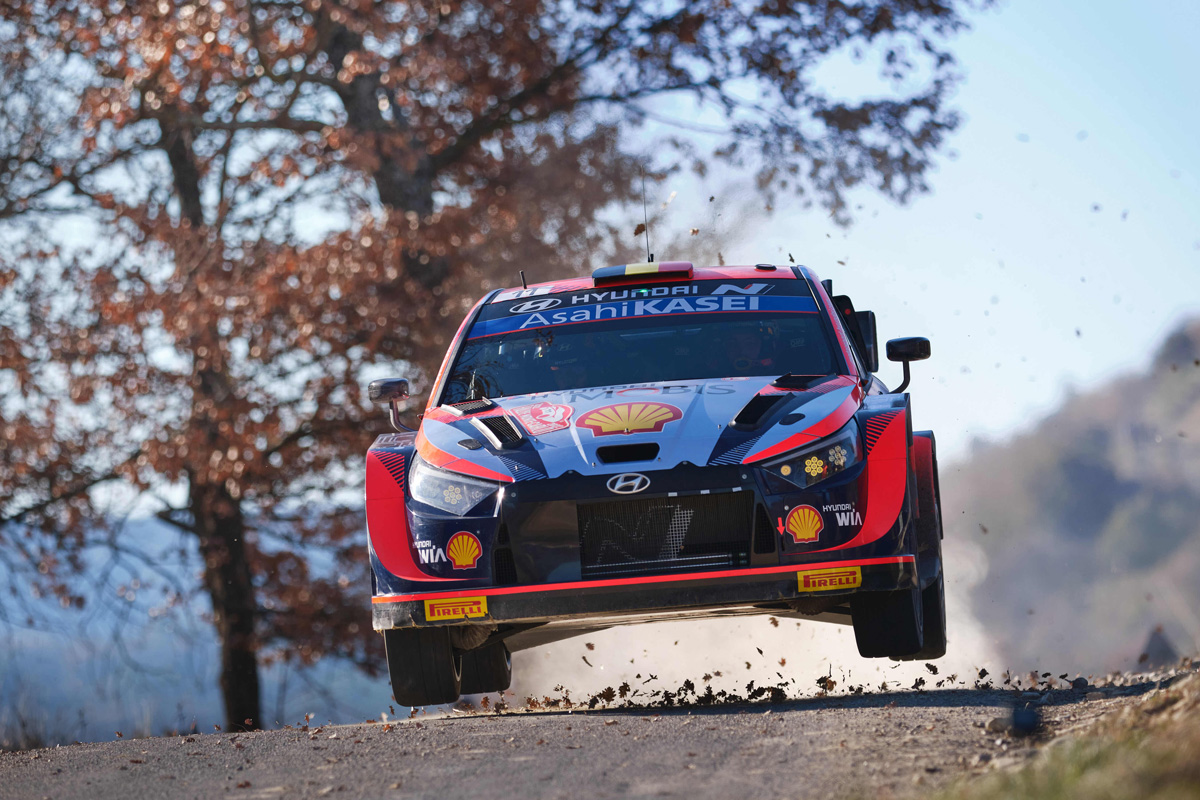 Hyundai’s lead World Rally Championship drivers are bracing for dirty, slippery conditions in Croatia after being deceived by the event’s tarmac last year.

It was 12 months ago that Croatia Rally made its WRC debut, Sebastien Ogier leading Elfyn Evans in a Toyota one-two ahead of Hyundai’s Thierry Neuville in third and Ott Tanak in fourth.

Neuville and Tanak feel much better prepared for the challenges presented by the roads of Zagreb this coming weekend.

“Croatia Rally is a very challenging event as the grip is quite low and the profile of the stages is very demanding,” said Neuville.

“There’s lots of blind corners, crests, jumps and cutting, and the roads can be quite dirty as well as being very narrow.

“Last year we were lucky with the weather and the conditions were quite dry, but it was still quite cold.

“There are definitely a lot of challenges we are going to face again in potentially tricky conditions, especially with these new cars, but it is a surface I feel very comfortable on. It is a rally I enjoyed a lot last year and I am looking forward to it.”

Added 2019 WRC champion Tanak: “Competing at Croatia Rally for the first time last year was a bit more demanding than we expected as the tarmac there is very different – it looks good but the grip is very low.

“The surface changes and the general characteristics of the roads also make it quite challenging to drive, with lots of crests and jumps that you normally don’t have too much on tarmac.

“It was a big job to manage in 2021 but we expect it will be a lot more fun this year now that we have experience and know what to expect from the event.”

It’s been a tricky start to the Rally1 hybrid era for Hyundai, with M-Sport Ford having won the season-opening Rallye Monte-Carlo via Sebastien Loeb, and Toyota Gazoo Racing’s Kalle Rovanpera mastering the Swedish snow last time out to grab the championship lead.

Neuville did pick up Hyundai’s only podium of the year to date in Sweden, while Tanak is down in 11th with just five points to his name.

The team’s other driver, Oliver Solberg, is just ahead of him in 10th. Solberg is sharing the third i20 N Rally1 with Spanish veteran Dani Sordo over the course of the season.

“The two-month break since Rally Sweden has been helpful, as it has given us the time to regroup and reset before we begin the next phase of the season, which starts with Croatia Rally,” said deputy team director Julien Moncet.

“The podium finish we secured with Thierry and Martijn at the previous round was a positive step forward for us as we continue to get to grips with the new hybrid regulations.

“We are very lucky to have a great team in Alzenau who are working hard to improve our overall package.

“We want to be consistently competing for podiums and wins throughout the season. Our aim is to continue the momentum of our recent progress and achieve a positive result on the tarmac roads of Croatia.”