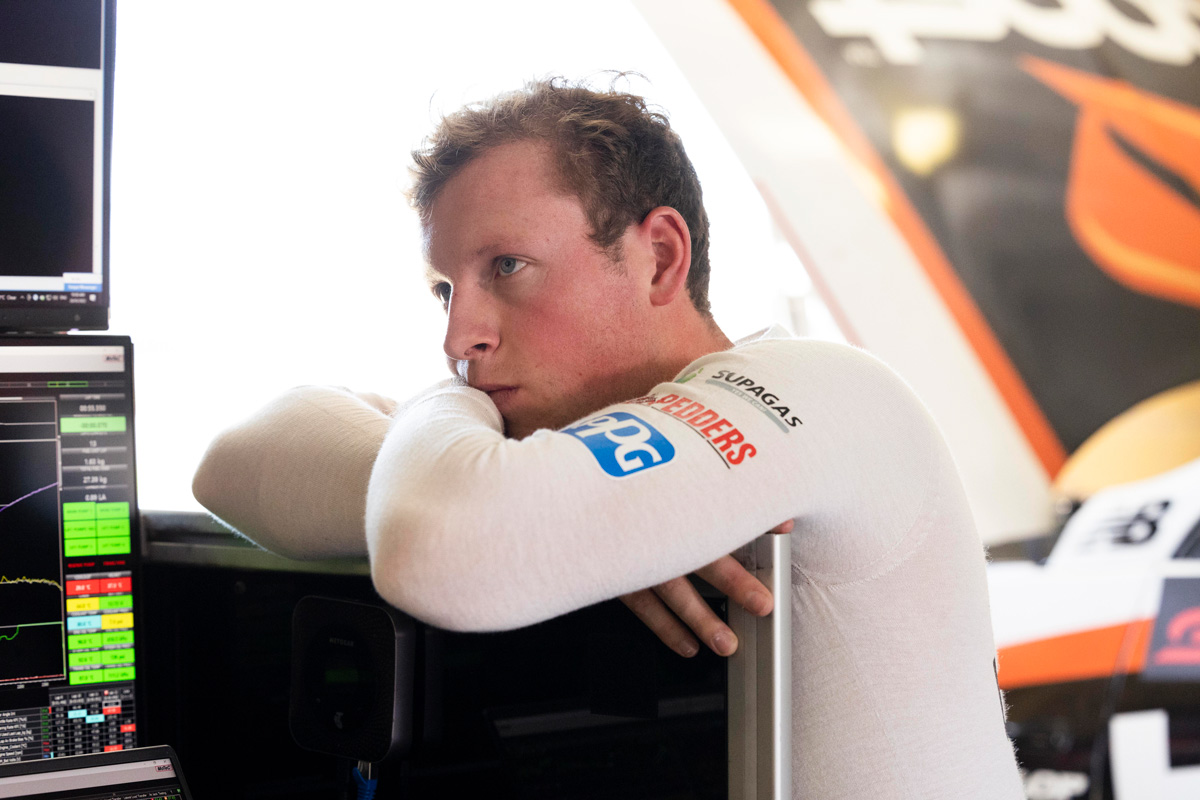 Erebus Motorsport CEO Barry Ryan admits there’s been a bit of head scratching on the #9 side of its garage owing to an unexpected qualifying slump for Will Brown.

Through the back half of 2021, Brown generally had the upper hand on team-mate Brodie Kostecki, but the tables have turned in the opening three rounds of 2022.

Kostecki holds down fifth in the championship, seven places and 131 points ahead of Brown.

The #99 driver has on four occasions finished inside the top five from nine starts this year, including second place from pole in Race 2 at Sydney Motorsport Park.

He did at least enjoy a breakthrough run in the final leg of the Melbourne 400 at Albert Park, racing forward from 15th to eighth.

“I think Will is scratching his head more than anyone but there’s nothing in particular we can put our finger on, otherwise we would have fixed it,” Ryan told Speedcafe.com.

“[On the Saturday at Albert Park] he actually raced pretty good, he should have got eighth in that race, and he was on the pace with that little group.

“So we can be fifth to 10th, which we have proved both weekends [Symmons Plains and Albert Park] that we can be, if we put ourselves up there. But if you qualify shit, you’re f**ked – unless you’re Shane.”

Kostecki’s flashes of speed at all three circuits have given Erebus confidence it can be competitive anywhere.

Ryan conceded that part of the ups and downs are likely to do with his pair of second-year drivers still learning the ropes.

“As much as I love talking the drivers up, they’re still learning,” he said.

“Look at all the drivers in this category, they’re all so experienced.

“Broc Feeney is doing an awesome job but he is in the best team in pit lane. When you see that Shane can just walk all over everyone, if Broc is within two tenths of him, Broc is going to be as fast as anyone else. Broc is awesome, we know that.

“So yeah, I don’t know. It’s frustrating, yeah, but we’re not dropping the ball. We’re fighting.”

Ryan missed the bulk of the Australian Grand Prix event due to being a COVID-19 close contact, only being cleared to join the team on the Sunday morning.

“Annoying, frustrating, but I was wanting to do the right thing by everyone,” was his assessment of watching from home.

The last event he missed was Queensland Raceway in 2018 due to ankle surgery.

Next up is the Bunnings Trade Perth SuperNight on April 30 to May 1 at Wanneroo Raceway.