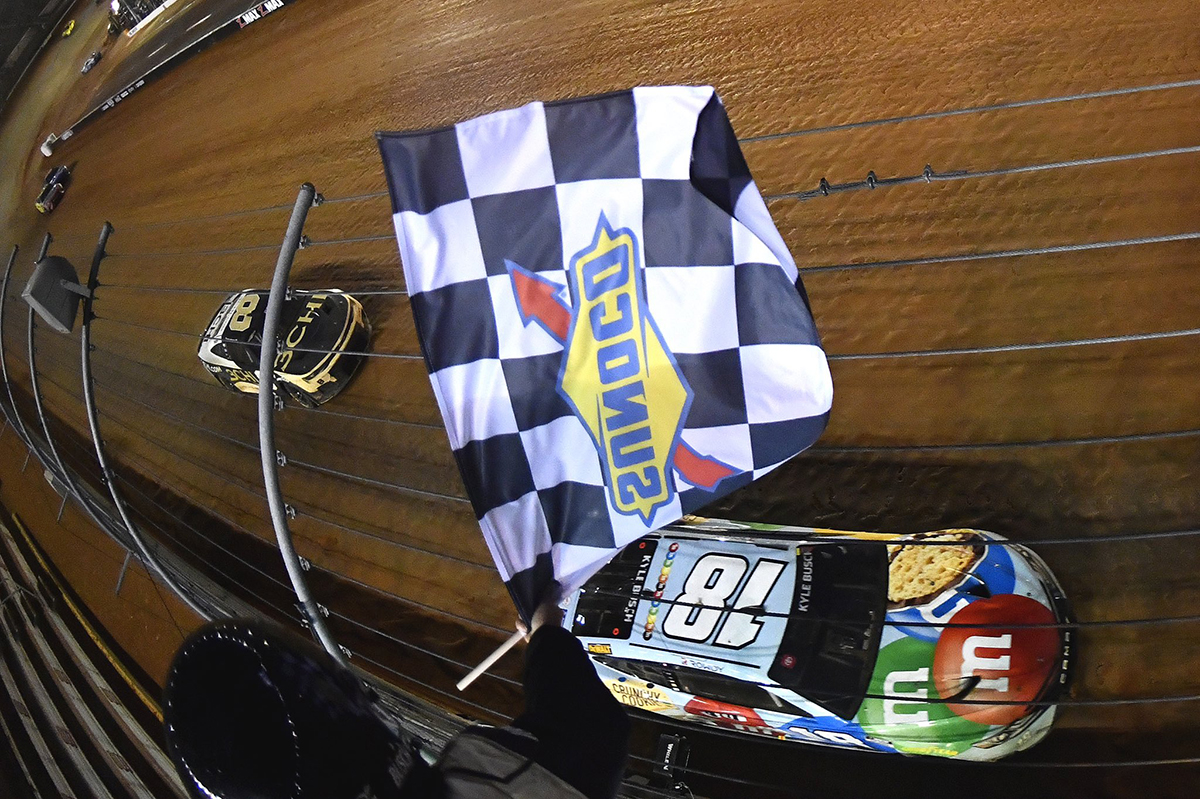 Kyle Busch has stolen victory in the NASCAR Cup Series’ Bristol dirt race, after Tyler Reddick and Chase Briscoe made contact on the final corner while squabbling for the win.

A caution-filled race saw many top drivers have issues early, including Denny Hamlin, Kurt Busch and Kevin Harvick, with others having issues due to the amount of dirt getting into the grille, and some having to retire from the race for that reason.

Front-runner Austin Dillon was one of those cars affected by the dirt, with his engine shutting off in the middle of the pack, which sent Kurt Busch and Aric Almirola into the outside wall.

Kyle Larson and Briscoe won Stages 1 and 2, with multiple small pile-ups occurring throughout the race. One of which ended with Noah Gragson climbing over the side of Harvick’s car after Corey LaJoie spun in front of them.

Briscoe would spin out due to a flat tyre, before fighting his way back to the front.

After multiple rain delays, the field went back to green flag conditions with 20 laps remaining, with Briscoe trying to chase down Reddick, the latter looking to chalk up his first Cup Series race win.

Briscoe caught Reddick and pulled a do-or-die move on the final corner, which sent them both spinning around, allowing veteran Kyle Busch to pick up the pieces.

“It does suck, but we were able to finish second still, and if I’m being honest I should’ve done a better job and pulled away so he wasn’t in range to try and make that move,” Reddick said.

Briscoe came up to Reddick after the race to apologise for the incident, and the two shook hands.

Busch has now won a race for the 18th straight year, which ties him with Richard Petty, having the most consecutive seasons with a race win.

“Man, I feel like Dale Earnhardt Snr right now. This is awesome. I didn’t even do anything,” Busch said.

“Real pumped to be back and real pumped to get a win, this one means a lot and I can win on any surface here at Bristol, bring it on baby.”

NASCAR will be back in action next weekend at Talladega Superspeedway, for the 10th points race of the year.