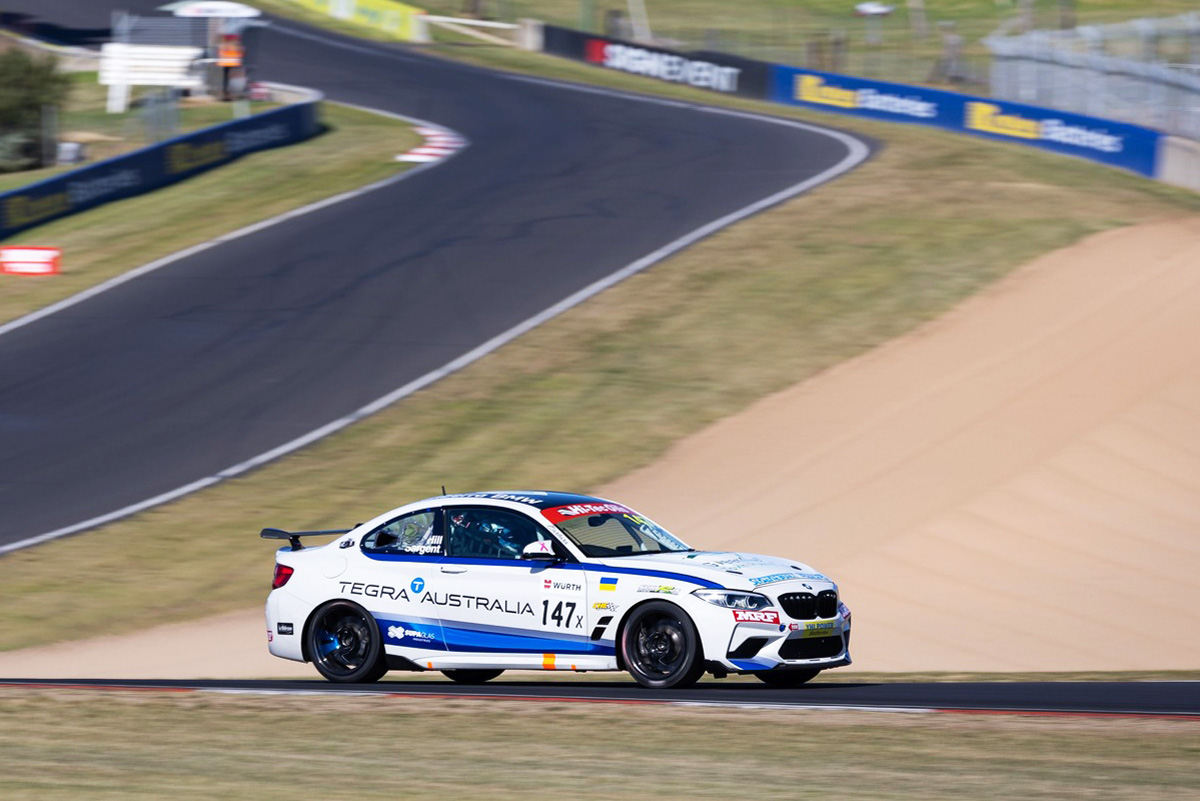 Drama has struck on race morning at the Hi-Tec Oils Bathurst 6 Hour, with the pole-sitting entry of Tom Sargent and Cameron Hill excluded from qualifying for a technical breach.

Post-session checks found the car to be below the minimum ride height, meaning the #147 BMW M2 Competition will be sent to the rear of the field.

Sargent had starred yesterday afternoon to post a pole-winning time of 2:24.2369s to be more than a second clear of any rival.

However, it will now be the #40 BMW M4 of David Russell, Nash Morris and Karl Begg that starts from pole, with Tim Slade and Bradley Carr (#8 BMW M3) joining them on the front-row.

In response to the news, Hill said: “They always say motorsport’s full of highs and lows, and we were definitely on the highest of highs with pole yesterday, then unfortunately we were disqualified when we failed ride height after the session.

“We were a little bit surprised. We’d passed [scrutineering] all weekend, but it was very cold and we think that caught us out.

“At the end of the day, the rules are the rules and it has all been fixed for today’s race.

“We know we’ve got an awesome car, Tom did a stellar lap and he’ll jump in for the first stint.

“We’ll take it as it comes and work our way forward.”

Hill, who drives for Triple Eight Race Engineering in the Dunlop Super2 Series, later noted on the Stan Sport broadcast that the ride height infringement was a matter of approximately 5mm.

Saturday hero Sargent was similarly looking ahead to what can now be salvaged.

“Unfortunately, we were disqualified due to an infringement in scrutineering, but today’s a new day and it’s a long race,” said the 2021 Australian Formula Ford champion.

“We’ll be starting down the back, but the car’s really quick, the team’s got an awesome strategy.

“Between Cameron and I, we are really looking forward to a good race where we can move up positions to have a strong result at the end of the day.”

The race is now due to start at 11:45 AEST after fog-induced delays to the Sunday track schedule.