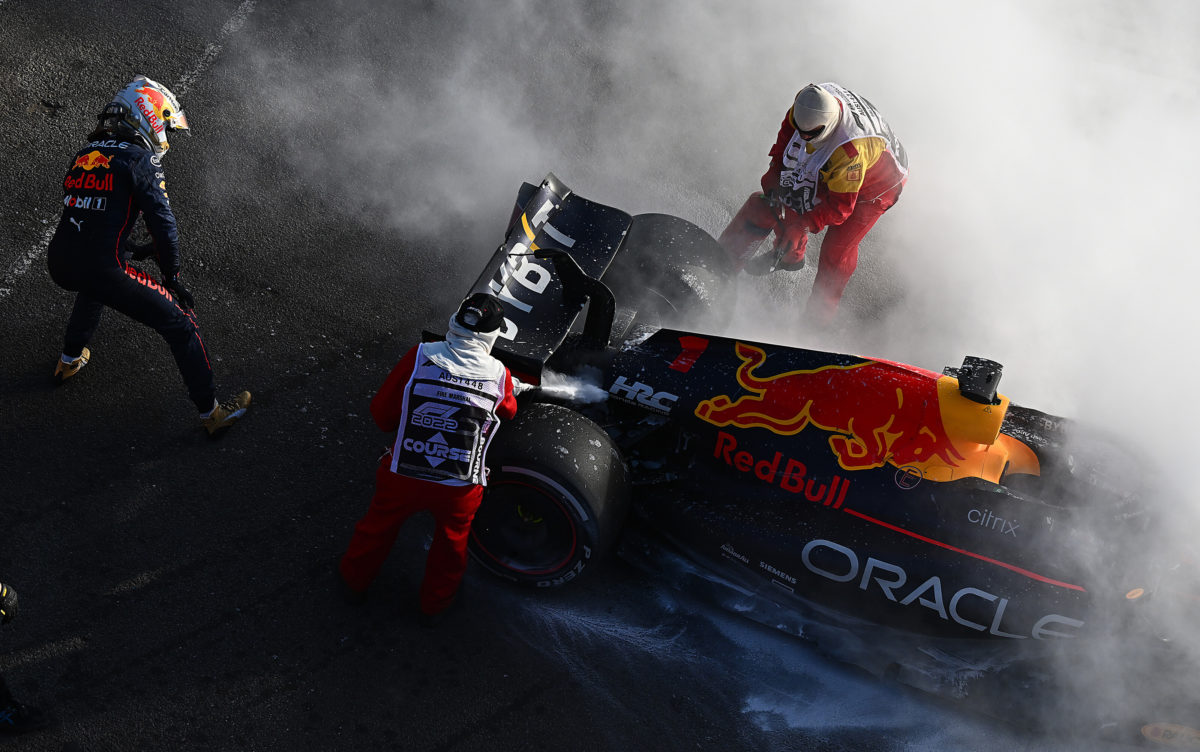 Sergio Perez has expressed his concern at Red Bull’s poor reliability record so far in the 2022 Formula 1 championship.

From six starts, an RB18 has reached the flag on just three occasions, with both cars classified but failing to finish the season-opener in Bahrain.

That was due to a vacuum that had formed in the fuel system, forcing Max Verstappen out while battling with Carlos Sainz for second, and Sergio Perez to spin into retirement as he began the final lap.

Both cars reached the finish in Saudi Arabia a week later, with Verstappen winning and Perez fourth after starting from pole, his result in part due to the timing of a Safety Car which left him strategically compromised.

In Melbourne last weekend, the Mexican was the only one of the Red Bull pairing to reach the flag after a fuel pipe issue saw the 2021 world champion stop with 20 laps remaining.

By contrast, Ferrari has finished on five of six occasions thus far, the one blot of its copybook courtesy of Sainz spinning out on Lap 2 in Albert Park a week ago.

The Scuderia has won twice, with its drivers on the podium every time they’ve seen the flag.

It stands atop the constructors’ championship as a result with 104 points, with Mercedes next best on 65.

Though Red Bull has been clearly at least the second fastest car, it finds itself a further 10 points adrift with Perez the best placed in the drivers standings in fourth, 41 points in arrears of Charles Leclerc.

“I mean, we’ve lost a lot of points already in this first three races that in the end can make a huge difference in the championship.

“We are obviously aware of it. All the team back home in Milton Keynes, [at the track], are working flat out to try to come up with solutions.

“I’m sure we will turn around things and hopefully we can start again from zero when we go back to Europe.”

Formula 1 makes its first competitive appearance in Europe next weekend with the Emilia Romagna Grand Prix, an event last year won by Verstappen.

It marks the fourth of 23 planned events this season, though a replacement for the Russian Grand Prix, expected to be Qatar, has not yet been confirmed.