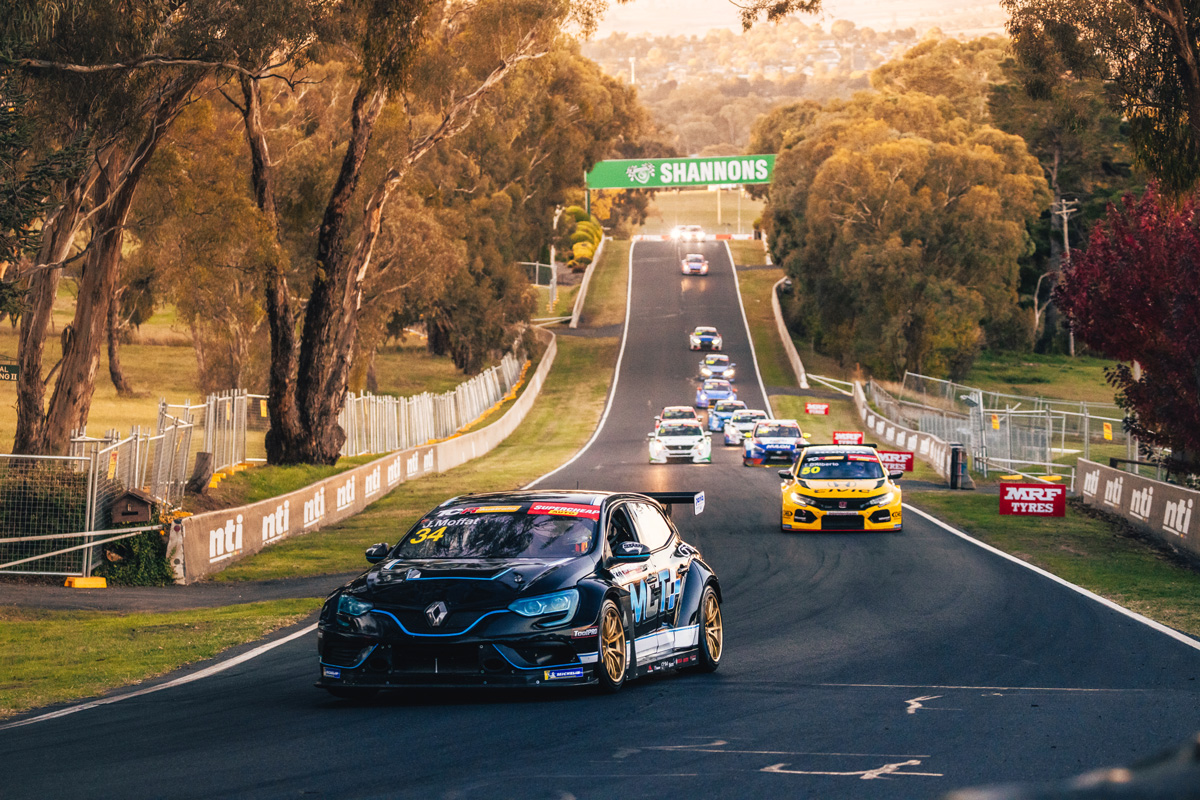 A nightmare opening couple of rounds had Moffat down in 18th entering the Hi-Tec Oils Bathurst 6 Hour event, albeit still better than GRM Renault stable-mate Kody Garland who had banked just 36 points (compared to Moffat’s 103, and series leader Tony D’Alberto’s 224).

Even two days ago, the signs weren’t great as Garland and Moffat finished Practice 2 down in 17th and 18th.

But the latter found another level in qualifying, managing sixth, which he would turn into fifth by the end of Race 1, and second in Race 2. 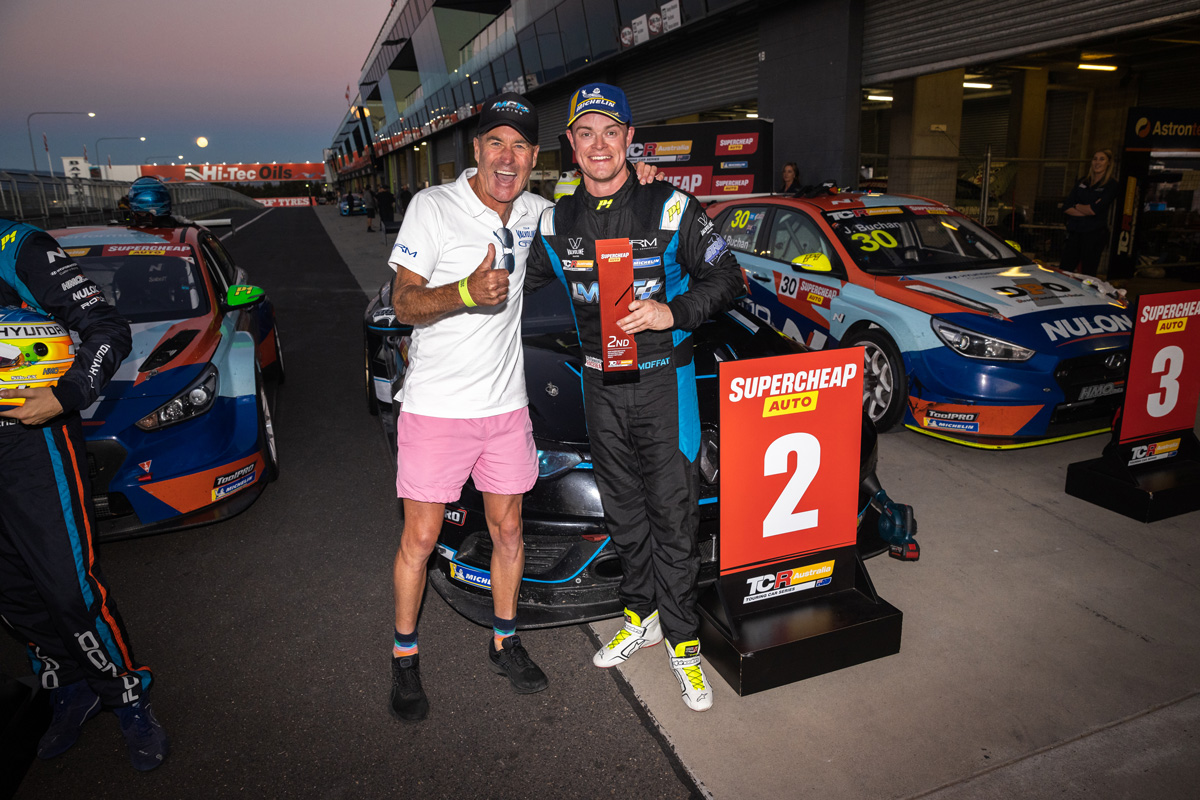 “That’s not too bad, is it? Pretty rough start to the year for us in Renault land at GRM, but really enjoyed that race,” said the 37-year-old.

“The young fella there [Sweeny], geez he had a rocket under himself, he just pissed off into the distance.

“But happy to bring home second, that should put us in a pretty good spot for [Race 3] with the points.

“A lot of fun and can’t thank everybody enough at GRM for all the work they’re doing. It’s a big turnaround from our practice performances.”

Indeed, Moffat will start Race 3 today (now starting at 10:40) from pole, having accumulated the most points across the opening two TCR encounters at the Hi-Tec Oils Bathurst 6 Hour.