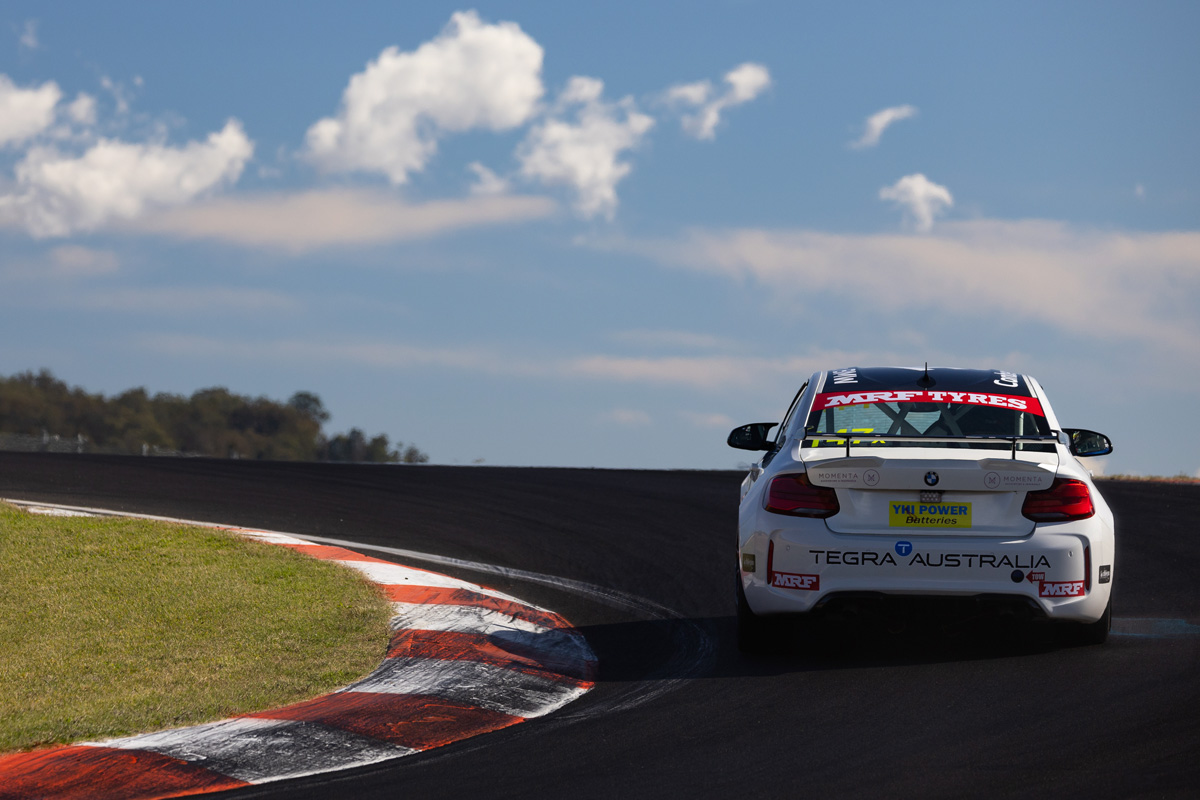 Cameron Hill and Tom Sargent have delivered the performance of a lifetime to win the Hi-Tec Oils Bathurst 6 Hour from the rear of the grid.

Having been excluded from a qualifying session in which they had taken pole for a ride height breach, Sargent made rapid progress in the opening half-hour.

Fast forward five hours and it was Hill engaging with Tim Slade (#8 co-driving with Bradley Carr) in an epic tussle for the lead in the run to the flag.

The #147 BMW M2 Competition had been the class of the field from Saturday morning onwards, and that pace combined with two fresh tyres had Hill reeling Slade in at a rate of knots once the final Safety Car period ended with approximately 43 minutes remaining.

But Slade used every ounce of experience from more than a decade in the Supercars Championship to hang on for dear life at the front.

Corner after corner for almost 10 minutes, Hill looked for a way by Slade to no avail.

The Triple Eight Race Engineering Super2 driver poked the nose up the inside of Slade at Hell Corner with 22 minutes to go, only for the veteran to somehow stay ahead once more by the time they reached Griffins Bend.

Hill finally forced his way by with a bold move at Skyline later that lap, Slade taking to the run-off area and having to settle for second.

From there, the CHE Racing car cruised to victory, taking the chequered flag with 7.4651s in hand to seal the youngsters’ place in Mount Panorama history, upstaging the many big names up and down the field.

Rounding out the podium was Nick Percat/Rob Rubis/Shane Smollen in the 2021-winning BMW M4, who hung on resolutely as others fell by the wayside.

A dramatic first half-hour took a number of front-runners out of contention including the #23 of Will Davison/Tim Leahey/Beric Lynton (fuel pump failure), the #27 of Grant and Iain Sherrin (electrical issues), the #40 of David Russell/Nash Morris/Karl Begg (fuel pressure), and #4 of Anton De Pasquale/Anthony Soole/Adam Burgess.

The race settled down from there, just six Safety Car periods across the six hours compared to 11 seen last year.

There were a number of near misses in the final third of the race, with the #49 of Tony Alford facing the wrong way at The Cutting, and likewise not long after the #48 of Keith Bensley at The Dipper.

In both instances, the awkward situations had been created by contact with the #140 of Mark and Michael Caine, but both managed to eventually get going again without requiring a Safety Car intervention.

However, the most spectacular of all was when Percat somehow managed to thread the needle in avoiding the stricken #84 Volkswagen Scirocco after it had come unstuck across the top of The Mountain.

A sixth Safety Car finally did arrive with approximately 53 minutes remaining when the #15 Holden HSV SS stopped on the side of Mountain Straight.

Crucially, that period came shortly after the front-runners had completed their final stops, and just as it had emerged that Slade had a potential problem in having taken less fuel than desired for the last stint.

While the Safety Car whittled down Slade’s margin from more than 50 seconds to the vicinity of 10 seconds over Hill, it did allow the two-time Supercars race winner to get back on the right side of the fuel tightrope.

That gap had been created by a savvy strategy that saw Slade/Carr complete their six compulsory pit stops – each requiring a minimum 120-second transit of the lane – well before their rivals, allowing for a splash and dash to the flag.

But armed with two fresh tyres, Hill quickly ate into that buffer once the race went green again, setting consecutive lap records (the best of which being a 2:24.7482s) to get within four seconds of the lead.

Percat picked his way through traffic to keep Hill somewhat on his toes, although clearly not enjoying the same pace of the lighter BMW M2 Competition model.

A grandstand finish was set up as the sun set with less than one second separating the leaders into the final half-hour, Slade with track position but Hill with superior speed.

Behind, the A1 entry of Dylan O’Keeffe/Mike Sheargold/Ollie Shannon ran a stunning race to hold outright fourth – the last car on the lead lap.

Fifth went to the Russell family effort as father Wayne combined with sons Aaren and Drew.

With Aaren at the wheel, the #58 had shaped as a victory contender before running out of fuel right on the five-hour mark, requiring his crew to push them the length of the pit lane.

Next was another family line-up of Steven, Dalton and Tristan Ellery, which recovered nicely from the latter glancing the wall earlier in the afternoon, having initially run with the lead pack.

The Local Legends Ford Mustang driven by Denyer and Quinn was the A2 class winner.

In total, 49 cars were still running at the flag, although 27 of those were 10 or more laps behind the outright winners.