Hill, Sargent ‘on top of the world’

Hill, Sargent ‘on top of the world’ 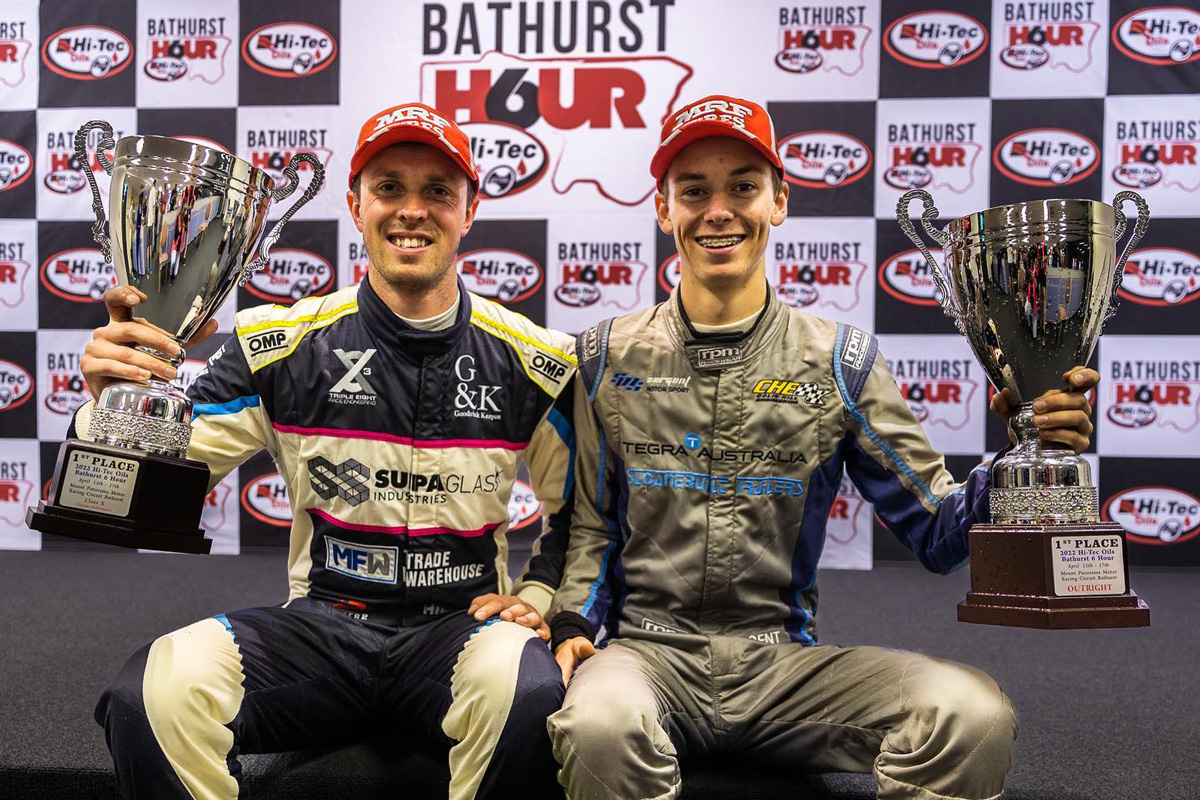 Cameron Hill and Tom Sargent have reacted to their stunning triumph at the Hi-Tec Oils Bathurst 6 Hour which came after starting from outside the top 60.

While Sargent scythed his way through the field in the early stages, it was Hill who met the chequered flag after a breathtaking pass on Tim Slade for the lead of the race with little more than 20 minutes left on the clock.

Upon seeing his co-driver seal the deal, Sargent was overjoyed when approached on the Stan Sport broadcast.

“It’s just unbelievable,” said the youngster who is competing in Porsche Michelin Sprint Challenge this year.

“We weren’t even going to be here a few weeks ago and even when we knew we were going to be here, we just wanted to run around and get some miles for the car, let alone to qualify on pole and have all those issues and then come from 63rd to first; that’s unbelievable.

“It’s just a credit to everyone that’s involved. The list of names of everyone who has made this possible is way too long.

“It’s just crazy, the amount of people that have all come together to help us. I’m forever in their debt and we’re so grateful.

“Awesome opportunity and we’re on top of the world.”

Upon climbing out of the car, Hill added: “It doesn’t feel real, it’s a dream come true.

“Man, this team has just been incredible. Tom has been pulling massive hours in the shop to get this car ready, like all of us, and here we are in winners’ circle. I can’t believe it.”

The 2021 Porsche Paynter Dixon Carrera Cup Australia champion did have a cheeky dig at anyone putting Sargent’s Saturday run to pole position down to a technical infringement, too.

Hill had suggested earlier in the day that they’d failed to meet the minimum ride height figure by roughly 5mm, and that natural changes in tyre pressures may have played a part in that outcome.

Regardless, the #147 BMW M2 Competition was easily the fastest car on track in race trim.

“That pole lap that obviously got taken off us, that was an insane lap… the car wasn’t any slower today,” he said with a wry smile.