Herne on Supercars: ‘All I need is one shot’

Herne on Supercars: ‘All I need is one shot’ 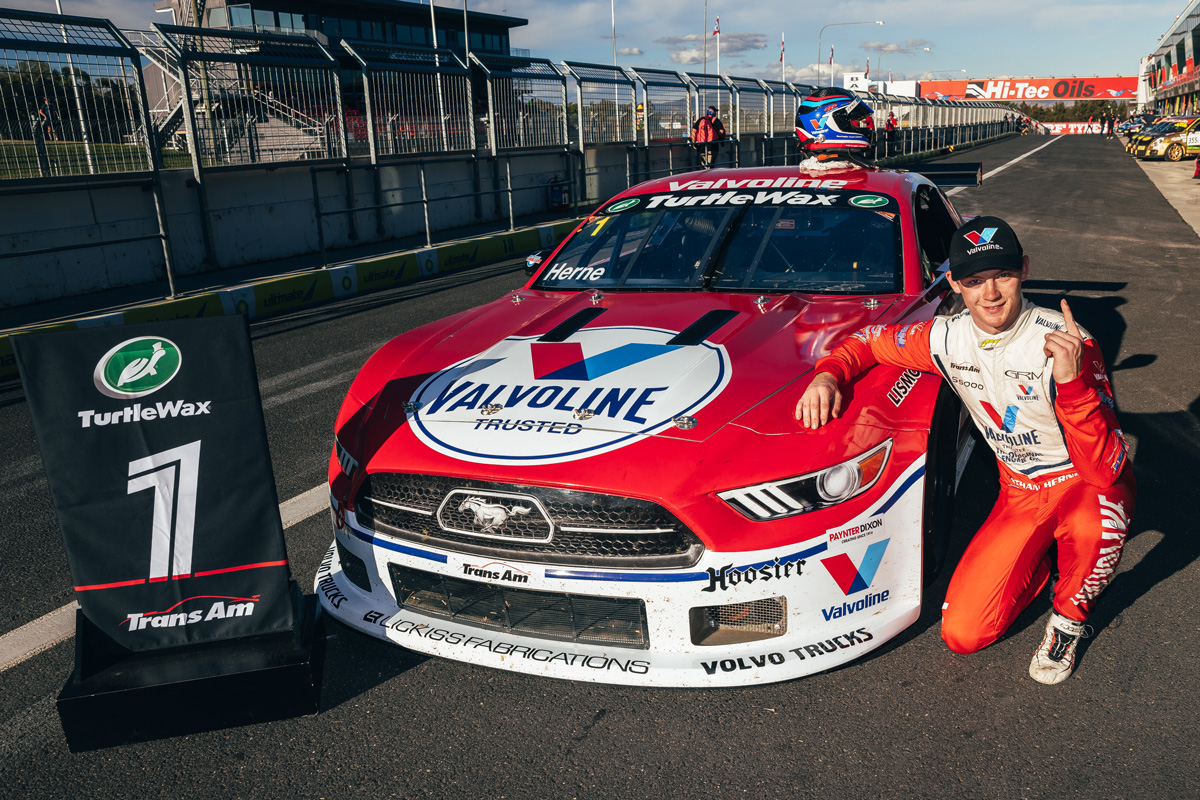 Nathan Herne still hopes to one day be going door-to-door in the Repco Supercars Championship despite his infamous setback in 2020.

Herne was denied the opportunity to make his Bathurst 1000 debut that year in a Garry Rogers Motorsport wildcard due to him being unable to secure the necessary Motorsport Australia Superlicence.

Revisions to the system last year saw the Superlicence points attached to various categories be increased, and just a matter of weeks ago the effective requirement to have competed in at least six rounds of the Super2 Series was removed.

That’s offered renewed hope of a Superlicence for Herne, who yesterday continued his domination of the Turtle Wax Trans Am Series with a pair of race wins at Mount Panorama.

Supercars is still the end game for the 19-year-old.

“I’ve always wanted a go at Supercars and still do, there’s definitely no hard feelings there at all from what has happened in the past.

“I think the Superlicence [change] is a good thing but I got pretty excited in 2020 and that hurt a lot, so for me now I have just got to wait until it happens.

“I’m not going to put a date out there when I think I’m going to be in Supercars.

“For me, I have tried my hardest to get in there before and it didn’t work out. I understand times have changed and hopefully it does work out, but I’m not going to count my chickens before they hatch anymore.”

Herne, who already has three test days in Supercars machinery under his belt, is certain he has what it takes.

“Without sounding too up myself, all I need is one shot,” he said.

“I think I have done enough to warrant a chance, I have just got to hope that someone gives me one.

“I can’t put a time on that; hopefully it’s sooner rather than later.”

Race 3 of the Turtle Wax Trans Am Series at Mount Panorama, in support of the Hi-Tec Oils Bathurst 6 Hour, starts today at 09:20 AEST.

Stan Sport is the exclusive, live and ad-free broadcaster of the event.