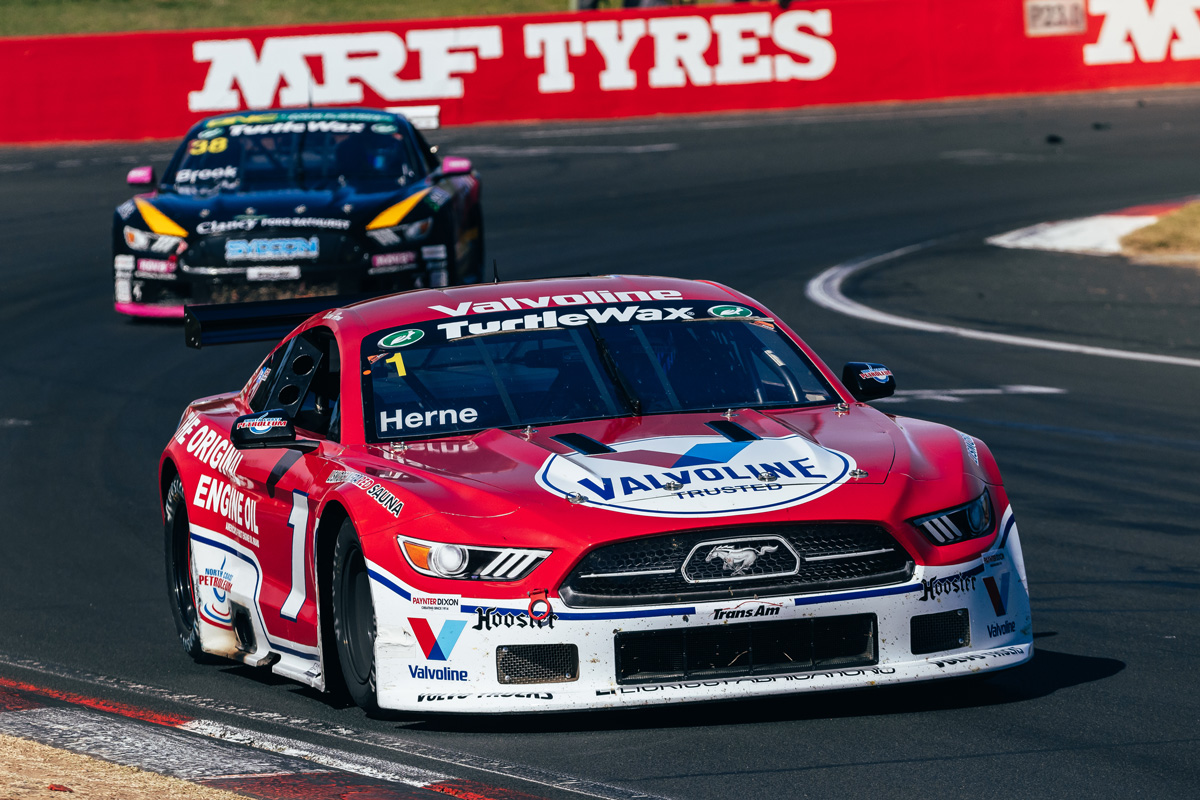 Nathan Herne has made it three-from-three in Round 3 of the Turtle Wax Trans Am Series at Mount Panorama.

Despite being beaten to pole by Wall Racing’s Tim Brook, Herne was unbeaten in the trio of races, the last of which ran this morning.

Race 3 in fact was cut short after a mammoth Lap 7 incident for John Holinger, who was briefly pitched airborne following contact on Conrod Straight with Shaun Richardson.

Holinger emerged from the wreckage seemingly unscathed, although the same could not be said about his car which sustained heavy front-end damage.

But that couldn’t take the shine off Herne, who has now won seven straight Trans Am races at Bathurst.

“A big thank you to all the GRM boys who have been working bloody hard on this car to get it fast and we think we have found the sweet spot with qualifying as well, so it has been a really good weekend for learning and obviously results and championship-wise as well.

“It’s good racing Brook, good to have Owen [Kelly] on the podium as well at the end there, so it goes to show how strong these GRM cars really are.”

Herne, the 2021 title winner, has now extended his lead over Brook to 19 points.

“This year we have had a few times where the ruling hasn’t really gone our way, a few penalties at Phillip Island and a stuff up in the grid sheet for Tasmania,” continued Herne, who has not given up hope of one day racing in the Repco Supercars Championship.

“So we really want to build on the championship lead so we can have a bit of breathing room and hopefully grab a second championship.

“That’s still a long way to go… and Brook’s getting faster and faster every time he hits the track so it will be on for young and old for the rest of the year.”

Sydney Motorsport Park will host Round 4 of the season across May 27-29.