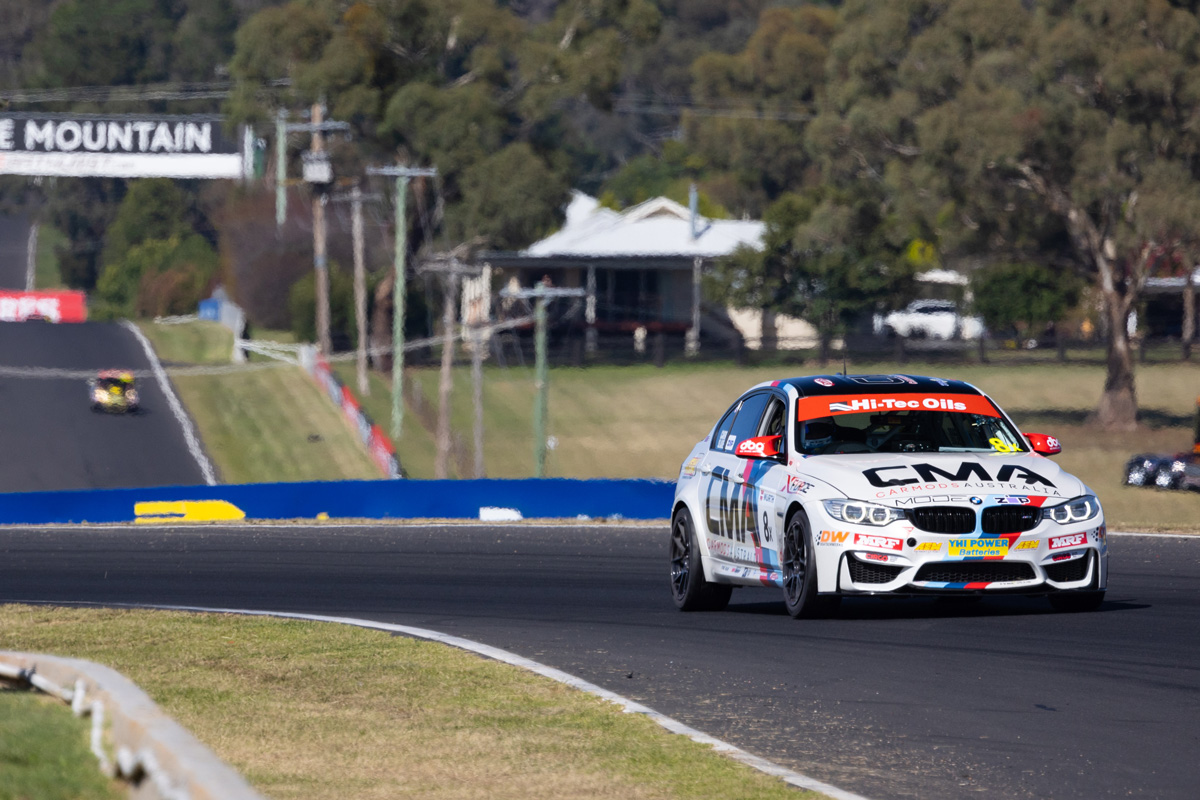 The #8 of Tim Slade and Bradley Carr

Tim Slade and Bradley Carr hold the lead at the halfway mark of a Hi-Tec Oils Bathurst 6 Hour which has proven to be a race of attrition.

Just behind, Tom Sargent and Cameron Hill have remarkably surged to third, with the A1 entry spearheaded by Dylan O’Keeffe up in second.

Only two other cars remain on the lead lap, being the #1 of Nick Percat/Rob Rubis/Shane Smollen, and the #58 of Wayne, Aaren and Drew Russell.

The #147 CHE Racing duo have been the story of the day though, having yesterday scored pole courtesy of Sargent, only to be sent back to 61st on the grid after being excluded from qualifying for a technical breach.

Given the starting duties, Sargent was into the top 30 by Lap 3 and up to 15th inside the opening half-hour.

By that time, several high-profile entries had already fallen by the wayside.

Winners of the 2019 edition Beric Lynton and Tim Leahey, joined on this occasion by Will Davison, crawled back to the pits on the opening lap with what was initially a mystery issue.

The #40 BMW M4 driven by Karl Begg, which had inherited pole position, was outdragged on the first run down Mountain Straight by the #8 entry of Slade.

Having comfortably held second, Begg was forced to stop on pit straight at the end of Lap 5 due to a fuel pressure issue, triggering the first Safety Car of the day.

Yet another BMW struck trouble with Anthony Soole having to limp back to the pits.

Upon returning to the track, Soole soon enough found himself stuck in the gravel at Hell Corner, sparking the second Safety Car period just after the 30-minute mark, at which point the compulsory pit stop window opened.

During the frenzy in pit lane, Rubis drew a five-second penalty as he was released into the path of Hill.

Ninety minutes into the race, there were 22 cars left on the lead lap.

Tristan Ellery held the lead following a third Safety Car period, but soon fell into the clutches of Drew Russell and Hill, the latter passing both in one pass down Conrod Straight to gain the lead.

Ellery was parking in the garage right on the two-hour point, furious at himself for tagging the wall at The Dipper, although the #99 would only go down a couple of laps before getting back on track.

Approaching the 150-minute mark, and after an extended green flag period, the number of cars on the lead lap had been whittled down to six: Hill, Drew Russell, Carr, Tony Quinn, Mike Sheargold (co-driving with O’Keeffe and Ollie Shannon), and Smollen.

Quinn, Russell, and Hill all pitted, shortly before the race’s fourth yellow flag period was sparked by Adam Lowndes in the #151 being nudged up against the wall on the climb up The Mountain.

The Russell family entry, now with Aaren driving, was back in the lane just three laps later with the bonnet up, although the timing of the Safety Car period helped keep them just on the lead lap.

Several of the Class X front-runners still standing took the opportunity to again dive into the pits for their fourth of six compulsory stops, during which sequence Slade/Carr returned to the front.