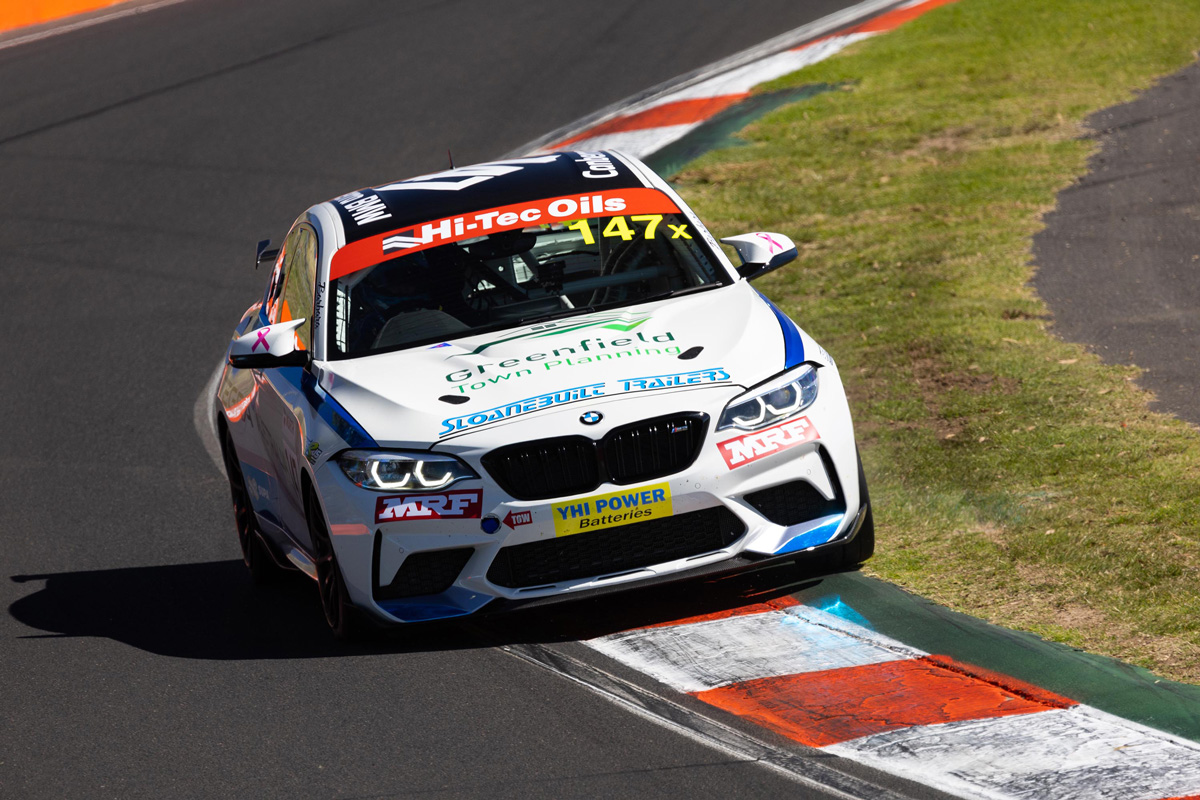 The BMW M2 Competition of Tom Sargent and Cameron Hill

Tom Sargent has showed off the pace of his and Cameron Hill’s CHE Racing BMW M2 Competition to blitz Practice 3 at the Hi-Tec Oils Bathurst 6 Hour.

Having sat second behind early pacesetter Tim Leahey at the midway point of the 40-minute final hitout before qualifying, Sargent was the first into the 2:27s before really turning up the wick.

That time was quicker than any lap from Practice 3 in last year’s event, although still half a second off the 2:25.4399s which netted Shane van Gisbergen pole for the 2021 6 Hour.

Sargent’s nearest competitor this morning proved to be the #40 of David Russell/Nash Morris/Karl Begg, Russell responsible for their 2:27.5585s.

Practice 2 pacesetter Will Davison was third after taking over from Leahey, ahead of Aaren Russell, Anton De Pasquale, Tim Slade, and Jayden Ojeda in seventh.

Dylan O’Keeffe topped the A1 class in eighth outright, just ahead of the lead A2 entry driven by Aaron Cameron.

The red flags were twice deployed, first for the freshly rebuilt #11 Subaru BRZ when it stopped on the run to the Cutting.

The session was then called with 22 seconds remaining on the clock after Lindsay Kearns struck trouble across the top of The Mountain.

Next up is qualifying from 16:05 AEST this afternoon.

Qualifying will be split into two parts – first the bottom 50 percent of the field, before the top half is let loose to battle for pole position.

Stan Sport’s live and ad-free coverage of the event begins from 12:00 AEST.