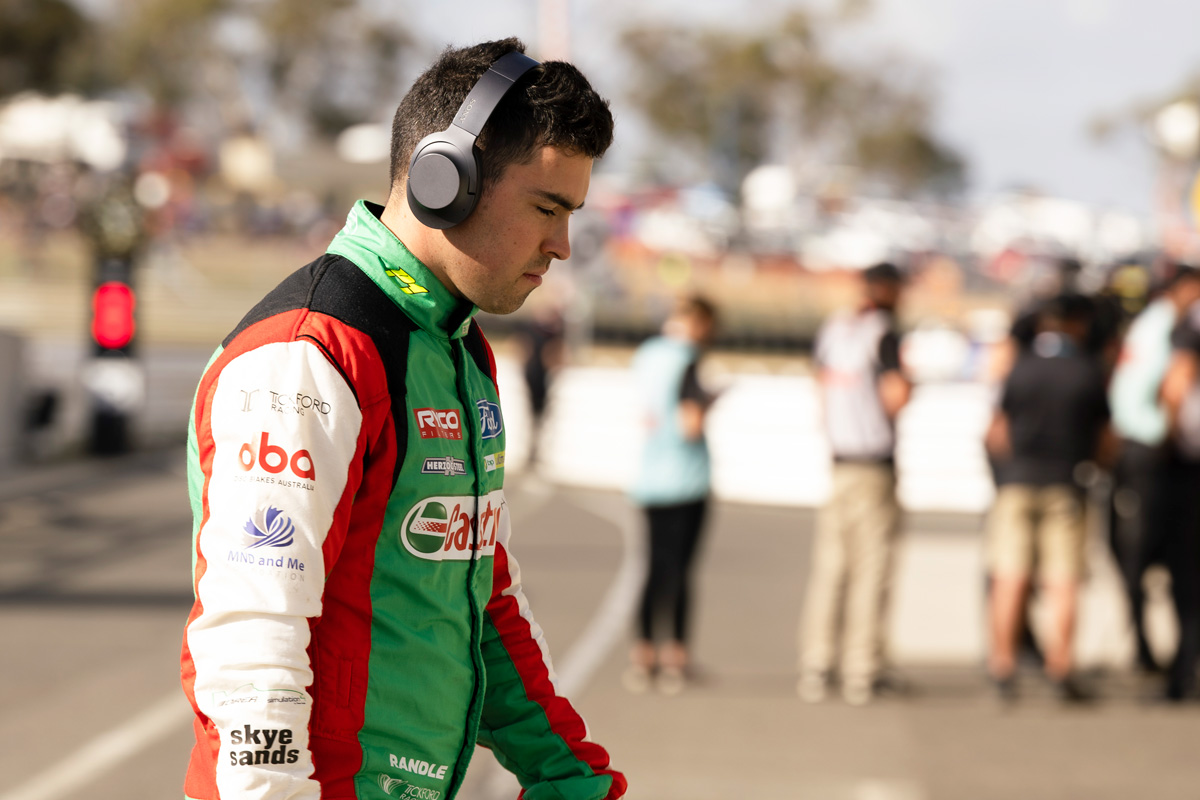 Thomas Randle is hoping the Repco Supercars Championship’s upcoming voyage west will bring him a change of luck.

The Tickford Racing driver is buried 23rd in the points after the first three rounds of his long-awaited rookie main game campaign.

Randle is yet to record a top 10 finish in 2022 but believes that is far from indicative of the potential that’s been present, as evidenced by his second-row start for Race 9 at the Melbourne 400 last weekend.

The 26-year-old in fact looked set to jag a shock pole position in that final qualifying session at Albert Park before dropping two tenths in the third sector.

Nevertheless, a solid getaway had him maintaining fourth in the early stages of the corresponding race before a bungled pit stop cost him dearly.

That was compounded by a suspected steering rack issue that ultimately forced him to retire from a race that had promised so much.

“I had a really good start, was cruising in fourth behind Chaz [Mostert, eventual race winner], and just thought ‘this is a good spot to be’ and pitted,” Randle reflected to Speedcafe.com.

“We had a long pit stop, I don’t know what happened on the right-front, just couldn’t get the wheel off, and then obviously something in the rack.

“Massive shame for the team, I think everyone was feeling the pain, and obviously it’s a shame for all the sponsors and supporters.

“But the good thing is that we have got the speed, we just need the luck. For me, that is better than wondering where the speed is.”

It’s been a tough start to 2022 for the entire Tickford Racing camp, which is an unusually low fifth in the teams’ championship.

Asked if the going had been tougher than expected, Randle replied: “I don’t think so. I knew it was going to be tough.

“Like the way this category is, you have got guys that qualify 15th in one race, then they’re on the podium in the next race. That’s how tight this championship is.

“To be honest, it’s probably the unluckiest season I’ve had so far with things that have been out of my control.

“We have just got to look at all the positives, I know as cliched as that sounds, but look at the positives from the weekend and go forward into Perth.”

Wanneroo Raceway hosts Round 4 of the season across April 30 to May 1.

The Western Australian circuit was the site of Randle’s maiden Super2 Series podium in 2018; it has not featured on the Supercars calendar since 2019 due to the COVID-19 pandemic.

Another positive for Randle to lap up from the Australian Grand Prix weekend was the opportunity to have two-time Formula 1 champion Fernando Alonso drive his #55 Ford Mustang.

“I mean, childhood hero of mine. I was here in ’06 in the Fangio stand watching when he won in the Renault.

“For the first experience for him in a Supercar to be in my car, pretty special.”