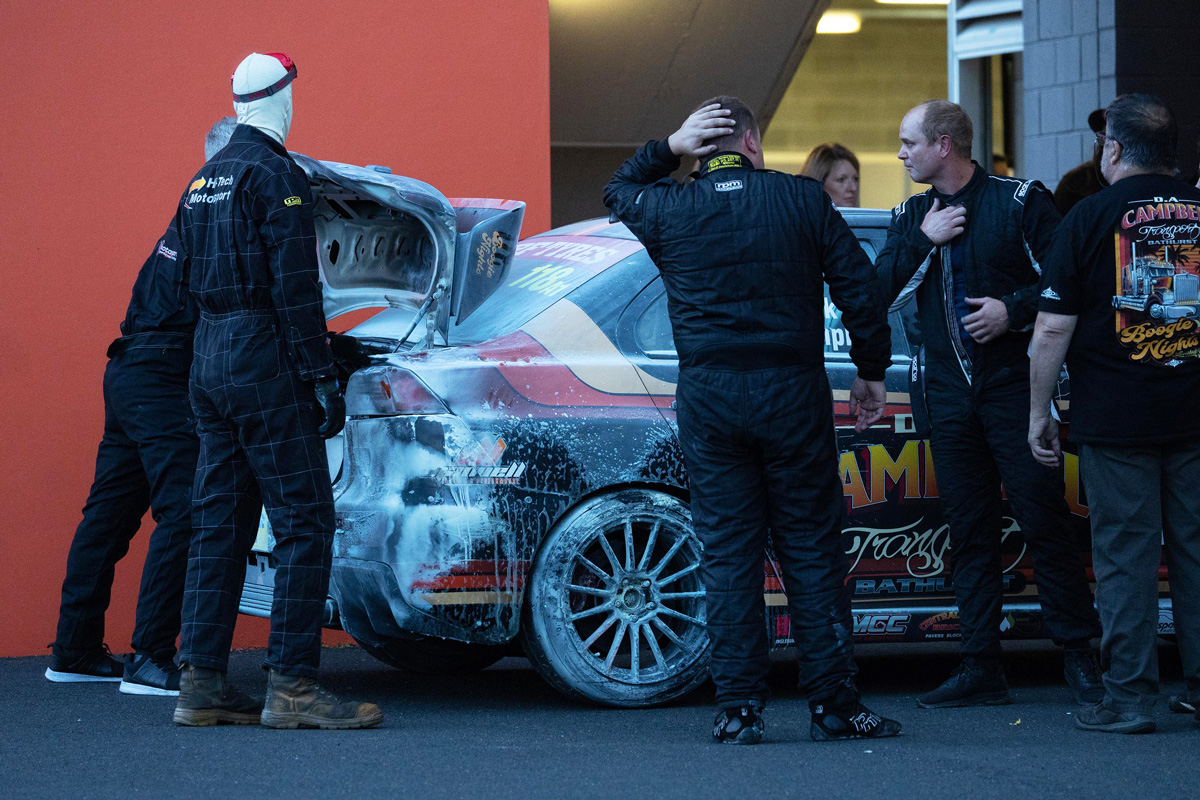 All 67 cars that started the Hi-Tec Oils Bathurst 6 Hour weekend remain in the running for day two of the event today, despite some Friday dramas.

Originally set to feature a capacity 70-strong grid, a few late withdrawals were headlined by the Marcos Ambrose/George Miedecke entry that was struck down by electrical gremlins.

By the time Practice 2 arrived yesterday afternoon, just 64 cars took to the track, one of which – the Levitt Motorsports Mercedes W204 C63 – failed to set a lap time.

Now, some of the missions for crews to keep their hopes alive have emerged.

Efforts to repair the engine on the #17 Misch’s Excel Garage Toyota 86 went through until 01:45 this morning, and only after fellow 6 Hour competitor Wayne Russell offered a spare part.

That part needed to be picked up from the Russells’ Newcastle workshop, making for an eight-hour return trip before work could begin.

Also pulling an all-nighter was the team on the #11, 11 Racing Subaru BRZ after a practice crash left it with significant front-left damage.

Another to endure engine dramas was the #31 Osborne Motorsport Renault Megane RS265, requiring a replacement unit to be installed and a new engine map uploaded to both the team’s cars.

The #51 HSV Astra entry suffered a clutch master cylinder failure yesterday, with the team reportedly splitting its hopes between scouring Bathurst’s auto parts stores this morning, or purchasing a donor car to secure the necessary component.

The #118 DA Transport Mitsubishi Lancer Evo shared by Dean Campbell and Cameron Crick meanwhile has been given the green light to return the track today despite having been engulfed in flames yesterday.

Stan Sport’s coverage of the event begins today at 12:00. Practice 3 is currently underway.

Tim Slade topped the timesheets in Practice 1, while Will Davison led the way in the Friday afternoon session.