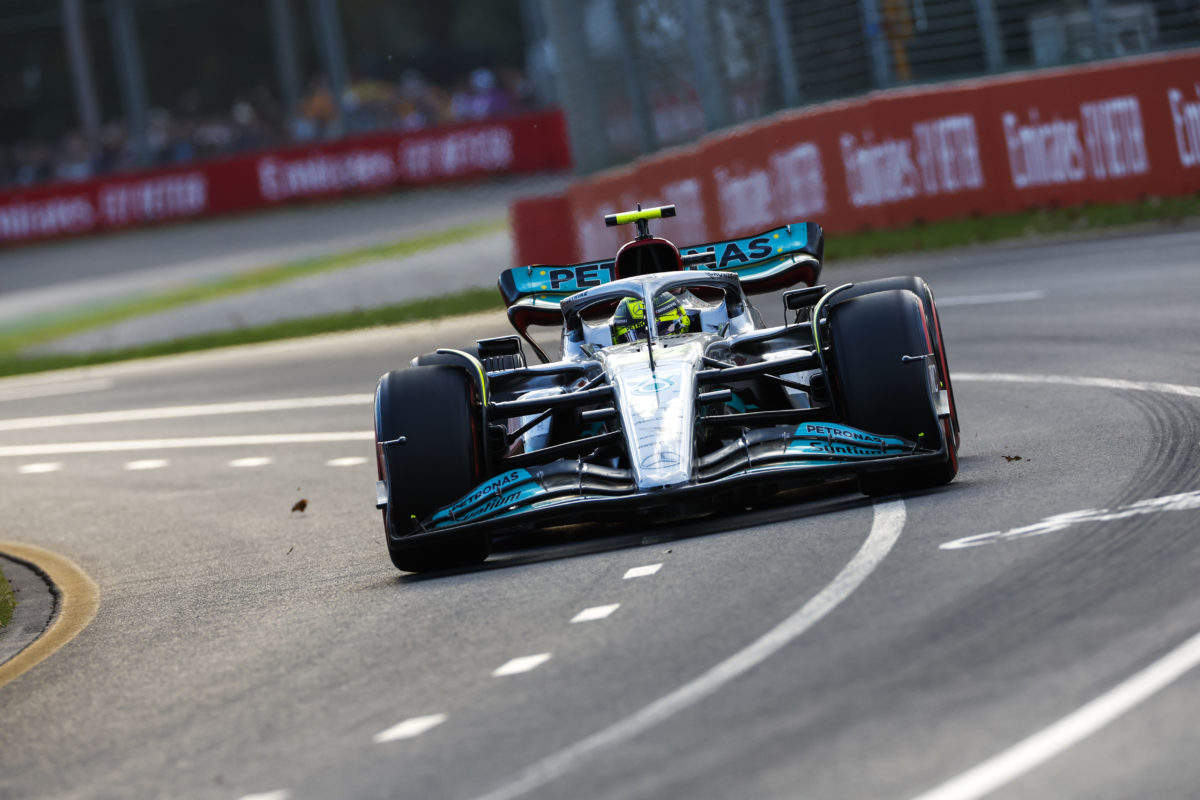 The Mercedes Formula 1 team is battling to get on top of a correlation issue between its on-track, virtual, and simulator performance.

Team boss Toto Wolff has revealed that there’s perhaps as much as a second difference between what the factory analysis suggests and what the operation is seeing on-track.

Close correlation between the real and virtual worlds is critical for F1 teams, especially in the cost cap era, as they look at which branch of development they opt to follow.

Opting for an avenue which has little room for further growth, or does not produce the improvements expected, is not only time consuming but also hugely costly for teams already struggling to remain inside the $140 million annual cap.

Mercedes has typically enjoyed good correlation, though that appears to have disappeared at least in the early part of 2022.

“I believe that we are going to get it nailed on with this car as well,” Wolff asserted.

“You can see that many other teams like Ferrari still have some bouncing but they have done many other things right that we missed out on, or that we didn’t perform very well.

“And same for Red Bull,” he added.

“Their car got quick from one day to the other in Bahrain testing by bringing the update.”

Bouncing, or porpoising, is a key issue that has hampered the early pace of the Mercedes W13, typically more in qualifying trim than race conditions.

While many teams suffer from the aerodynamic phenomena, caused by the airflow under the car stalling and re-attaching, the German marque seems among the worst impacted.

At Ferrari, the bouncing appears to stop, or at least significantly reduce, under braking. That is not the case for Mercedes, which carries the issue into the corners, negatively impacting the driver’s confidence in the process.

“This car is very difficult to correlate because you can only move the car with a certain frequency in the wind tunnel, where it’s just limited, and on track it does something completely different,” Wolff explained of the technical battles teams face understanding porpoising.

“This is a new way of analysing aero data, it’s a new way of correlation between the simulations and the real world which needs to be understood.

“But we have the tools and the people to understand that, but we haven’t found that yet.”

For the moment teams like Mercedes have two choices; live with porpoising or raise the ride height to the point where it’s manageable.

Mercedes sits second in the constructors’ championship behind Ferrari, its position there owing to the fact Red Bull has had three DNFs from six starts in 2022.

Formula 1 next heads to Imola for the Emilia Romagna Grand Prix on April 22-24.