Is D’Alberto the Rick Kelly of TCR?

Is D’Alberto the Rick Kelly of TCR? Ever since Supercheap Auto TCR Australia launched in 2019, Tony D’Alberto has been at the forefront.

The Shell V-Power Racing Team Supercars co-driver was runner-up to Will Brown that inaugural season, and now holds the series lead for the first time.

The 36-year-old has nine TCR podium finishes to his name. He’s finished fourth or fifth on a further 11 occasions. But he’s still yet to taste victory.

D’Alberto has built a reputation for consistency, reminiscent of Rick Kelly who clinched the 2006 Supercars Championship despite winning just one of the 34 races that season.

When prompted on such a comparison by Speedcafe.com, D’Alberto instantly chuckled: “I know, I need to get those wins under my belt!”

“We have had a couple of opportunities – some haven’t gone our way, some that I’ve stuffed up,” he continued.

“There’s been various reasons why but I think we’re in a good enough position now where we’re knocking on the door enough that if we can keep doing that – obviously points are crucial – but it would be nice to get a couple of wins this year.”

The title is the priority above all, though.

“Even in Supercars land, everyone talks about trying to win that one race at Bathurst or a championship. We don’t have that in TCR; the championship is the ultimate goal,” said the #50 Wall Racing Honda driver.

“We were second in 2019, we had a rough one last year, so to bounce back would be nice.

“But it’s pretty damn early to be thinking too much about it.” 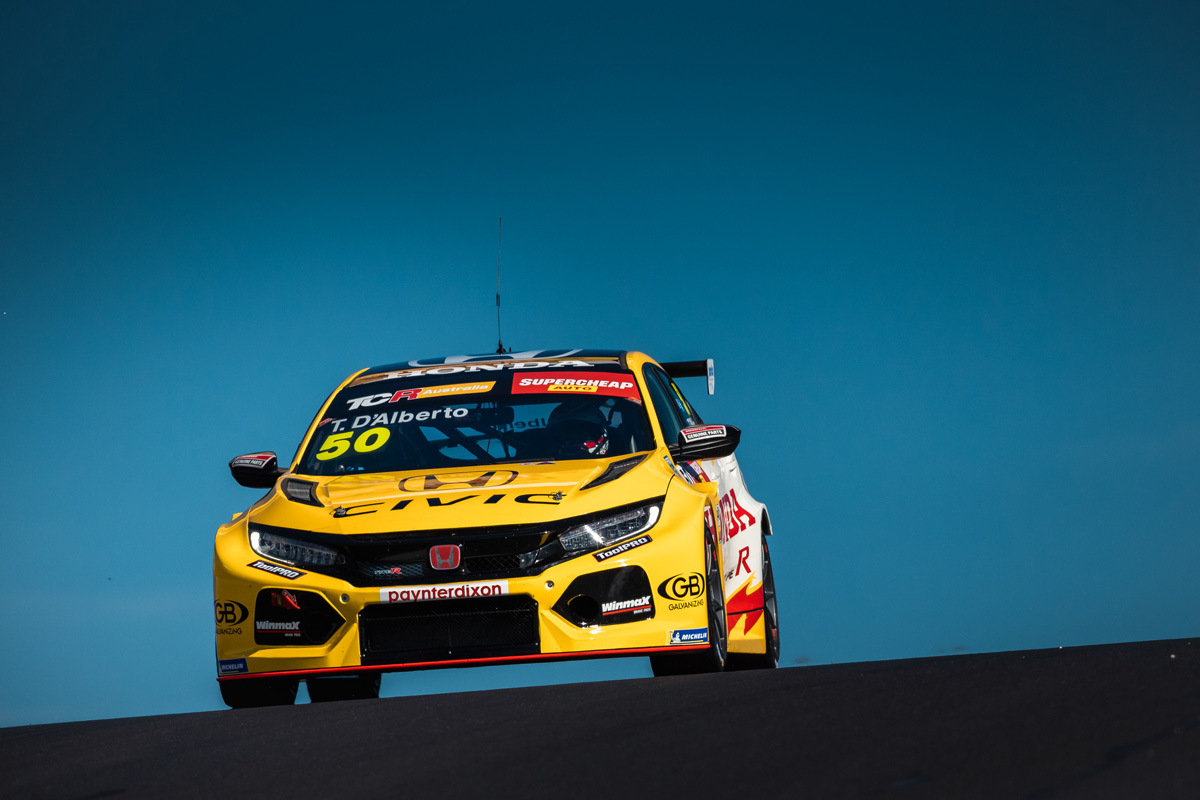 He’s well aware that Mount Panorama could be pivotal to his chances, with the revered circuit hosting Round 3 this weekend, as well as the season finale come November.

Bathurst’s long straights don’t necessarily play to the strengths of the Honda package, and if Friday practice is anything to go by, Peugeot appears to well and truly have the upper hand.

D’Alberto though is quick to point out that the category is ultra-competitive whichever track it turns up to.

“So I don’t really go to any of the rounds thinking ‘who is going to be quick in particular?’

“You sort of just think, ‘well we have got to do a good job otherwise we’re going to be off the pace’.

“Which is sort of the approach that a lot of the Supercars guys take. Anyone on their day can get a result, and TCR is like that as well.

“It’s not like other categories where you know you have got two or three other blokes and they’re your rivals for the year and you know that you have got the other dudes covered even on a bad day. It’s just not like that in TCR.

“Up and down pit lane, there is just so much strength in the category.”

Stan Sport will broadcast all the action live and ad-free.