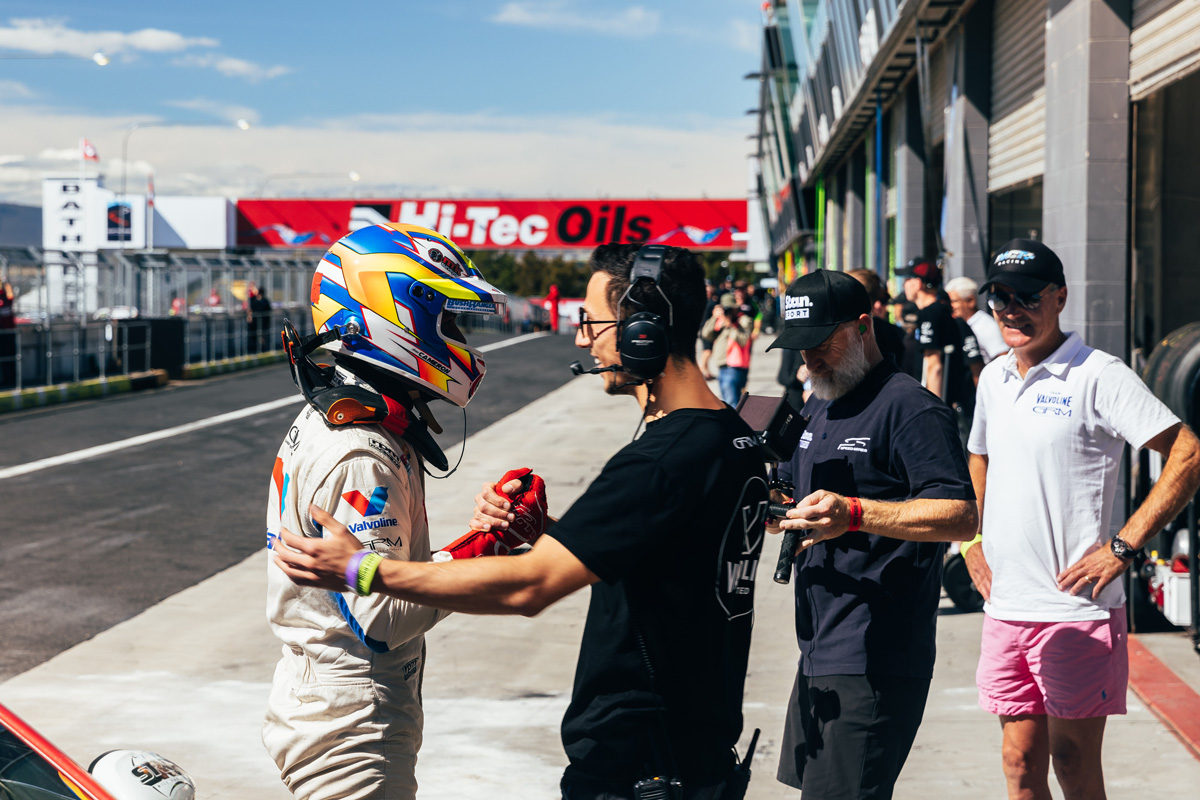 In what was a relatively uneventful 10-lapper, Cameron’s biggest challenge came in the opening moments as fellow front-row starter Ben Bargwanna got the better getaway.

Bargwanna hung around the outside, only for Cameron to win the drag race down to Griffins Bend, never looking back from there as he gradually eked his margin out to 2.8633s at the flag.

Bargwanna was elevated to second on the grid after Jordan Cox incurred a three-place penalty for impeding Will Brown during qualifying.

Cox wasted little time in making it a Peugeot 1-2-3-4 once more as debutant Tim Slade was shuffled back a couple of spots having started a fine fourth substituting for Fabian Coulthard in the #24 Stan Sport Wall Racing Honda.

However, Cox’s hopes of snatching third off Dylan O’Keeffe came crashing down when he was forced to park up on Lap 5 coming out of The Cutting due to overheating issues.

Cox had entered the encounter second in the standings, 12 points behind leader Tony D’Alberto, but his tally has now taken a hit due to the DNF.

As Cameron, Bargwanna and O’Keeffe continued to hold the podium placings with ease, Brown was on a charge to fourth.

The 2019 title winner gained more positions than any other driver in rising from eighth, coming home ahead of James Moffat and Slade.

The Ashley Seward Motorsport Alfa Romeo driver accordingly will start Race 2 later this afternoon from pole position, given it is a reverse top 10 grid affair.

Cox was the race’s only casualty, all other 20 drivers finishing on the lead lap.