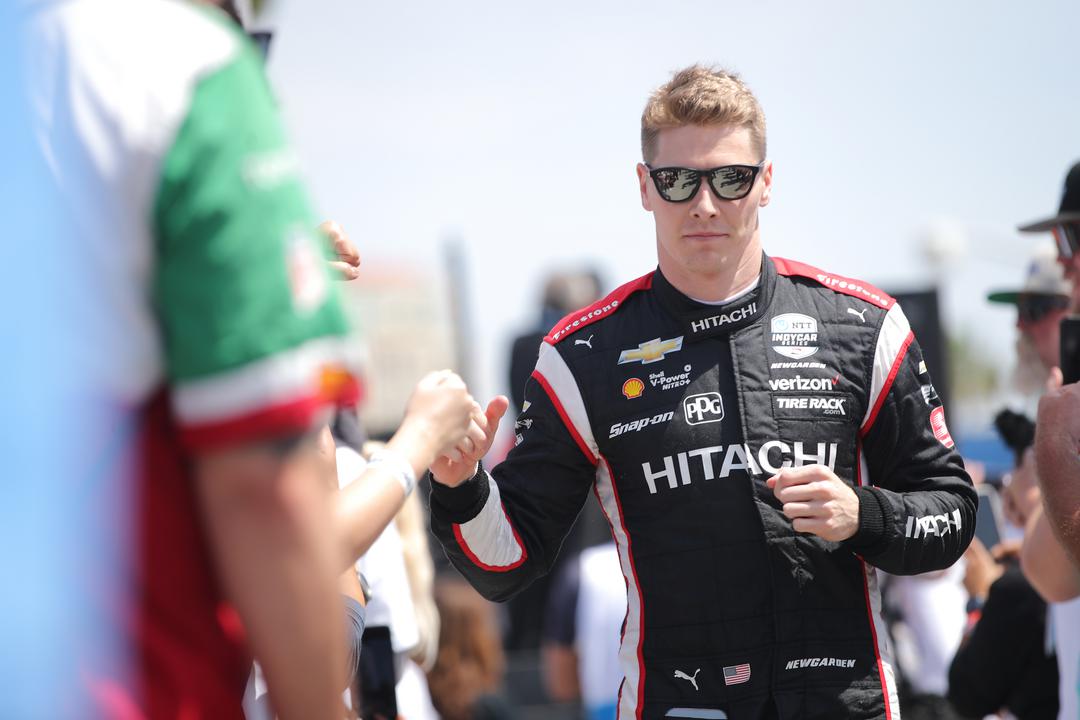 Josef Newgarden insists he can stay focused on his IndyCar campaign despite the birth of his first child, which is expected just days from now.

The Team Penske driver has been on baby watch since before last weekend’s Grand Prix of Long Beach, where he took over the series lead with a hard-fought victory.

In fact, after a tough start to the season in St Petersburg, Long Beach represented his second win in a row, having prevailed in a final-lap thriller at Texas Motor Speedway.

While there is the potential for Newgarden to miss at least some of next week’s Open Test for the Indianapolis 500, he believes he will otherwise be unaffected.

“I don’t try and overthink things too much or read into situations too often; I really don’t,” said the 31-year-old about an arguably counterintuitive formline on the race track, considering his personal life right now.

“I believe [when] you’re focusing on your business, there’s outside influences and factors that can contribute to results.

“But ultimately, if you’re just staying focused on your job, then you get blips here and there that affect a result, but if you just carry on doing your own thing, then nothing should really be affecting it.

“I don’t know if that is necessarily correlated to that, but it seems to be something there. So, so far so good.

“So, I don’t know, I don’t know that I have a good answer, but I have seen in the past that when a lot goes on in my life, we do pretty well.”

Newgarden said during the Long Beach event that he would race that weekend unless “some dire issue” arose, and did indeed get through to Sunday afternoon without having to rush home.

The Indianapolis test takes place next Wednesday and Thursday (April 20-21, local time), and wife Ashley is due to give birth just before then.

Questions about those logistics led to an amusing exchange during a press conference at Long Beach.

On the due date, the Penske driver explained, “It’s a couple days before, so… Trying to shoot a gap here,” at which point Alexander Rossi quipped, “You shot something.”

Newgarden continued, “That’s the plan. She’s competitive, so she’s just like me; I want to win the race, she wants to win this baby delivery.

“We’re going to try to knock it out. Hopefully it goes well.

“We’ll see. We’re first-timers so we don’t know anything about this stuff.”

He added, “Indy is close. It makes it a little bit easier than being [in Long Beach].

“If I’m in Indy, I think I can get back home relatively quickly.”

A 32-car field has been confirmed for the Indianapolis test, as the search for a 33rd entry for the race continues.