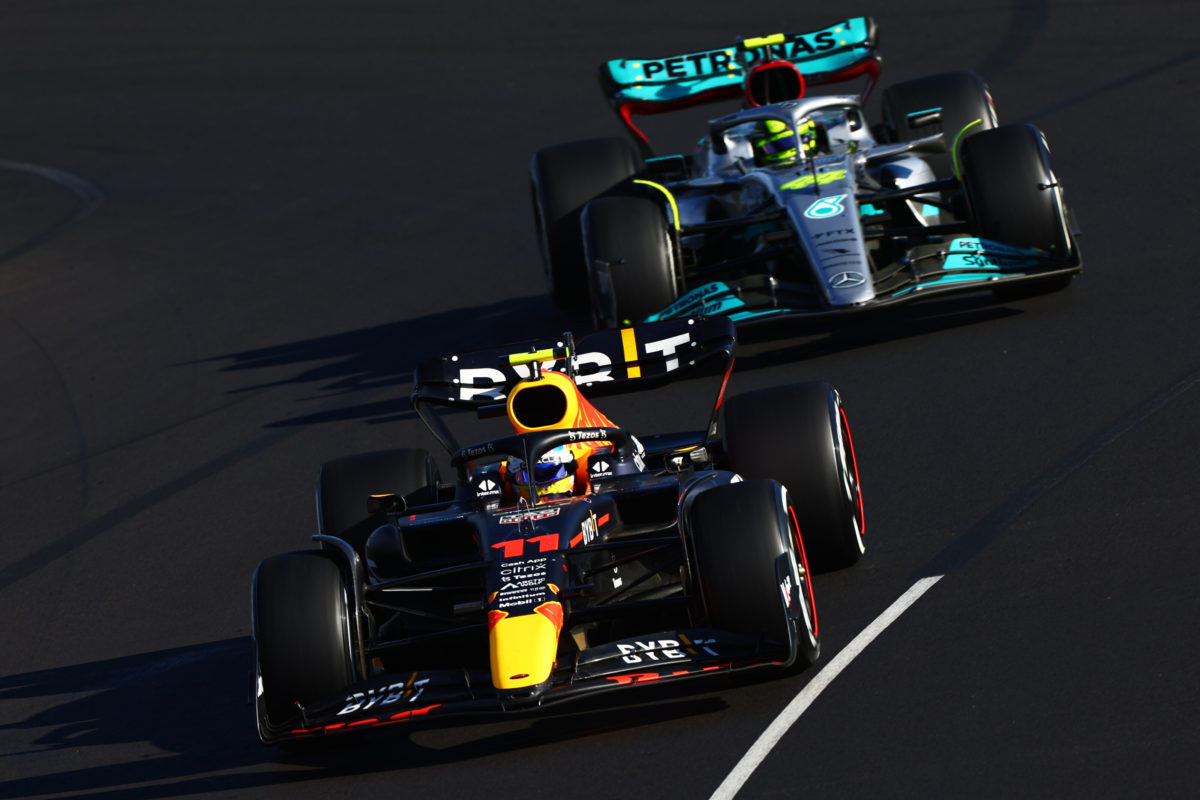 The duo have remained team-mates at Red Bull for a second season, Verstappen winning last year’s drivers’ championship while Perez was fourth with less than half the points of his title colleague.

However, that trend has not continued into 2022, with the Mexican the best placed of the two Red Bull drivers in fourth, with 30 points.

That comes after a fourth from pole in Saudi Arabia and second last weekend in Melbourne, while Verstappen has just victory in Jeddah to his name as he lies sixth in the drivers’ championship.

The RB18 the pair are piloting this year has proved itself fast, though fragile, with both classified despite not running at the chequered flag in Bahrain.

Verstappen then failed to finish in Australia when a fuel pipe problem forced him to park up with 20 laps remaining.

To that point he was the leading Red Bull pilot, though not with the margin he’d enjoyed last year.

Similarly, in Jeddah, it was Perez who seemed to have the upper hand, controlling the race from pole position before an ill-timed Safety Car scuppered what looked set to be victory.

“I think one of the main differences is that we are all starting from zero,” suggested Perez when asked if this year’s Red Bull suits him better.

“Last year when I came, you’ve got to remember that it was like the third year of the same regulations, so the cars were fairly similar, so when you join a new team, it’s quite hard to catch up.

“But when we are all starting from zero, [it] certainly makes a difference.”

“I do believe that everyone is just figuring out how to drive these cars the best,” he added.

“I don’t think there’s anyone at the moment who is 100 percent with their cars, and similarly with the teams, so there will be a lot of improvements coming from here.”

Thus far in 2022, Ferrari and Red Bull have been the class of the field, even if the latter’s reliability record sees it just third in the constructors’ championship.

That has left both Perez and Verstappen down the drivers’ championship order too as they battle a car that seemingly has the pace but not, as yet, the longevity.

In its six starts thus far, Red Bull has posted just three finishes, with two of those on the podium.

By contrast Ferrari has seen its F1-75 reach the flag on five occasions, and within the top three in each instance.

The Formula 1 season moves to Europe next with the Emilia Romagna Grand Prix from April 22-24, a race won last year in wet conditions by Verstappen while Perez struggled.