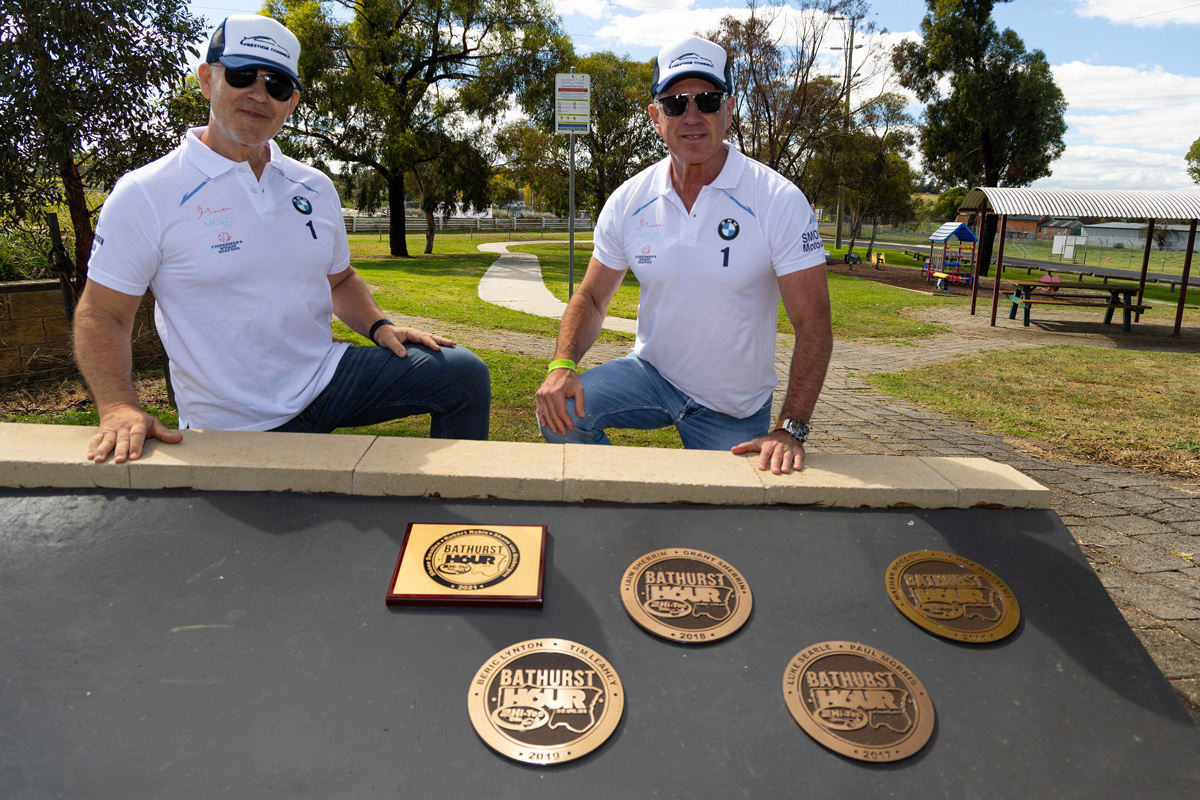 More names to have conquered Mount Panorama will be immortalised with the creation of a new Bathurst winners walk.

Victors of the Bathurst 6 Hour, 12 Hour, and 24 Hour will all be recognised with plaques in a dedicated display area by the Peter Brock statue near Murray’s Corner.

Shane Smollen and Rob Rubis, who won the 6 Hour last year alongside Shane van Gisbergen, yesterday became the first recipients of the special plaques, which were presented by Bathurst Mayor Robert Taylor.

“It was a pleasant surprise, we thought we were yesterday’s heroes,” Smollen said.

“It’s been a great honour today with the Mayor, it’s nice to sit back and reminisce about last year and look forward to this weekend.

“This is grassroots racing but it’s an important race with such a big field, it’s what the people want to see; real cars, great range of drivers and it’s going to be a great experience.” 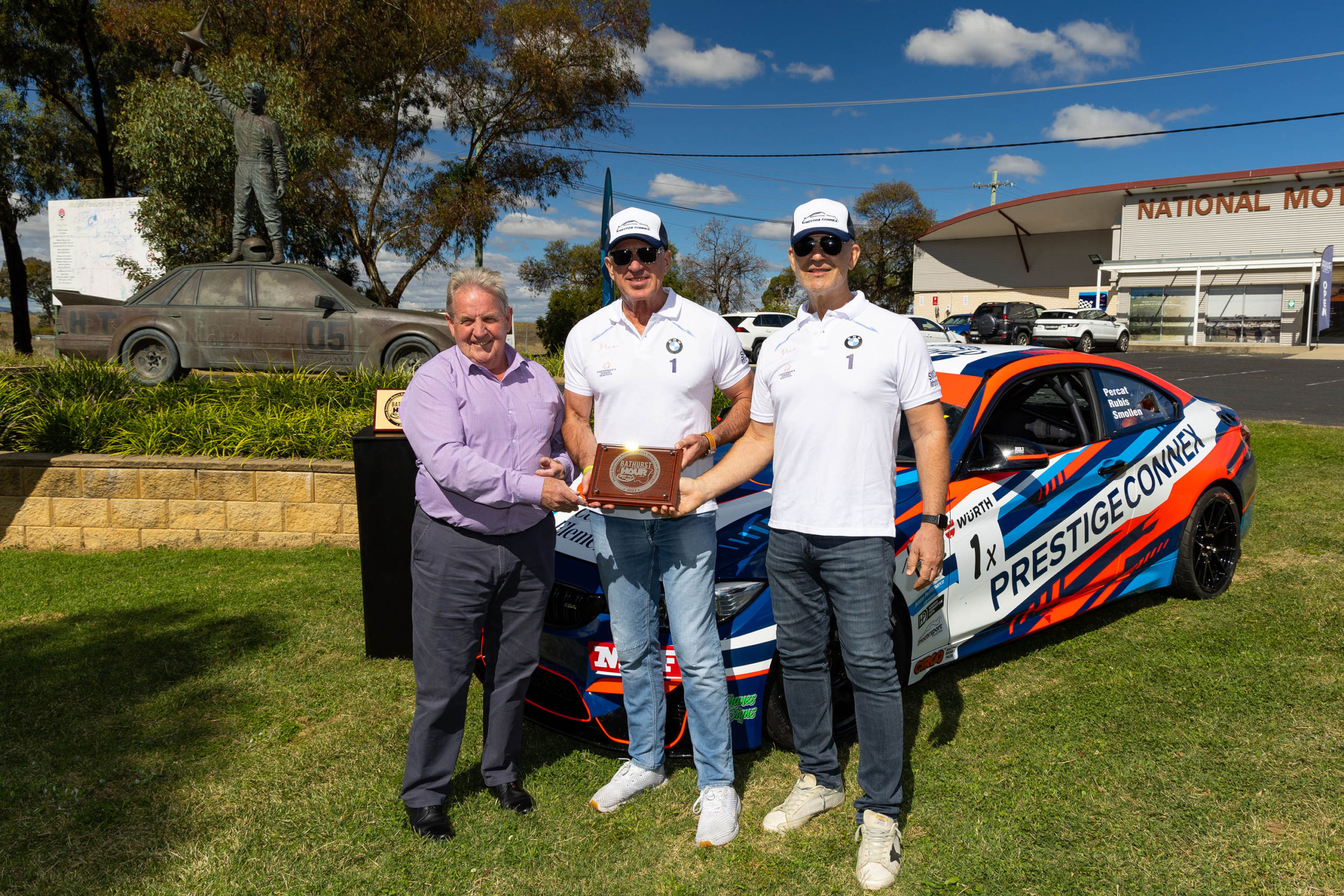 Rubis added: “It was a bucket list tick, to do it in the way we did it was special and unique.

“It’s a great event and as Shane said, this is all about where racing began, especially in Bathurst.

“There’s a lot of competition and it’s an event that will just grow and grow in stature.”

Van Gisbergen will be sent his plaque, having this week been ruled out of the 2022 edition due to COVID-19.

He has been replaced in the Smollen/Rubis line-up for this weekend by 2011 Great Race winner Nick Percat.

Opening practice for the Bathurst 6 Hour starts today at 10:05 AEST.