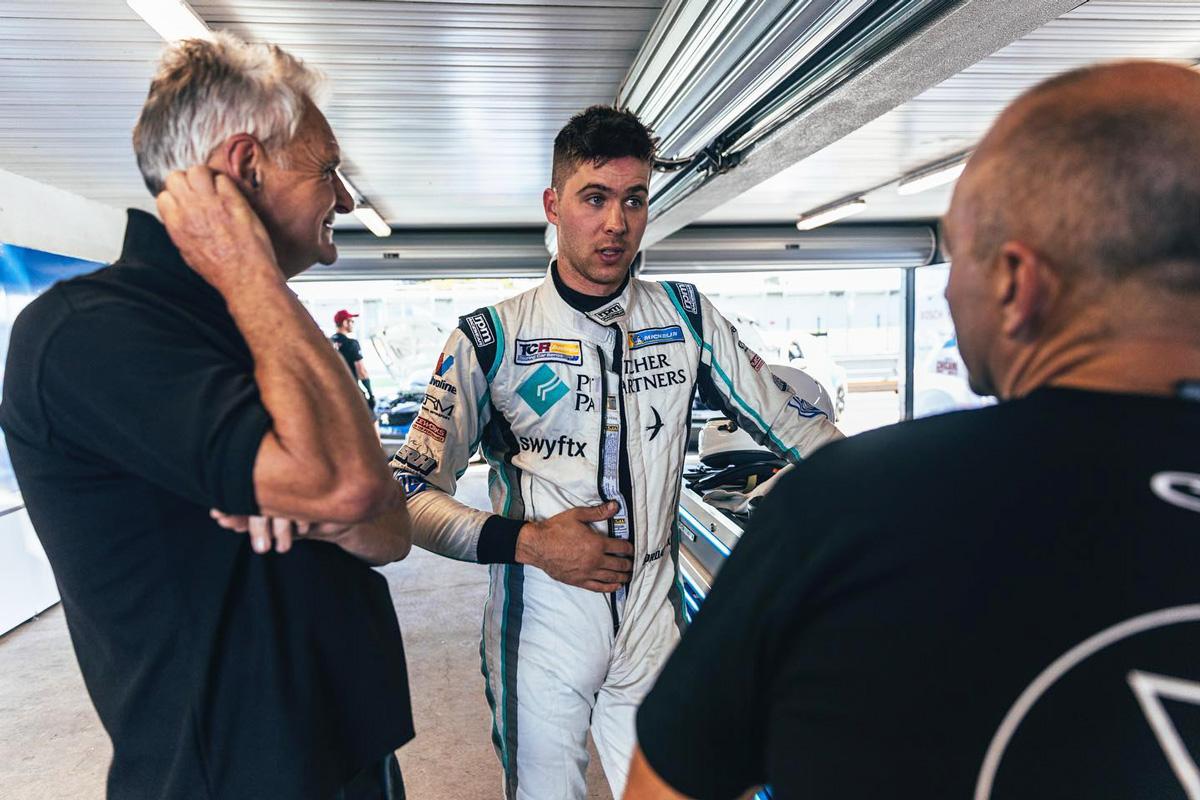 Jordan Cox has topped a stop-start first session of the year at Mount Panorama for the Supercheap Auto TCR Australia Series.

Running as the lead support act at the Hi-Tec Oils Bathurst 6 Hour, the 21-strong TCR field rolled out this morning for an initial half-hour block of practice.

However, red flags would prevent any representative lap times from being set until the closing stages.

The chief delay came about when Jay Hanson crashed at The Cutting.

A winner of two races this season, Hanson is set to continue this weekend by virtue of switching to a spare car prepared by his Melbourne Performance Centre team.

Ashley Seward Motorsport driver Michael Caruso is also on the back foot early after engine dramas forced him to spend the bulk of the session in pit lane.

A time extension of five minutes was added onto the session given the circumstances, which allowed for a flurry of late times.

Tim Slade had held sway when Practice 1 resumed, albeit on an unrepresentative 3:06.0704s.

The timing screens soon lit up and it was Cox that went to the top after the first runs with a 2:18.7444s, with Bailey Sweeny the only driver within 1.6s of him at that point.

Ben Bargwanna, Sweeny and Aaron Cameron all lowered the session-best time to Sector 1 the next time around, but it would be Cox who maintained the upper hand as he banged in a 2:17.0767s.

Cameron would get close on a 2:17.2574s, but the benchmark would stand even as times tumbled further back in the pack amid a third set of flyers.

All told, it was Cox over Cameron by 0.1807s, with Dylan O’Keeffe next best – more than a second off Cameron’s time.

Debutant Tim Slade, who is substituting for a COVID-stricken Fabian Coulthard this weekend, was the last of the drivers in the 2:19s bracket in 11th.

Practice 2 for Supercheap Auto TCR Australia is due to commence at 14:00 AEST.