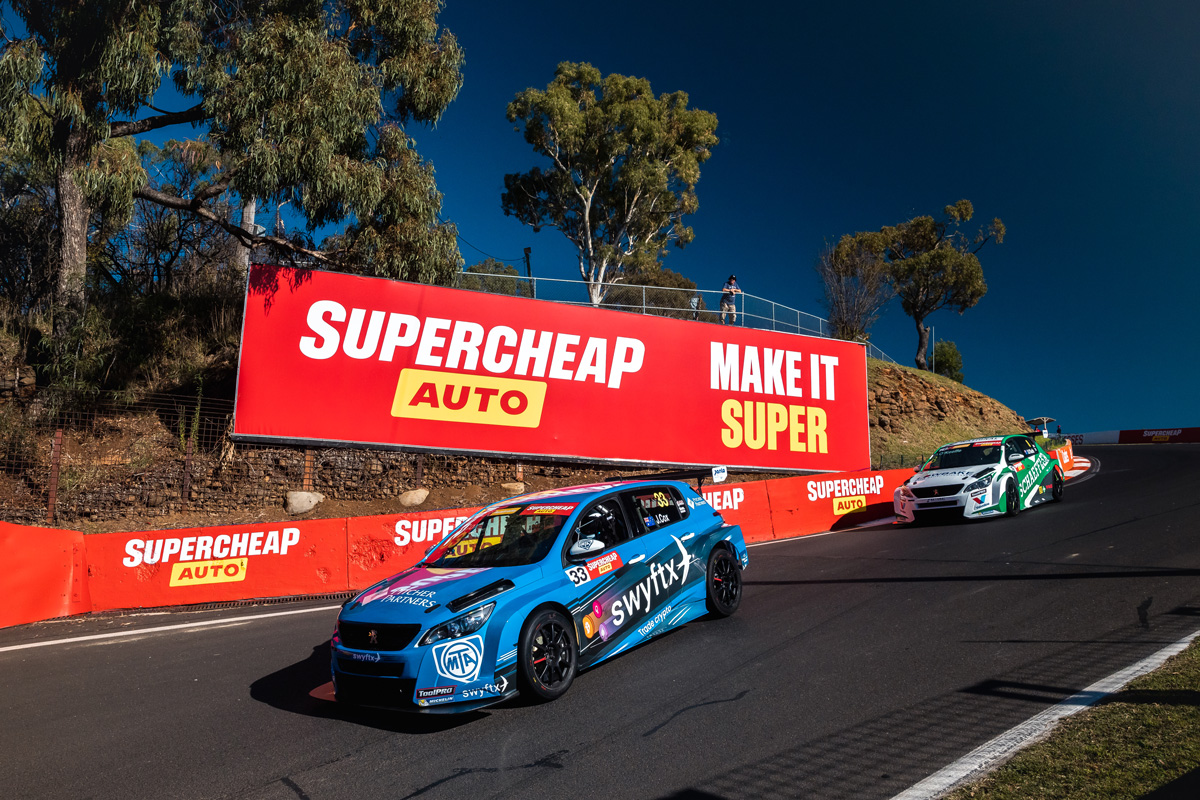 Cox and Garry Rogers Motorsport team-mate Aaron Cameron picked up where they left off in Practice 1 this morning to continue being the class of the field.

Ben Bargwanna, who last year set a practice/qualifying lap record of 2:14.6337s, enjoyed a brief stay at the top of the timesheets having gone 0.0899s faster than Cameron’s best effort to that point.

Cameron regained the ascendancy by half a second with a 2:15.1352s on his penultimate lap, only for Cox to better that by another half-second on his way to a record-breaking 2:14.5848s.

For a while, it looked as if Cox wouldn’t long hold the top spot, with Cameron going faster again on his final tour of The Mountain before fading ever so slightly in Sector 3.

Nevertheless, he improved to fall just 0.1660s short of Cox, with no one else within a second of the #33.

Bargwanna hung on to again make it a Peugeot 1-2-3.

Other notables included Tim Slade in eighth, and Jay Hanson in 10th aboard the spare Melbourne Performance Centre Audi following his crash at The Cutting this morning.

The TCR field will be back on track tomorrow for qualifying from 12:20 AEST, coverage of which will be provided by Stan Sport.