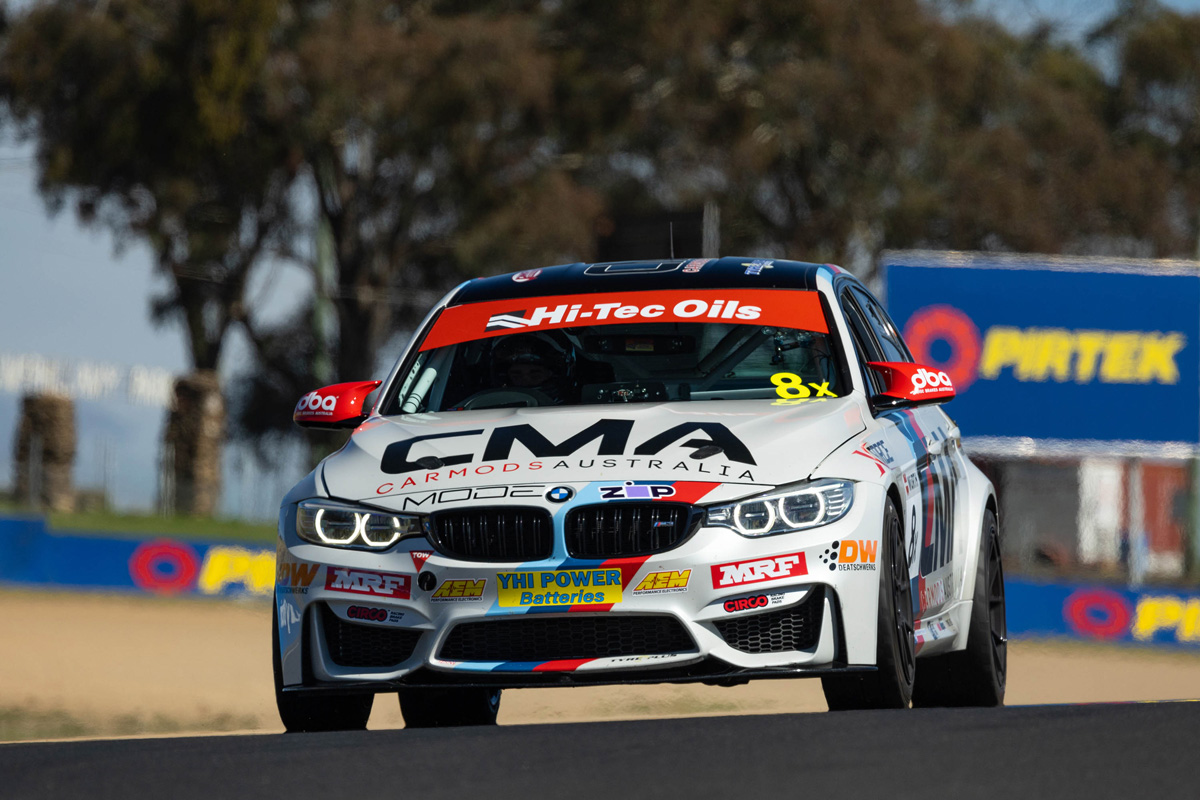 The #8 shared by Tim Slade and Bradley Carr

Tim Slade and Bradley Carr have set the tone in Practice 1 for the Hi-Tec Oils Bathurst 6 Hour courtesy of a stunning a last-gasp effort.

The #23 entry shared by Beric Lynton, Tim Leahey and Will Davison had appeared destined to end the hour-long session fastest as they improved their own benchmark lap after lap.

Davison is yet to turn a lap, but will have the opportunity to do so in Practice 2 this afternoon.

Slade’s last effort duly blew the field away, improving their own personal best by 1.3s to lob a 2:27.2403s, giving him almost eight tenths to Leahey and more than 1.5s to third-placed Tom Sargent/Cameron Hill.

Slade is on double duties this weekend as he also covers for COVID-hit Fabian Coulthard in Supercheap Auto TCR Australia.

In all, BMWs accounted for nine of the top 10 positions, including the top seven.

Will Brown topped the A1 class aboard the Mercedes A45 AMG he’s sharing with Rod Salmon and Mark Griffith, with a time good enough for eighth outright in the 67-car field.

In the #1 BMW, Smollen was 10th fastest, with van Gisbergen’s COVID replacement Nick Percat tipped to get his first laps of the day in Practice 2, which will begin at 16:35 AEST.