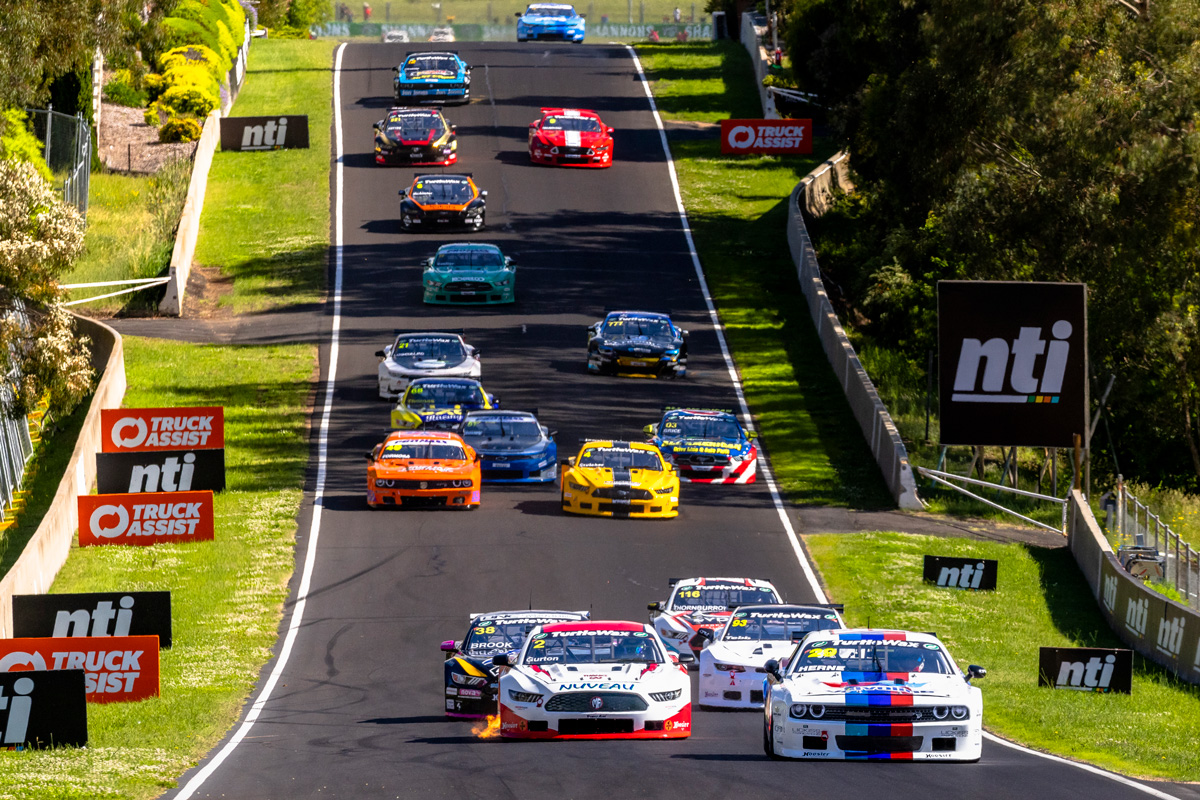 Trans Am cars will return to Bathurst this long weekend

It won’t be Shane van Gisbergen, but the Turtle Wax Trans Am Series will still have a debutant in its ranks this weekend at Mount Panorama.

Repco Supercars Championship leader van Gisbergen was due to juggle a maiden Trans Am expedition with a drive in the Hi-Tec Oils Bathurst 6 Hour main event, until a COVID-19 positive test rendered him unavailable.

Brett Holdsworth had been among the competitors to hail van Gisbergen’s addition to the grid as “amazing”, but the opportunity to go door-to-door with the Kiwi will now have to wait until at least May 27-29 at Sydney Motorsport Park.

Nevertheless, there will be a fresh face on the 25-car grid in the form of James Simpson.

The youngster is a fourth-generation racer, his father Michael having raced to a number of podium finishes in what is now known as the Dunlop Super2 Series.

Meanwhile, Elliot Barbour will return after missing the recent Phillip Island round.

The Turtle Wax Trans Am Series will roll out for opening practice at 08:15 tomorrow.