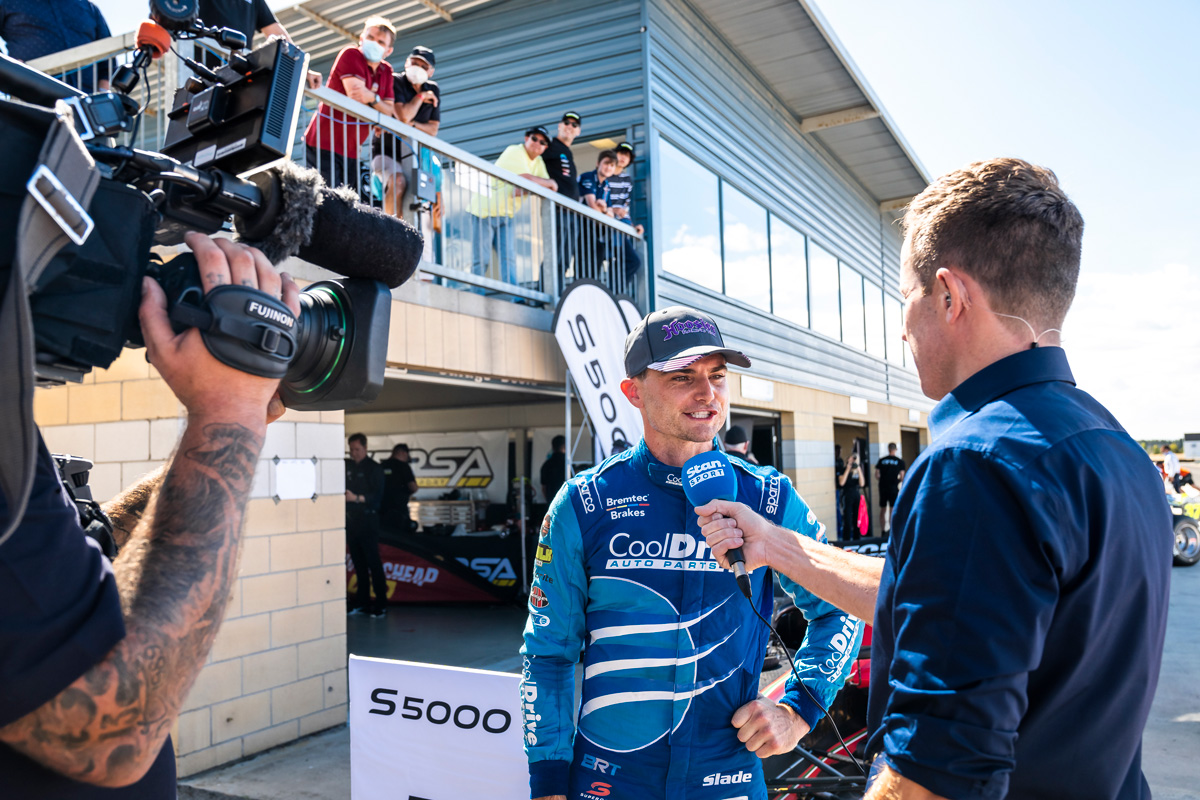 Tim Slade says Tony D’Alberto will be an invaluable asset for him to get up to speed when he makes his Supercheap Auto TCR Australia debut this weekend.

The two-time Supercars Championship race winner has been drafted in at short notice to replace Fabian Coulthard in the Stan Sport Wall Racing entry, following the latter testing positive to COVID-19.

Slade has only very minor TCR experience of his own to draw on before tackling Mount Panorama as part of the lead support act at the Hi-Tec Oils Bathurst 6 Hour.

“I cut a few laps in Ash Seward’s Alfa at Winton in 2020, and I was looking at the potential of doing some races, but COVID put paid to that,” he said.

“Now I’ve got the opportunity and I’m really looking forward to it – especially at Mount Panorama.

“Bathurst is a lot different to Winton, and I am not sure how different the Honda is to the Alfa. So, I’ve got no real expectations for the weekend.

“I’ll just do the job that Wallie [team owner David Wall] and his team ask of me, get comfortable in the car as soon as I can and see how it goes.”

Slade is pleased to have series leader D’Alberto in his corner, the pair having twice co-driven together in the Bathurst 1000.

“One comforting aspect is that I’ll have a team-mate like Tony D’Alberto in the same car and same team alongside me,” he said.

“We have known each other since we raced karts, we’ve done Bathurst enduros together and most recently drove in the same team at Dick Johnson Racing in 2020.

“He is a good guy and someone who will go out of his way to help. He knows the bigger picture, so it will be good to have him to work alongside.”