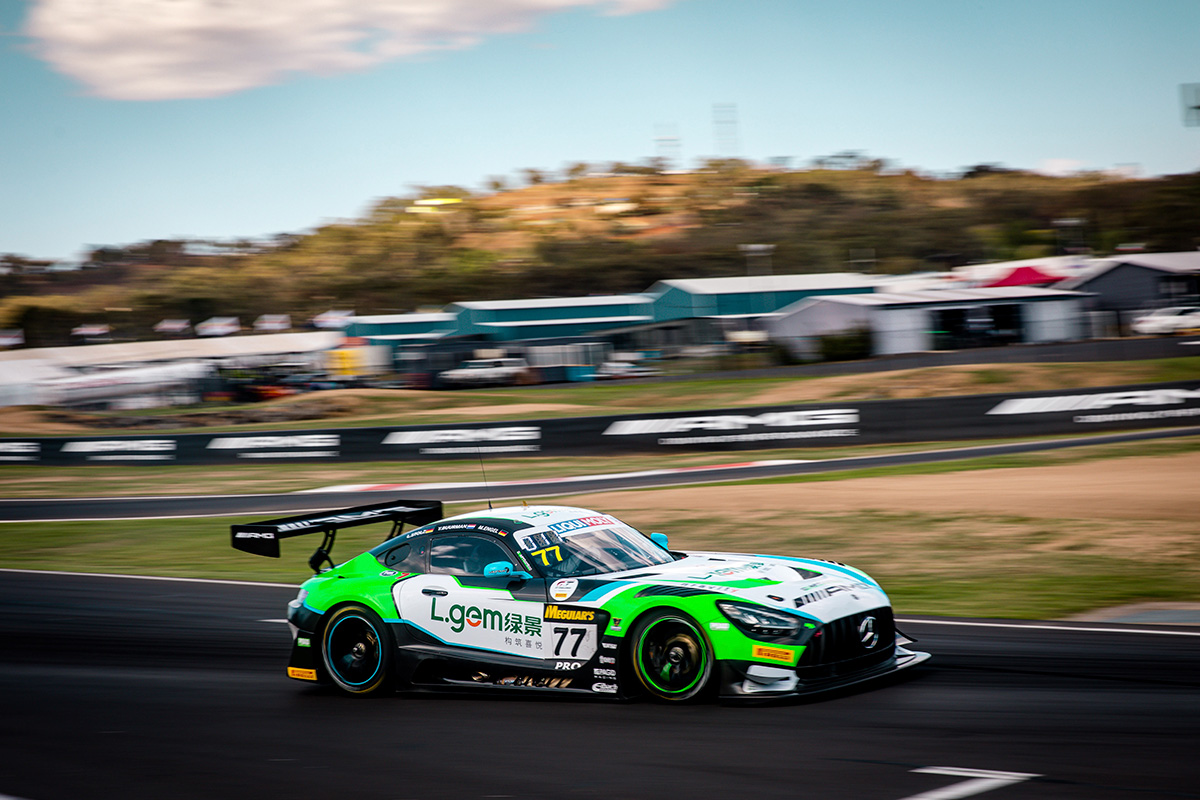 Craft-Bamboo Racing is back with Mercedes power

Craft-Bamboo Racing has become the latest international team to confirm an entry to this year’s Liqui-Moly Bathurst 12 Hour.

The Hong Kong-based outfit will field a Mercedes-AMG GT3 in the Intercontinental GT Challenge season-opener across May 13-15.

Driver announcements and a livery reveal will take place at a later date, but next month’s appearance will mark the team’s fifth at the Mountain.

A best finish of third outright came in 2015 when the squad fielded an Aston Martin, before missing out on a podium in 2020 due to a puncture on their Mercedes in the late stages of the race.

Motorsport in the Asia-Pacific region has faced significant challenges over the past two years due to the COVID-19 pandemic, making the return to Bathurst “surreal” for team director Darryl O’Young.

“The pandemic was just starting last time we came to race in Australia, and it is a great feeling that after over two years of mostly tight lockdowns around the Asia-Pacific, we can say that we are returning to Mount Panorama,” said O’Young.

“The 12 Hour has always been a special race for our team, and this year is quite unique as it’s the first Intercontinental GT Challenge race which will feature Pro-Am line-ups going for the overall win.

“I’m excited to have Evisu, Motul, Contempo Concept, and Tarmac Works as our team partners for this event and our Mercedes-AMG GT3 livery will be revealed soon.

“Although we aren’t ready to announce our drivers, I can assure we will come with a line-up that is aiming for the win.”

A month out from the event, entries and driver confirmations are expected to ramp up over the next few weeks.

GruppeM Racing is the only other international team to have confirmed its Bathurst 12 Hour plans, which are believed to still be going ahead despite a date change since that announcement.