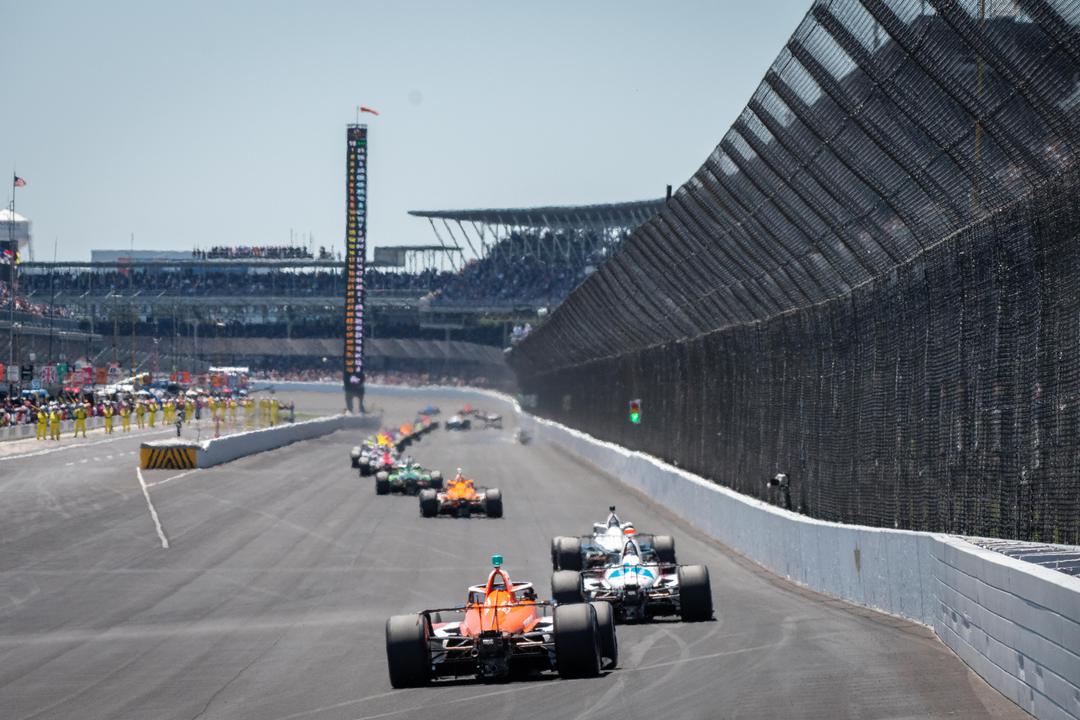 IndyCar has confirmed the field for next week’s Indianapolis 500 Open Test as the search for the 33rd entry continues.

A total of 32 drivers are set to drive at the Brickyard on April 20-21 (local time), one entry shy of the traditional size of the grid for the Indianapolis 500.

For now, all of the series regulars and those who have committed to the big one so far are due to get mileage next week.

Chip Ganassi Racing and Andretti Autosport each expand to five cars, with Tony Kanaan joining the former and Marco Andretti back behind the wheel at the latter.

Kanaan contested the ovals for CGR last year, sharing the #48 entry with Jimmie Johnson over the course of the season, but the seven-time NASCAR Cup Series champion has committed to every race in 2022.

Johnson scored an IndyCar career-best sixth on his oval debut in the category, last month at Texas, and reaffirmed that he will take part in the Indianapolis test despite surgery on a broken hand this week after his practice crash at Long Beach.

Dreyer & Reinbold Racing will join the field to run Santino Ferrucci and Sage Karam in the 500, while McLaren SP expands to three cars for both Indianapolis races in May, with Juan Pablo Montoya back, alongside Pato O’Ward and Felix Rosenqvist.

Ed Carpenter Racing and AJ Foyt Racing are back to their full complement of three cars each, given Carpenter himself and JR Hildebrand are tackling all ovals this year.

As for where the 33rd entry may come from, United States publication Racer reports that Juncos Hollinger Racing is willing to add a second car if need be.

JHR currently runs a single car, for Callum Ilott, who is said by the Ferrari Driver Academy to be on a ‘gap year’.

Action at Indianapolis will kick off on Wednesday with two hours of veteran running from 11:00, then two hours of Rookie Orientation and refresher tests from 13:00.

* Next day after local time