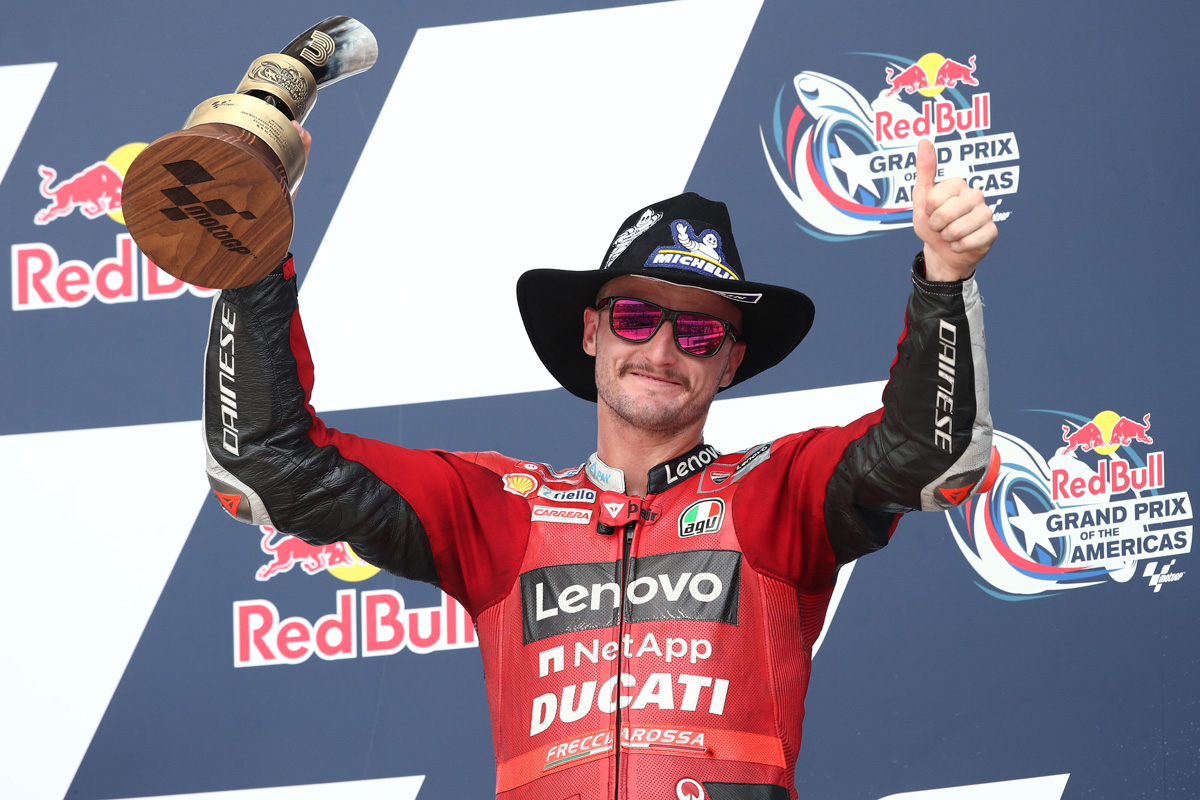 Jack Miller is unflustered by the prospect of being demoted back to Pramac Racing at season’s end.

Two Ducati riders have starred through the opening four rounds of the 2022 MotoGP world championship, but neither hail from the factory Ducati Lenovo Team.

Gresini Racing’s Enea Bastianini leads the points having won at Qatar and the Circuit of the Americas, while Pramac’s Jorge Martin has qualified either first or second at every event thus far.

Both are in just their second season of premier class competition, and shape as prime candidates to earn a call-up to the Bologna manufacturer’s top team next year.

Miller is in the final year of his existing contract, while team-mate Francesco Bagnaia is under lock and key until the end of 2024.

The Australian did break through for a podium last time out at Austin to move up to seventh overall, five places and eight points clear of Bagnaia.

Asked about the possibility of returning to Pramac should he lose his current ride, Miller replied: “I wouldn’t care.

“As you can tell, the bikes are all good. They’re fantastic.

“I know for a fact that they’re on the same equipment. It doesn’t bother me.

“As long as I’m in MotoGP getting to live my dream, then that’s the main thing for me.

“Getting the opportunity to fight for podiums and be here with all the fans, that’s the main part.”

Pressed on whether results like third at COTA could save his factory seat, Miller added: “I’m just here to ride my motorbike and do the best I can. That’s all.

“If I get a job next year with Ducati, it is what it is. I’d be more than happy to stick around. I love the group I’m with.

“As I said, I’m just focused on this year. Focused on trying to do the best job I can do.”

The 27-year-old has previously spent three years in Pramac colours, chalking up nine MotoGP podiums during his 2018-2020 tenure.