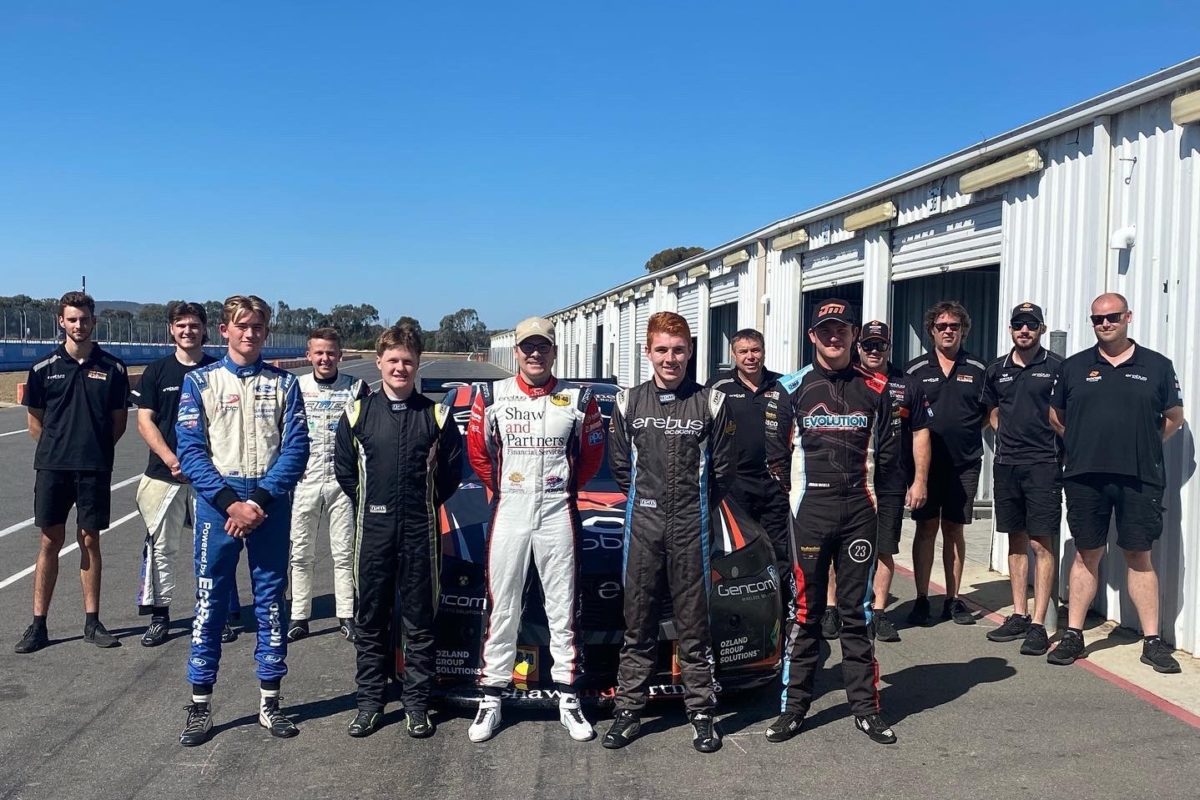 A total of six young drivers have logged mileage in the ‘Mercodore’ Supercar as part of an Erebus Academy test at Winton.

Each had three sessions at the test, held yesterday, in Erebus Motorsport’s Mercedes-powered ZB Commodore, as well as time in the passenger seat with one of the team’s Bathurst 1000 co-drivers, Jack Perkins.

“Yesterday was something we have wanted to do for a long time and a great opportunity to give these young drivers the chance to drive a Supercar,” said Barry Ryan, the squad’s CEO.

“They all acted professionally and for drivers who hadn’t done a lot of driving anything like a Supercar, they all did a great job.

“Each of them has a future in Supercars if they can find the right opportunities.”

Robotham got his first Dunlop Super2 Series race win in Round 1 of the season last month at Sydney, with him and Hanson in attendance primarily for the Image test day which was held concurrently.

Furthermore, McCarthy has a season of Super3 under his belt, but the rest have little to no experience in a Supercar.

“For some of these drivers, yesterday was the first time they had ever been in a tin top, let alone a Supercar,” added Ryan.

“It’s a great addition to their resumes and really important for these young guys to get some experience behind the wheel of a Supercar and for teams to know they have the experience and are capable.

“We can serve as a reference which is a massive advantage for these kids to be able to say that.

“We’d love to take on all of these talented drivers but that’s not possible so to at least give them an opportunity that we know will benefit their career, wherever they end up, is really important to us.”

Another academy member in Toyota 86 competitor Harrison Gray was also invited to take part, but unable to do so due to work commitments.

Erebus, as Boost Mobile Racing, is fourth in the Repco Supercars Championship’s teams’ standings after three events, with 24-year-old Brodie Kostecki fifth in the drivers’ title race and 23-year-old Will Brown 12th.

Both the Championship and Super2 seasons resume at the Bunnings Trade Perth SuperNight, at Wanneroo Raceway on April 30-May 1.