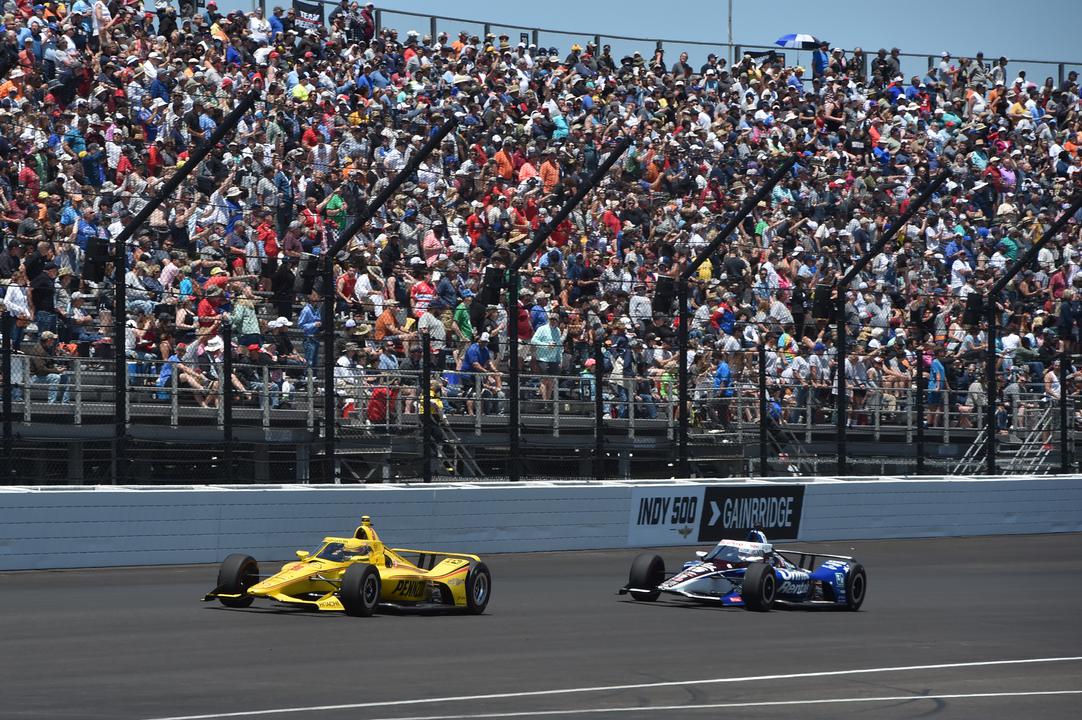 The IndyCar Series and Team Penske have entered the burgeoning NFT market for sports memorabilia with a company co-founded by American Football legend Tom Brady.

NFTs, or ‘non-fungible tokens’, are digital assets which represent real-world items such as tangible collectibles and intangibles such as videos.

Penske Entertainment and Team Penske have now stepped into the market with Autograph, which counts seven-time Superbowl winner Brady as a co-founder and its co-chairman of the board.

The partnership encompasses the IndyCar Series, Indianapolis Motor Speedway, and the Team Penske race team, and while no firm details have yet been given, the announcement suggests that highlights footage and physical items will be part of the NFT offering.

“The multi-year partnership will see its first premiere NFT collections drop in conjunction with the 106th Running of the Indianapolis 500 presented by Gainbridge on Sunday, May 29 on NBC,” reads that announcement, in part.

“‘The Greatest Spectacle in Racing’ will serve as the launch point for what will be a utility-laden, expansive offering from Autograph and Penske’s iconic motorsports properties, leveraging extremely vast historical archives, past and present drivers and race cars, and ticketing activations around the Indy 500.”

“Growing the engagement we have with our fans across the NTT IndyCar Series, Team Penske and Indianapolis Motor Speedway is one of our most important strategies,” said Gibson.

“The convergence of sports and technology provides us many unique opportunities, including this new opportunity with NFTs and digital collectables.

“We believe Autograph is the perfect partner, and I can’t wait to reward our fans with unique opportunities to get closer to the sport through this new innovative relationship.

“And nothing brings the racing world together like the Month of May and the Indianapolis 500, so it’s the perfect launching point for this innovative partnership.”

Autograph co-founder and CEO Dillon Rosenblatt remarked, “Autograph is thrilled to partner with all of Penske’s motorsport brands to honour its legacy and to help lay the groundwork for its future in Web3.

“Launching a collection with a growing racing series and one of the most important motorsports teams ever, ahead of the biggest single-day spectator sporting event in the world, is a privilege we do not take lightly.”

NFTs have been likened, at least somewhat, to the trading cards which were popular in the 1980s and 1990s.

However, they have been sold for items like iconic NBA highlights clips and are a popular way of trading digital artwork, notwithstanding that such media can often be viewed online for free anyway.

According to financial news outlet Forbes, an NFT is like a digital collector’s item which gives a person the bragging rights of saying that they own the media.

They tend to be traded by using cryptocurrency, are generally encoded with the same software, and run on blockchain technology, although they differ from cryptocurrency in a key way.

The ‘fungible’ aspect refers to whether or not one unit is interchangeable with another; being non-fungible means that each token is unique.

While sports highlights, digital art, tangible collectibles, and music, can be sold as NFTs, Twitter co-founder Jack Dorsey managed to sell his first ever tweet as an NFT for USD 2.9 million.

The IndyCar field is set to be in action next week with an open test at Indianapolis Motor Speedway (April 20-21, local time), before the fourth race of the season takes place at Barber Motorsports Park on the weekend of April 29-May 1 (local time).