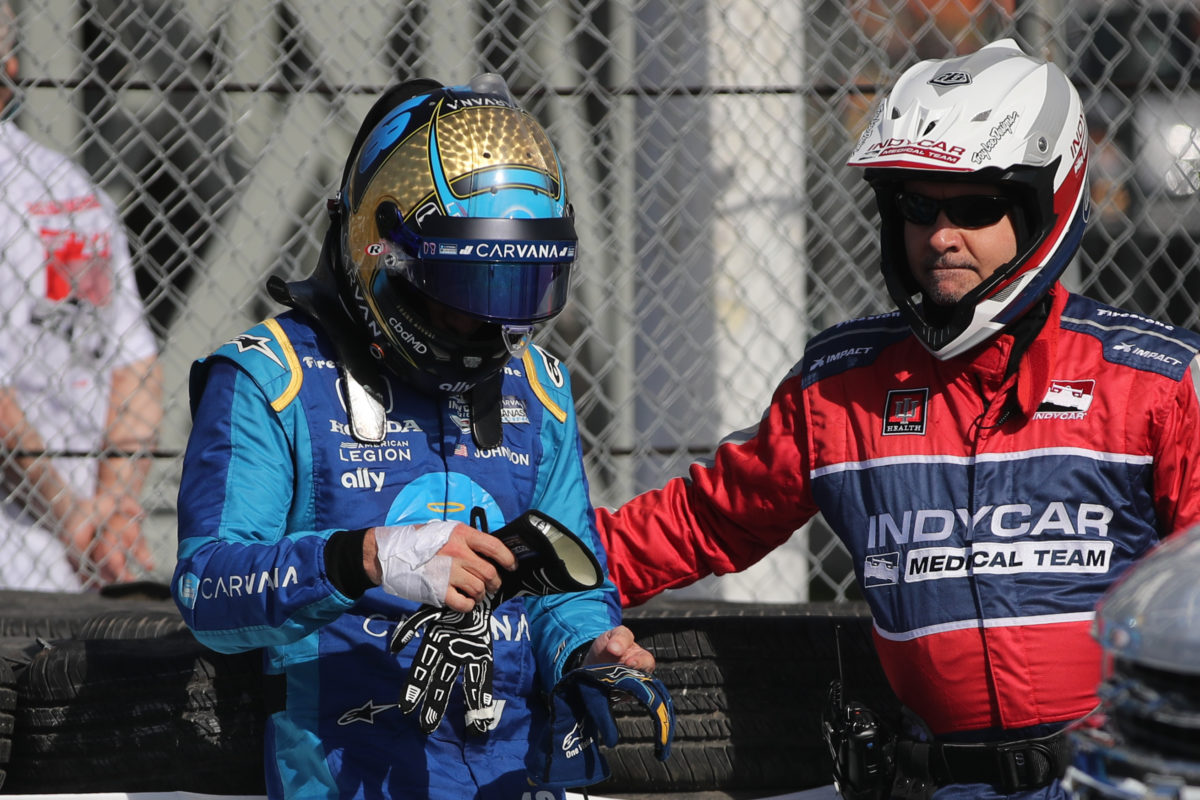 Jimmie Johnson has undergone surgery on his broken hand but is still planning on driving in next week’s IndyCar test at Indianapolis.

Johnson sustained a fracture in his right hand when he crashed in opening practice at Long Beach last Friday (local time), having taken too much kerb at Turn 5.

However, he was back on-track on Saturday morning for Practice 2, wearing a carbon fibre splint put together by his Chip Ganassi Racing team in consultation with IndyCar doctor Terry Trammell.

News of the surgery, revealed by Johnson himself on social media, comes after a visit to a specialist on the afternoon following the Long Beach event.

“From Long Beach to the operating room,” he wrote on Twitter.

“Good news is I plan to be ready for the @IMS test in 9 days and Barber on May 1st.

“Thank you to all the medical staff involved.” 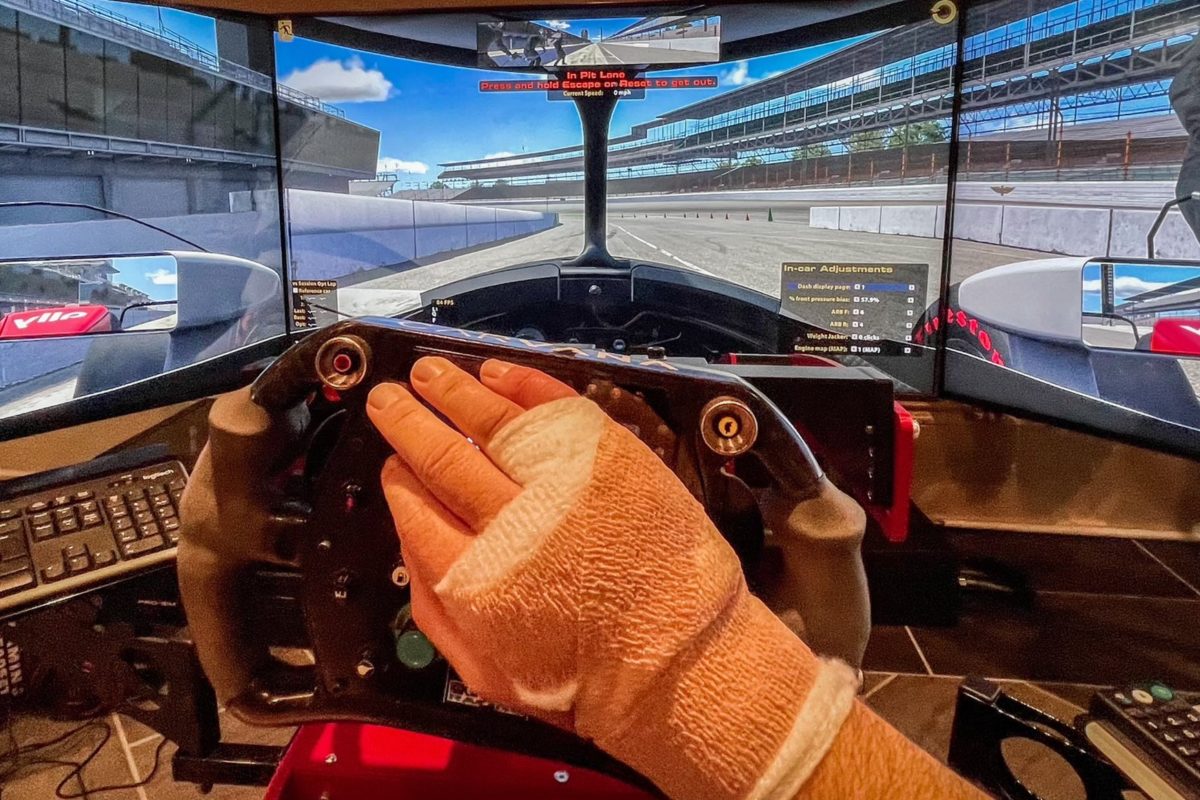 Johnson’s hand, in a photograph tweeted after the surgery. Picture: Jimmie Johnson Twitter

The seven-time NASCAR Cup Series champion highlighted his debut entry in next month’s Indianapolis 500 as the key consideration in how he would manage the injury.

Johnson is set to complete Rookie Orientation at the open test, which takes place on April 20-21 (local time), having made something of a breakthrough in his only IndyCar oval race to date.

While he has never finished higher than 17th on a road course or street circuit, having debuted in the category with a non-oval programme last year, the 46-year-old finished sixth just over three weeks ago at Texas Motor Speedway.

The performance gave him the belief that he can go and win the Indianapolis 500 at his first attempt, before the scare at Long Beach.

The surgery which followed was performed by Dr Glenn Gaston, hand and upper extremity fellowship director at OrthoCarolina in Charlotte.

Johnson was classified 20th at Long Beach after a crash on Lap 76 of 85 involving David Malukas.

He is currently 14th in the series standings and, after the test, his next competitive outing is set to be the Grand Prix of Alabama at Barber Motorsports Park on April 29-May 1, as noted in the aforementioned tweet.

That race, and all others this year, will be streamed live and ad-free on Stan Sport.