Honda: Marquez showed he is still a ‘step above’ MotoGP rivals with COTA fightback

Honda: Marquez showed he is still a ‘step above’ MotoGP rivals with COTA fightback 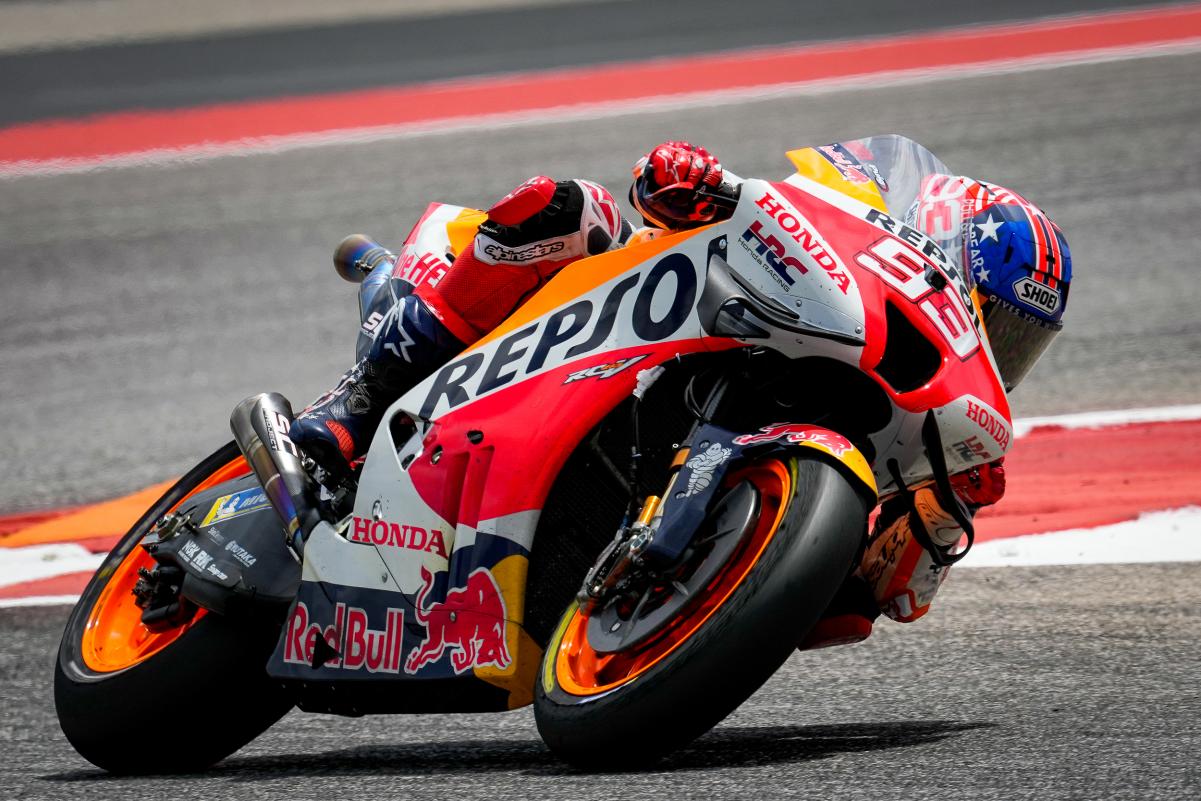 Marc Marquez showed he remains a “step above” his MotoGP rivals with his last-to-sixth fightback at the Circuit of The Americas, according to Honda team principal Alberto Puig.

The Grand Prix of the Americas was a comeback in more ways than one for the six-time premier class champion, considering he missed the last two races due to the sickening Mandalika highside which left him with double vision again.

He qualified ninth in Texas, behind an all-Ducati top five plus a Yamaha and both Suzukis, but would drop to last of the 24 riders as soon as the lights went out for the start of the 20-lap race.

Marquez recovered six positions by the end of the standing lap, and prevailed in a vigorous battle with 2021 champion Fabio Quartararo along the way, before making his final pass with four laps remaining.

“Marc couldn’t ride [race] in Indonesia and then wasn’t in Argentina, so we are really happy that he was able to ride in Texas after his crash during Warm Up in Mandalika,” said Puig, himself a former rider.

“He was able to show his level, which is the same as it usually is.

“He is a rider who is a step above the others.”

Marquez’s tardy getaway was caused by a technical issue, which Puig confirmed is under investigation.

While it was just the second time that #93 did not win the MotoGP race at COTA, his legend at the track perhaps grew even greater.

“He had a technical problem at the start which was a shame. Honda HRC are investigating what happened, what the problem was and what the solution is.

“Even with this situation, Marc was able to overcome it and after Turn 1 his bike was working well and he was able to show his real pace.

“From last after the issue, and very far back from the group after Turn 1, more than six seconds, he was able to show how he was the fastest rider in COTA on Sunday.

“Everyone saw it and he put on an incredible performance.”

Marquez is now 13th in the championship, 40 points in arrears of leader and COTA winner Enea Bastianini, but only two behind Repsol Honda team-mate Pol Espargaro.

After this coming weekend off, MotoGP resumes with the Portuguese Grand Prix at Portimao on April 22-24.