Gen3 ‘on edge’ at Phillip Island without high downforce

Gen3 ‘on edge’ at Phillip Island without high downforce 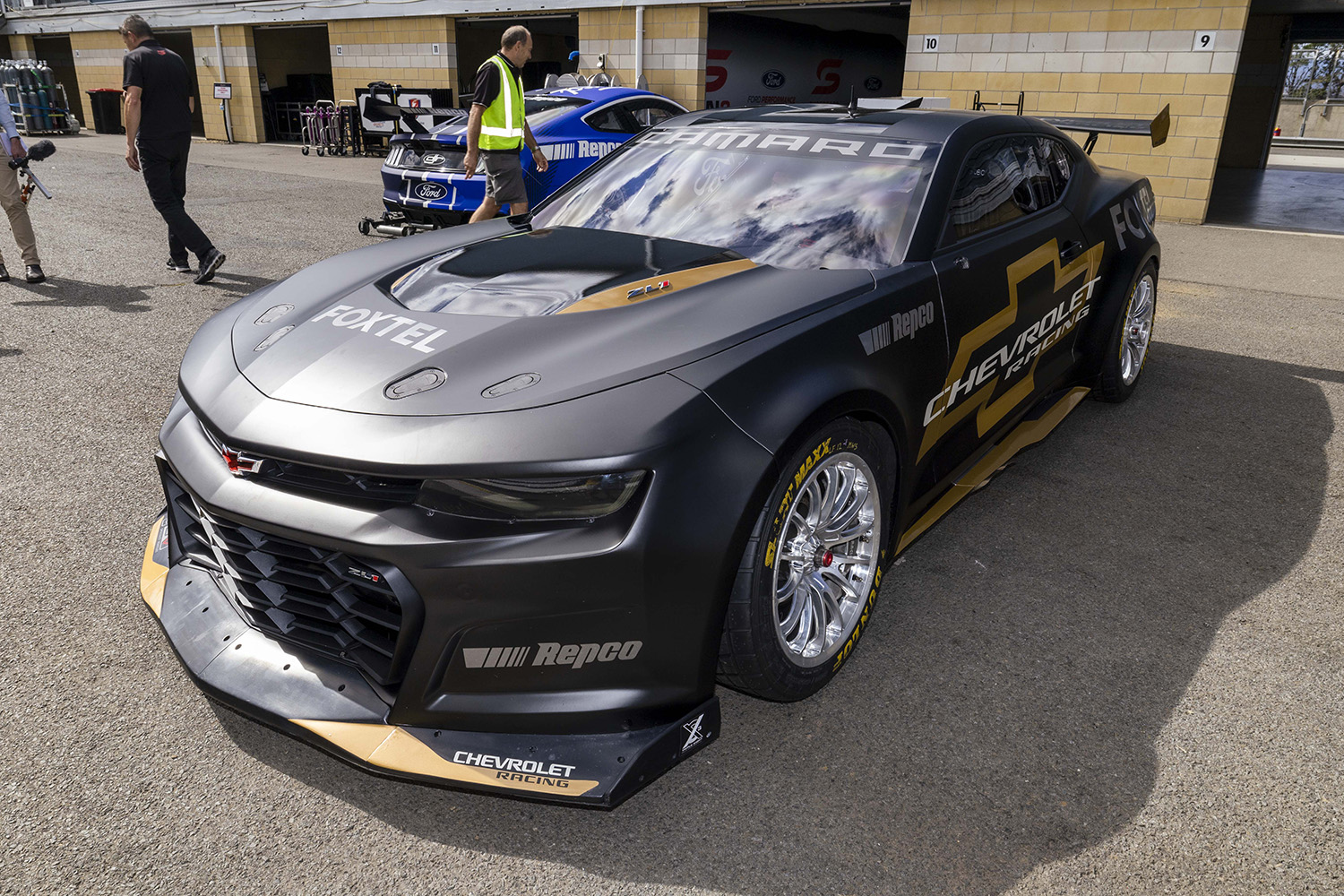 Macauley Jones is optimistic Gen3 will bring better racing to Supercars after having his first hitout in one of Supercars’ prototypes.

Jones was one of eight drivers to take to the Phillip Island Grand Prix Circuit this week to get their first taste of the next-generation touring cars.

Tickford Racing’s Thomas Randle and Jake Kostecki were joined by Jones and his Brad Jones Racing team-mate Andre Heimgartner at the test on Monday.

Yesterday, Shell V-Power Racing Team duo Anton De Pasquale and Will Davison steered the Ford Mustang, while Scott Pye and Garry Jacobson got behind the wheel of the Chevrolet Camaro.

As has been well documented, the Gen3 cars have significantly less downforce than their Gen2 predecessors.

Jones, who last drove a Gen2-spec Holden ZB Commodore at Phillip Island in 2019, said the cars require a different approach with the reduced downforce levels.

“They actually move around quite a bit more and you can feel that there’s a lot less aero,” Jones told Speedcafe.com after piloting the Camaro.

“Coming through the last corner here at Phillip Island – which is normally quite fast, with more downforce, the faster you go the better the front is – you definitely don’t get that sensation from this car. You can definitely feel it’s got less downforce. It’s squirming around a bit, which is cool.

“It feels fast. The power makes it feel even faster, whether it is or not, it feels like you’re on the edge more. You’re battling the rear on exits pretty much everywhere, where we probably haven’t had that feeling.

“At the moment, you’re just balancing the thing on throttle exits, which is fun. It’s going to be lively, for sure. Hopefully we can follow a bit nicer than what we can at the moment.”

Jones noted that he felt comfortable in the car, describing the seat as like being in a lounge chair.

The 27-year-old said it did take a few laps to wrap his head around the characteristics of the car, which are a departure from the Gen2 Supercars he’s used to.

Nevertheless, the Albury-born driver was happy with his first hitout.

“I didn’t really know what to expect going into it, but it does feel quite cool and it moves around definitely more.

“You feel like you’ve got a lot more horsepower even though you don’t, they’re just definitely under-gripped compared to what we have now.

“The power delivery is quite cool. They’re quite nimble, they definitely feel lighter, and it actually feels quite fun to drive.

“It feels like you’re in a lounge chair, they’re quite comfy – for a short person, anyway.”