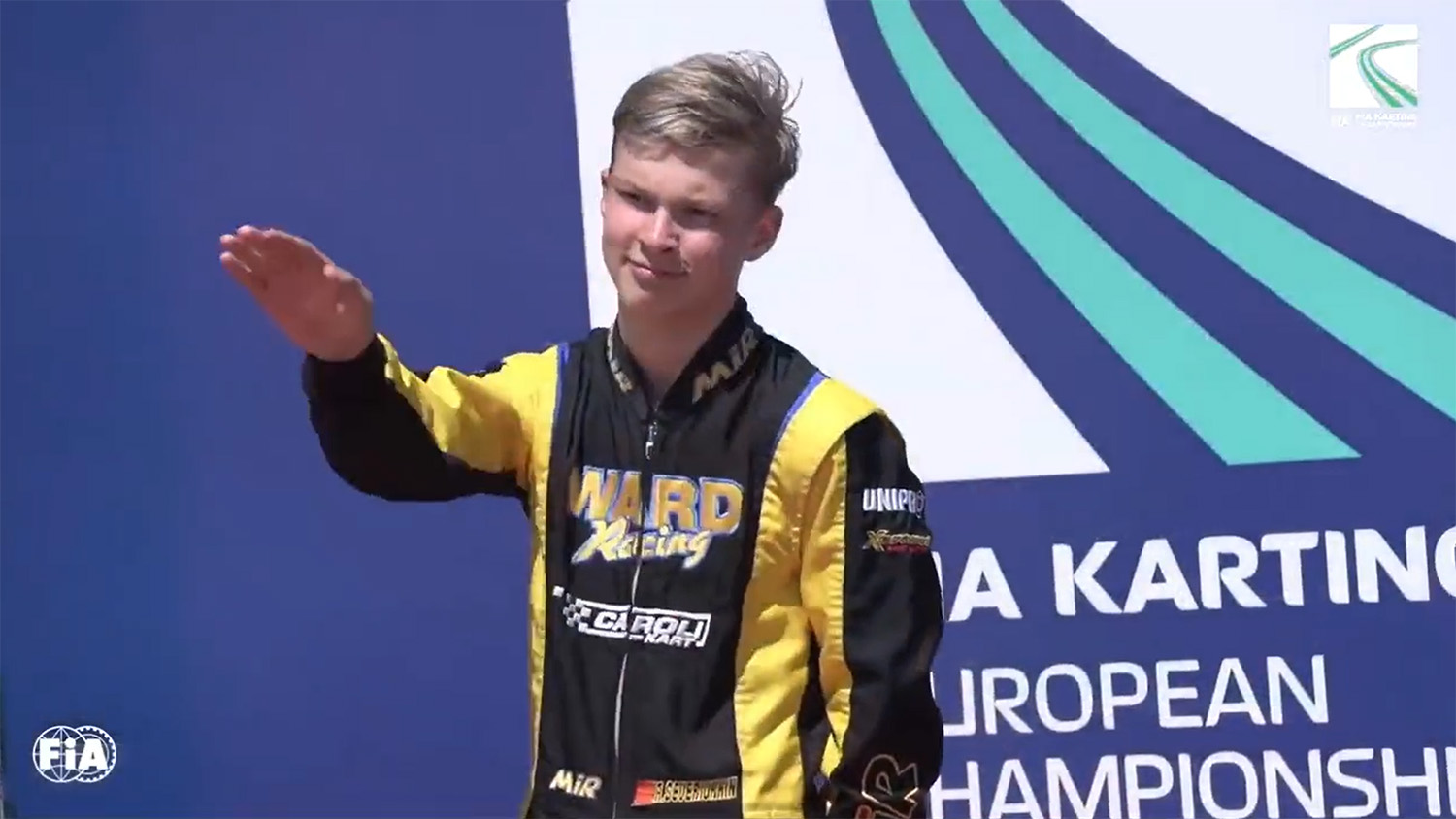 The Artem Severiukhin gesture in question

Russian teen Artem Severiukhin has been stripped of the licence under which he was competing following his infamous podium gesture on the weekend.

Severiukhin was accused of making a Nazi salute while celebrating victory at the opening round of the 2022 FIA Karting European Championship.

The FIA quickly reacted by announcing it would investigate the matter, while his team, Ward Racing, expressed its contempt and declared it would terminate his contract.

With an FIA ban on Russian licenceholders implemented in response to the nation’s invasion of Ukraine, Severiukhin had been racing under the Italian banner.

That will no longer be the case, the Automobile Club d’Italia has determined.

“While the extraordinary meeting of the Sports Council of the Automobile Club of Italy – called to take urgent measures following the unqualifiable and unacceptable gesture of the Russian kart driver Artem Severiukhin, on the podium of the European junior karting race in Portimao (Portugal) – it is still ongoing, it is learned that the Board itself decided to immediately withdraw Severyukhin’s sports license and, at the same time, referred it to the Sports Justice so that it can evaluate the definition of further sanctions that fall within its sphere of competence,” read an ACI statement, translated to English.

“Unavoidable measures, since, with his reckless gesture, Severiukhin has shown a lack of respect not only for the universal values ​​that have always inspired every sport, but also for humanity, dignity and civil coexistence.

“Severiukhin had obtained the Italian license, as required by the FIA ​​regulations (the Fédération Internationale de l’Automobile), which leave young drivers of all nationalities the widest freedom of movement among the international federations, to allow them to grow professionally in those Countries – such as Italy – which have a great tradition in terms of training in motorsport and introducing drivers to professionalism.

“Our country, in particular, has always been the most important in the world as regards the practice of karting, as evidenced by the fact that in 2021 alone 355 foreign drivers, of various nationalities, obtained the Italian sports license for this discipline.”